Sorry it's been so long since the last update. A lot has been going on and the mod requires I do a lot of planning before I get to the creation stage. This post is a brief update on what's going on and where Sity is going from here.

Sity was always meant to be an exploration of gameplay, an outlet to try out different things and generally hope to make discoveries in video game design with an audience for feedback. Sity chapter 2 will not be an exception to this. Because the first chapter was started as a school project exploring non-violent video game design. Now that that project is over the mod is no longer tied to it and I'm free to take it in any direction I like. I will be taking suggestions for chapter two and looking at feedback to see exactly what people what to see. You can expect to see some action added and some more exiting gameplay and probably an option for changing difficulty.

Here is a concept for chapter 2: Sityscape (Done for an interlopers map battle and for the banner on my portfolio. Three birds with one stone ^^) 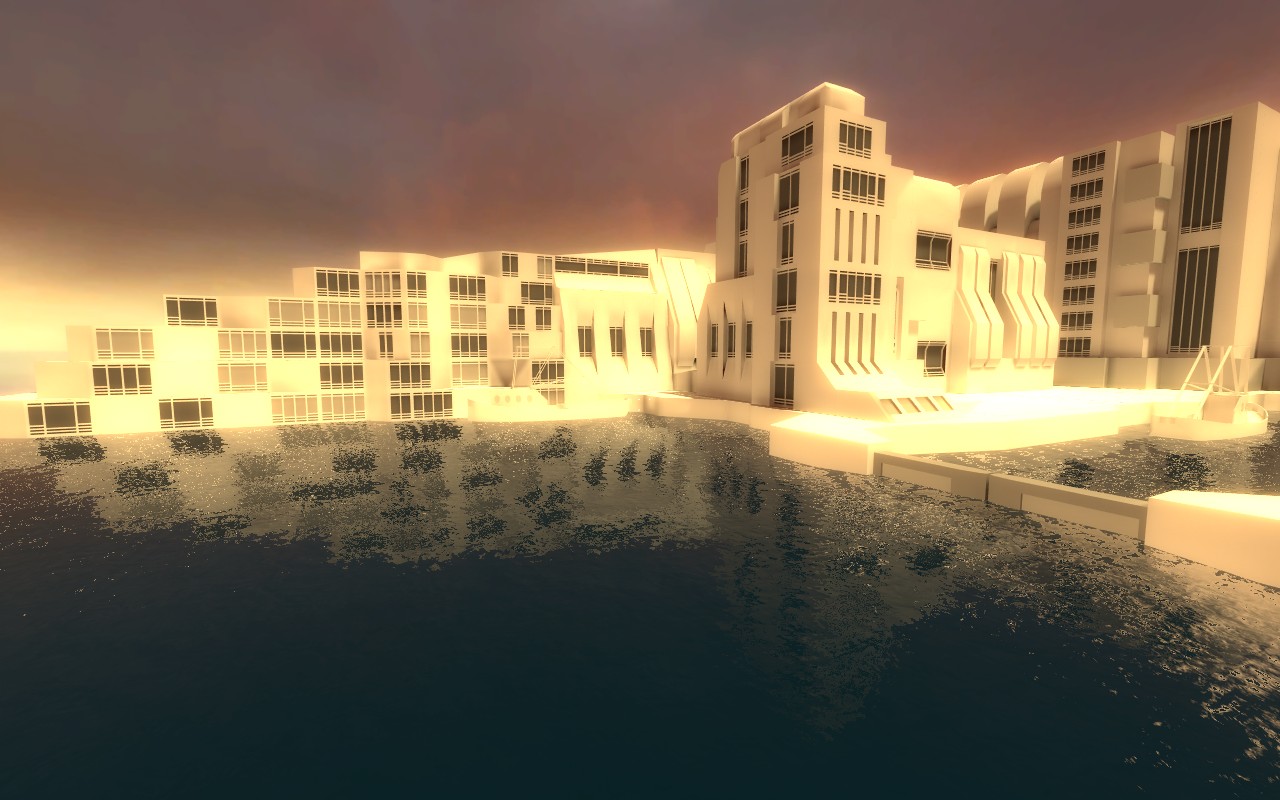 I love the water. Is it custom normal/dudv maps?

Looks really good but not another mirrors edge rip off :S.

Looks really great and very futuristic in my opinion!

My only big beef with the first part of Sity is that the level design was lacking detail. Same textures everywhere, lots of sharp edges, little use of props, etc.
The concept (I remember that map battle, btw ;) ) looks a lot better. More detail on the buildings, and if you can do that on a large scale it'll be awesome!

The lack of deatail was really because I was on a tight deadline, most of the mapping of the second chapter was done within a week. That should change now because usually I'm quite obsessed about detail. As for the buildings, I'll try my best ^^.