I'm going to talk about the v0.012 alpha update of Caveman's Life. There some story updates today, but mostly art-updates. I will list all the features here. I decided that the graphics could be done better, so I'm changing all the graphics. I'm not done yet, but I release this update now because I'm going on vacation the next 10 days.

- Changed all the graphics for the NPC's/player. (Player needs more work and the battle/armor animations also need to change.) 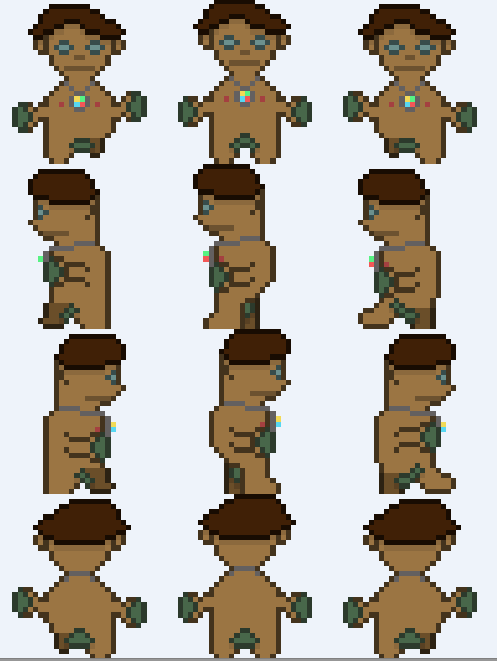 - Changed all the things that I can place in the world/cave. (tree, stone,...) 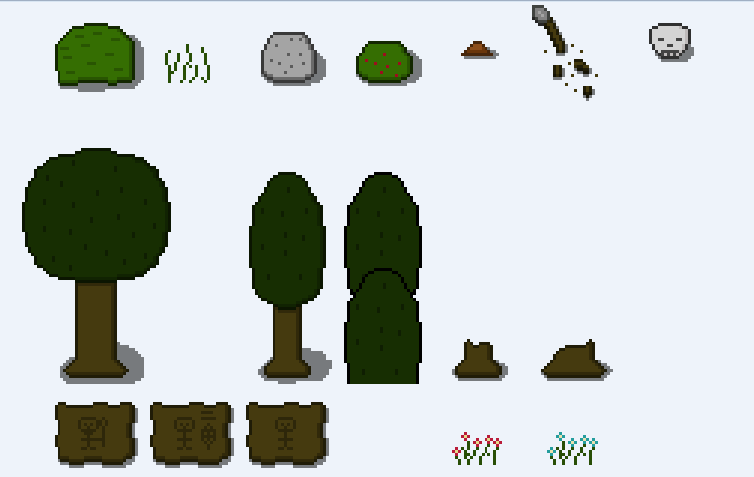 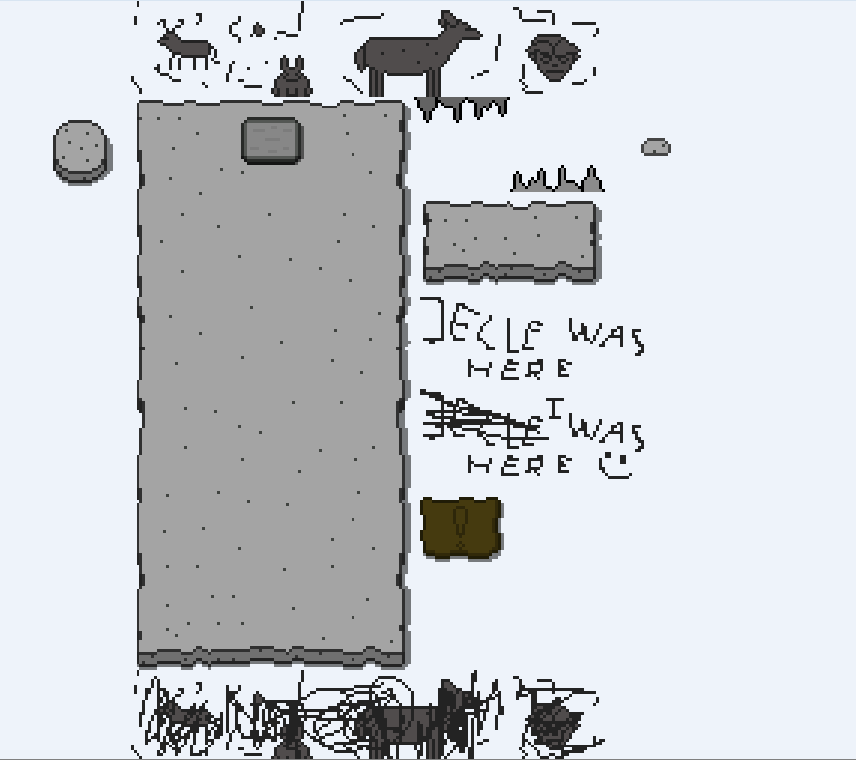 - Changed some items.(Not all the items on the picture are already changed...) 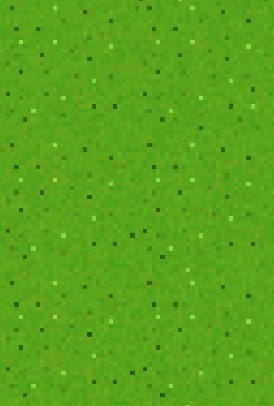 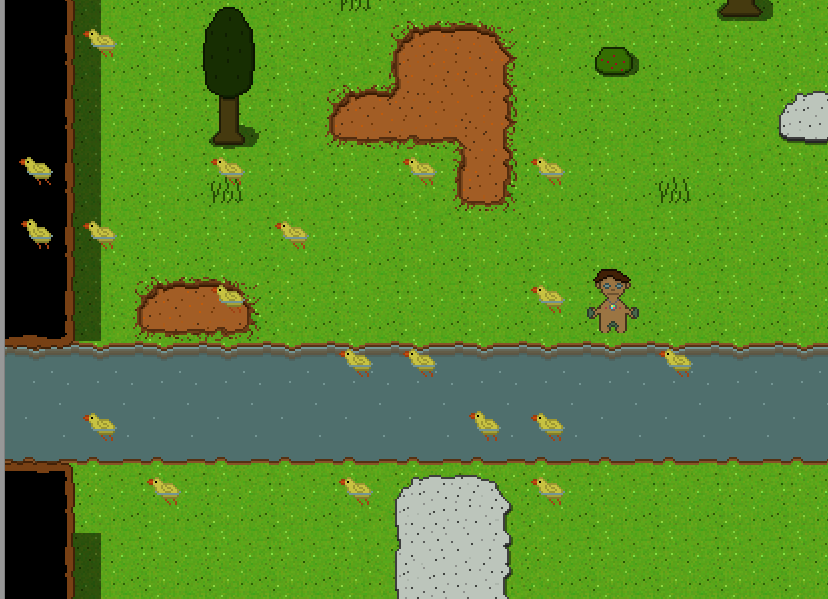 - The enemy A.I. for the slime is much better now.

- Changed the transparant trees to normal trees again. (still needs events because battle animations are ABOVE other tiles.)

- Added wooden signs to the world so you can see where you are. (you can see them in the NEW ART section.)

- Added a short tutorial. It's almost nothing but now you can get trough the tutorial without restarting the game. The tutorial will change later on.

- Added credits for some scripts at the beginning of the game.

- You can play the first mission.

This were most of the features of the v0.012 alpha update of Caveman's Life.
Be sure to check the game out on: