This is an update to keep you guys up-to-date. This update contains no story updates , but mostly art updates.

I'm going to talk about the v0.011 alpha update of Caveman's Life. There are no story updates today *sadness*, but mostly art-updates. I will list all the features here. 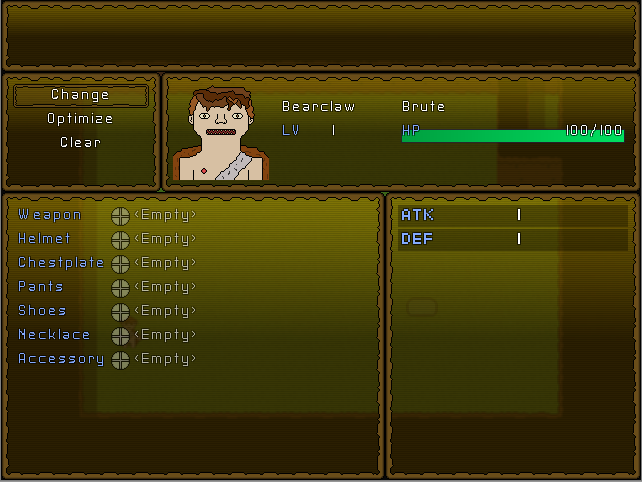 - Renamed the "Armours" tab in the items menu to "Armor" (may change in the future)
- Changed the font size. This changes the font type for some reason so I will give you the option for both font types in the game.
- Updated some menu icons. 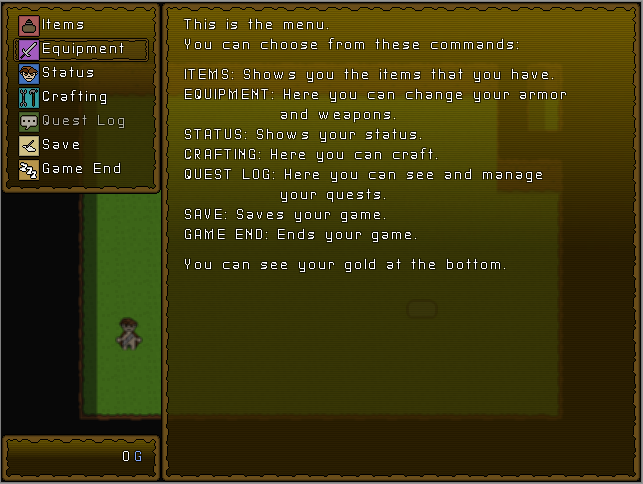 - Added an equipment system that changes the player his sprite when he changes armor.(I made 180 different cavemen sprites for the wooden armor WITHOUT weapons only...)

- I'm making a battle system that does the same as the equipment system but with the attack animations.

- Added stalagmites and stalactites. (I don't know if this is the right English word for it though.../in cave)

ITEMS: (these aren't in-game now, I just made the icons for it)

This were most of the features of the 0.011 alpha update of Caveman's Life.
Be sure to check the game out on:

I hope you will enjoy my game!