We are hard at work on Version 1.0. Already included are new attack cards, tutorial system, loot reward system, combat progression, and a bunch of smaller things.

We are still looking good for the new scheduled release date. There are around 3 more things left on the to-do list and then we are good to go.

Just for some entertainment, we made up a little advertisement: 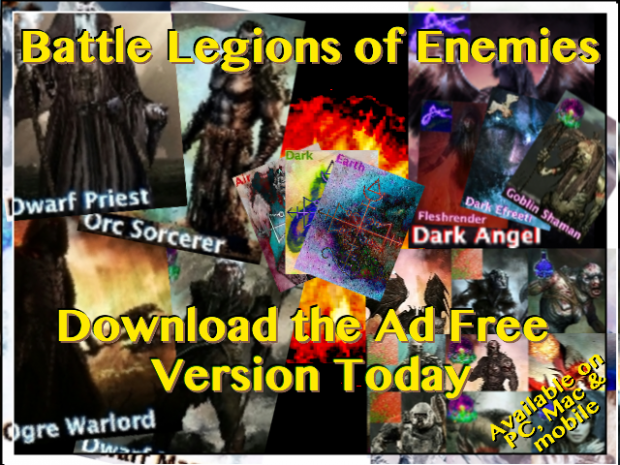 The first thing we wanted to implement for the version 1.0 release was the upgraded element cards. These cards are more powerful than the original elements. Normal elements give a +3 bonus to an attribute, while the element 2.0 cards give a +5. It is crucial to find these cards because of the upgraded combat rating progression (see below).

The element 2.0 cards have ~10% drop rate as loot. You may be asking, what is this loot you speak of? Well, I will tell you why I speak of the loot. It is because we implemented a reward system for when you win in combat! The first time you win at a location, you obtain 3 cards. Each subsequent win, you receive 1 card. Now you will be able to build up your deck as you go along.

This unfortunately also means that you start with no cards. It was nice having a bunch of cards while testing out the demo versions, but that time has past. Do not worry too much, though, as we decided to give you a free card to start you on your journey. 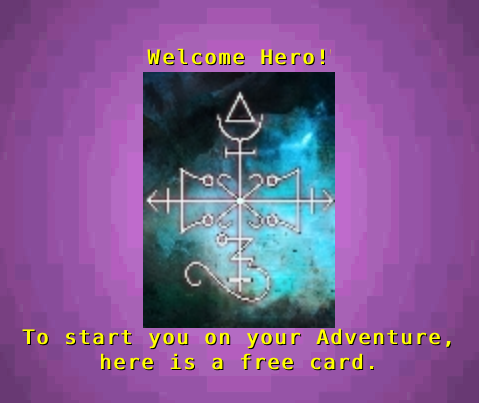 1. Chaos Beast were broken after Monsters were added. Their elements were off and hitpoints were not reporting. Both have been fixed.

2. We removed a lot of the text from the combat screen and increased the sizes of the cards.

3. Combat text is now split and centered so it doesn't go off of the screen.

6. Chaos Beasts have location assignments: Unhallowed Graveyard - Nulling Spirit; Watch Tower - Dark Angel; Geysers - Spire Drake; Goblin Warren - Horned Servitor; Ruined Temple - Skyeater (which now has 10 brawn, 11 mojo, 12 wits and 100 hp). The Skyeater is now considered the "big boss" of the game. After facing three rounds of spawns, you need to be well equipped with element cards to consider facing him. It made sense having him at the end of the game since he is a spawn of the old gods.

You can still access the Indiecade version at the same link: Daring Adventure - Indiecade Version

The latest release versions can still be accessed at: Daring Adventure - Version 0.11