Here's a brief post on how we're approaching the player inventory.

Hello there! This week I thought I'd take some time to write about the player inventory functionality in the game and what types of items the player can expect to interact with. Before starting, it should also be mentioned that the current inventory menu in the game is just a placeholder until Unity releases the next version of it's GUI (which should be sometime this year, hopefully). With that said, let's take a look!

Here's a screenshot of the current inventory menu: 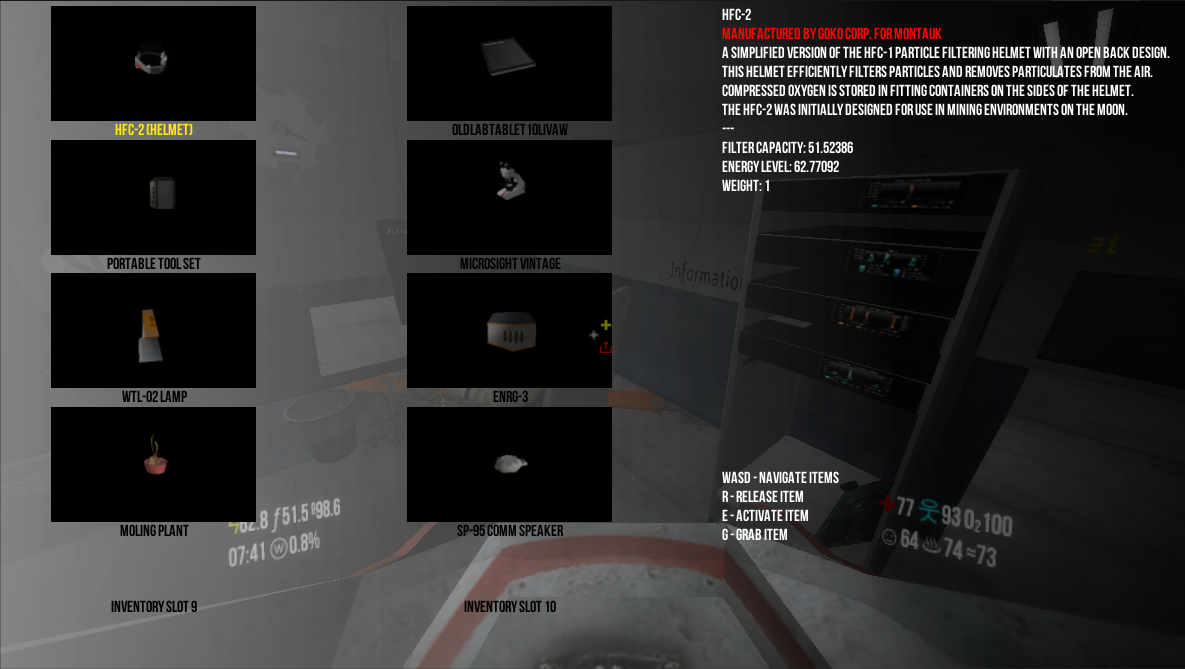 A few things to point out:

As was mentioned in a previous post about the game being hand-centric, most of the navigation in the menus are also performed using the same WASD keys for movement. This is mostly for quickness and immersion as a mouse pointer suddenly showing up on the screen can sometimes take the player out of the game.

One of the design goals is to make just about every object matter. It's a difficult task, but one that we hope pays off. In many first person games the player can sometimes fly through each level without really taking in the subtleties of the environment (although it's usually with a purpose to get to an objective). In Hevn, we're hoping to give every object a purpose, if the player decides to take a closer look. Some of these objects can be placed in the player's inventory and used later on. Some of these objects can be interacted with as well, or even combined with other objects. Also all inventory slots are open, however a few objects affect the player if equipped: Some items will be able to be enhanced. Here's a few that are planned: 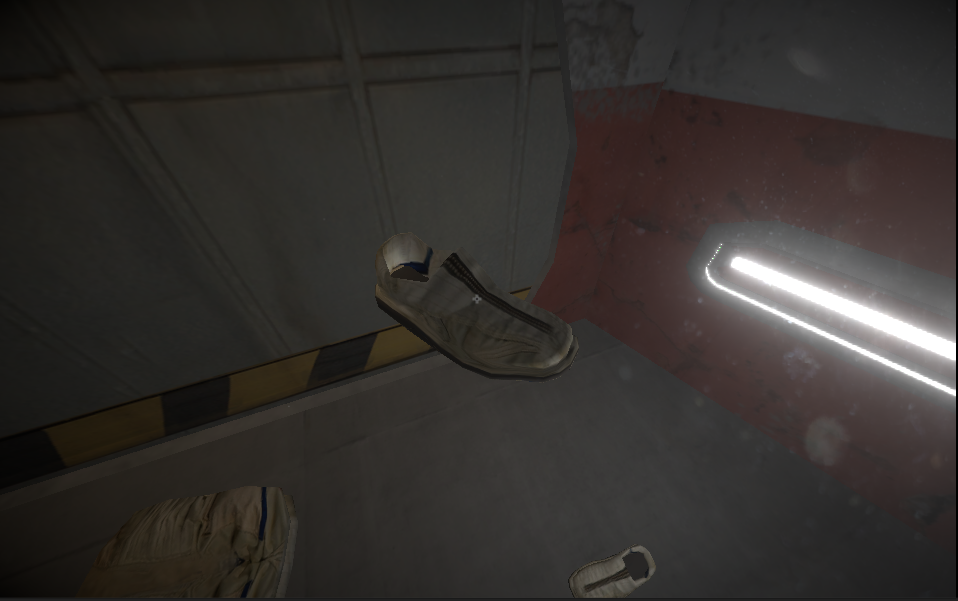 A few other pointers on the menus in general:

Well, that's about it for now. Thanks again for reading!

Thanks for the feedback. Yeah, if we can afford to add more polys as we go we'll definitely do that.