A quick update on progress, new features and random musings.

With 0.9 released, A Clash of Kings is nearing the stage of bug-freenes.

The few that have been reported have been fixed for 0.91, and I've moved on to some of the new stuff that will be included in the next release.

The biggest feature coming in the next version will be custom battle scenes.

When a battle is joined in Mount and Blade: Warband, the game generates a random battlemap. Sometimes these battlemaps look awesome, but most of them look rubbish. 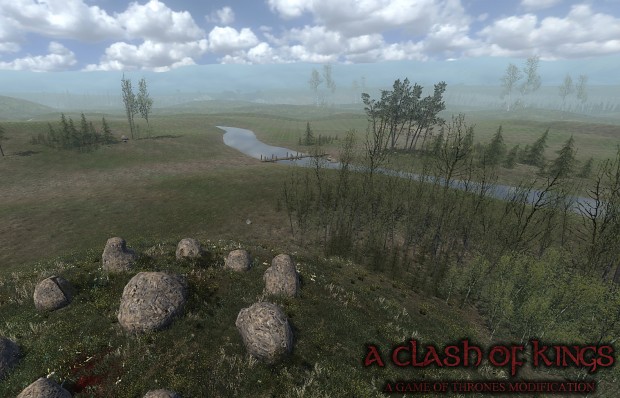 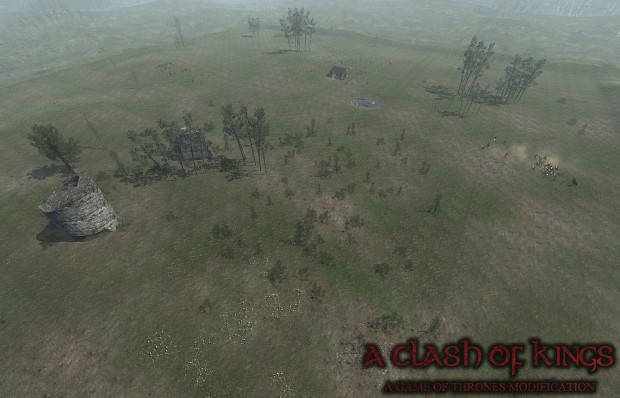 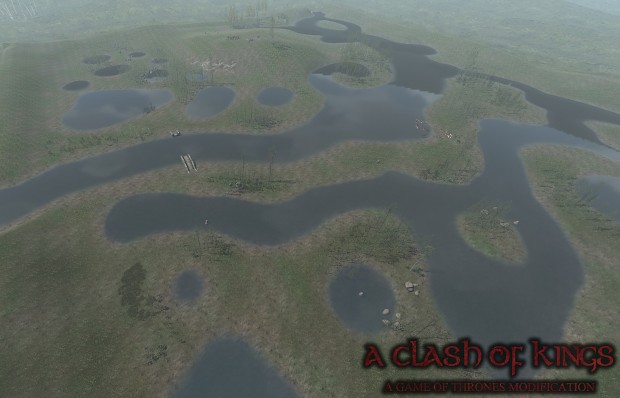 haha guess i spoke to soon on the main page, i'm really looking forward to this. i hate maps with hills, having these flat battle scenes will be great.

hope this won't be such an issue in bannerlord..

I hate em too.

Hills isn't that bad, it is those ridiculous mountains that are bad. Plains with a few hills scattered around is nice. Plains with a crazy river you can not cross anywhere is equally crazy.
Custom battle maps sounds awesome anyways.

"A Clash of Kings is nearing the stage of bug-freenes.
The few that have been reported have been fixed for 0.91"

Does that mean that soldiers won't get stuck by rocks and trees in 0.91 ?

i hope that means battles at sea work too.

I like massive hills on my maps, but then again I usually play on foot with infantry and archers (I find cavalry armies a bit too easy sometimes).

A silly question tho, i am not much used to mods, for every version that is released, i need to delete the old mod content and install the new one, will i lose my savegames that way? Or is there a way to back them up?

I have a problem in tournaments, i can't bet any money on myself...
Is this normal in this mod or is a problem you might be able to fix or do I have to change something in my settings?

BTW nice work with your mod, wouldn't have bought M&B without it

Why can`t i make lords join my kingdom?I have 99 honor and right to rule 80 and still no lord wants to speak to me in private,not even my friends whit who i have relationship over 60 and join my kingdom.Fantastic mod by the way,looking forward to final relese

erm. you have to speak to them when they are alone. erm say far away from another lord.

Is there an item list or a troop tree guide anywhere to be found?

What is the secret faction? I can't find them anywhere, and can you join them? Thanks for the mod, keep up the great work! Also by any chance will we be able to find Tyrion in further releases?

I have been playing in 0.9 verson for some time and there is some small glitch - all upgraded units are still infantry. Previously played 0.5 and cavalry was achieved much faster. How to fix it?

What do you mean? You can recruit cavalry in the cities.

why can't i speak to lords in private with 100 points of relationship if its a bug please fix it.

Hey, which day will Targaryen invasion and whether it is to join them

I just want to thanks the ppl who made this. It's an awesome mod and I think you guys create a kickstarter and a standalone version.