Two new versions of "Fall of Berlin" are finally released! 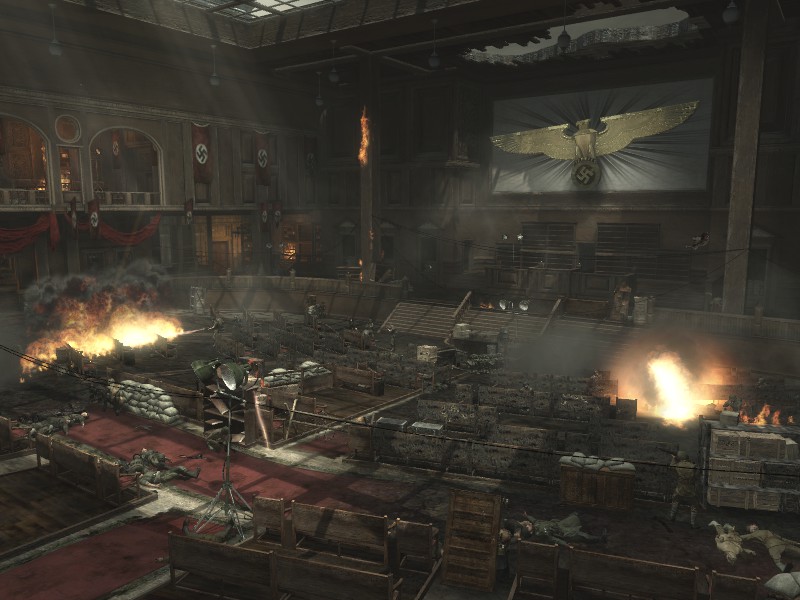 Details of the Fall of Berlin 3.5 regular version:
- As an 'experimental' work of mine, aiming accuracy of teammate AIs will be drastically increased.
- New modifications on certain weapons:
1) Edit ammo and magazine capacity for Thompson, M1897, MG42, FG42, Type 99 LMG, and M1911.
2) Change names on few weapons. Such as, M1A1 Carbine into M1 Carbine and DP28 into DP-27 (DP-28 is a name that is widely known among Westerners, but Russian usually prefer to call it DP-27).
3) Change AI overlay texts for DP-27 and M1919, from Submachine gunner into Support gunner.
4) Increasing damage output for the regular M1903 Springfield and Scoped FG42.
5) Adjust reloading times on MG42, M9 Bazooka, Panzerschreck.
- New ranks for Soviet troops: Yefreitor (Yefr.) and Junior Sergeant (Jr. Sgt.), also removed Corporal (Cpl.) from this faction (a lot of thanks to gicombat for this modification!).
- A new rank for US Marines: Private First Class (Pfc.).
- New surnames for teammate AIs.
- Weapon randomization among German and Soviet troops will be modified.
- Insignia of ranks on Waffen SS and Japanese's IJA troops.
- New/modified textures for some units like Hitlerjugend.
- Decrease the appearance of the Luftwaffe/Airforce infantry. Because in the previous versions, they appeared too frequently in some missions.
- Pacific Theater 1.7 will be included.
Along with special textures for the Semper Fi mission inside 'Semper Fi folder'.
- More 'Extra Textures' and minor mod files, please read our instructions carefully if you want to use them.'
- ***New d3d9.dll file made/edited by gicombat, this version will bring our beloved WaW's intro back! 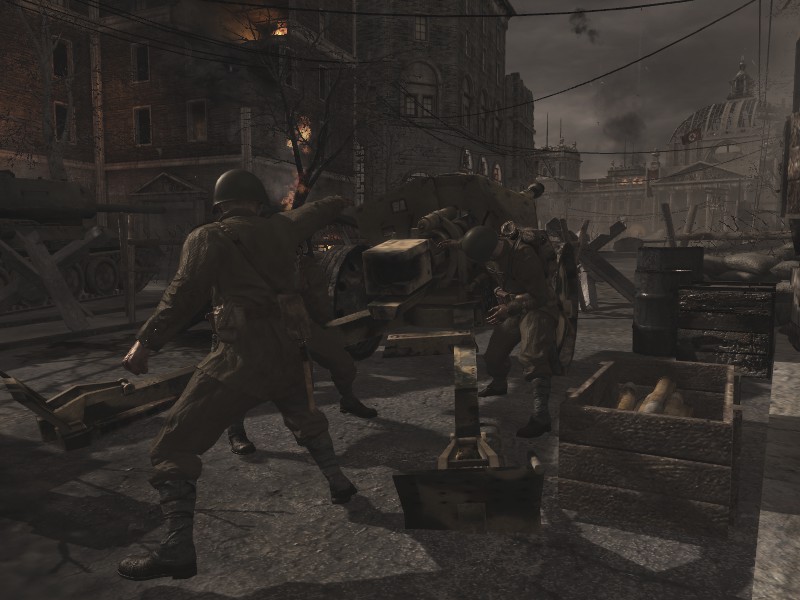 Details of the Fall of Berlin 3.5 + COD3 version:
- Similar as above, but with a combination of amazing materials from Call of Duty 3 German Military mod, made by venomgj.
You can check the original mod from here: Gamebanana.com
- From above, most of COD3's German soldiers and their helmet variations will be included among the German forces in large numbers.
- The bug issue on MG42's bipod from the original mod has been fixed in our version.
- Three mod.ff files to install in your mod folder. 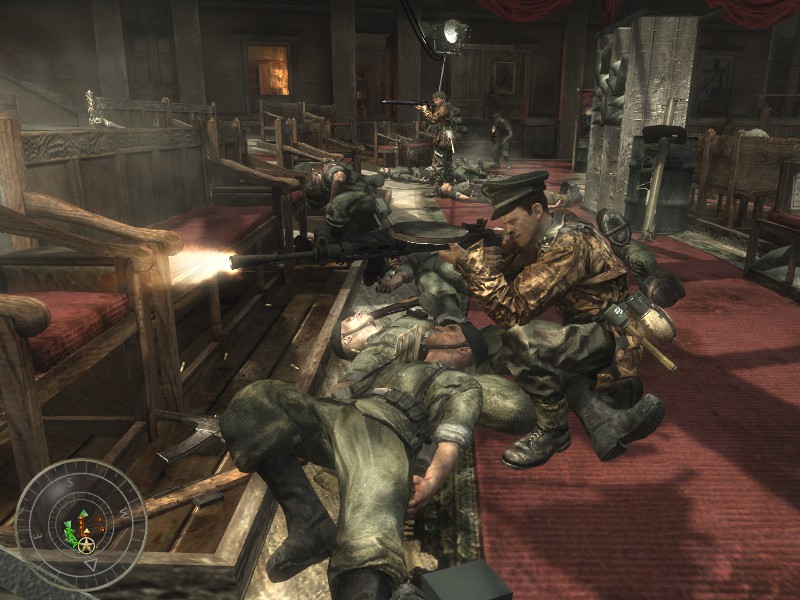 NOTE: ***Kriegsmarine Naval infantry texture mod will be located inside the "For Heart of the Reich and Downfall" folder.*** HIGHLY RECOMMEND TO USE IT WHILE PLAYING HEART OF THE REICH AND DOWNFALL MISSIONS. This mod will replace the default 'Luftwaffe infantry' into the Kriegsmarine Naval infantry. Due to the historical fact that some of the Naval infantry troops (likely to be a part of Grossadmiral Dönitz Battalion) were among the defenders during the Battle at Reichstag and its surrounding areas. 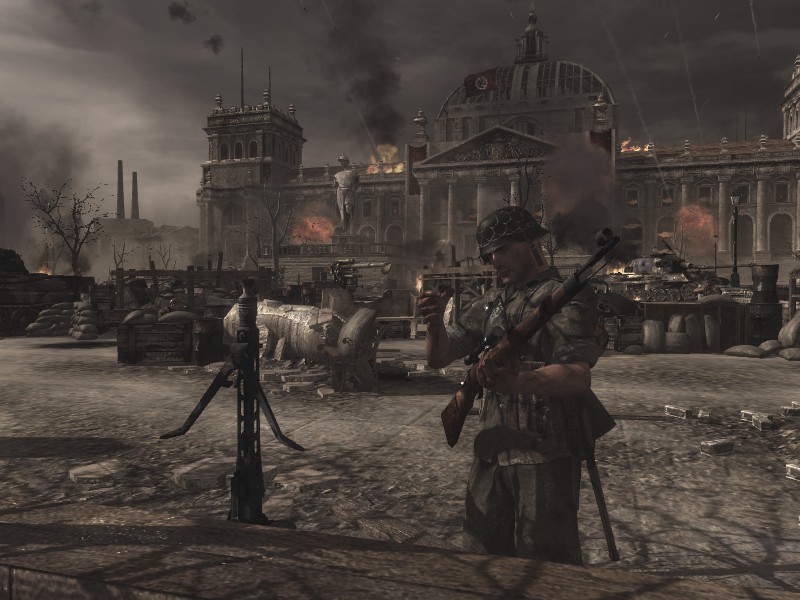 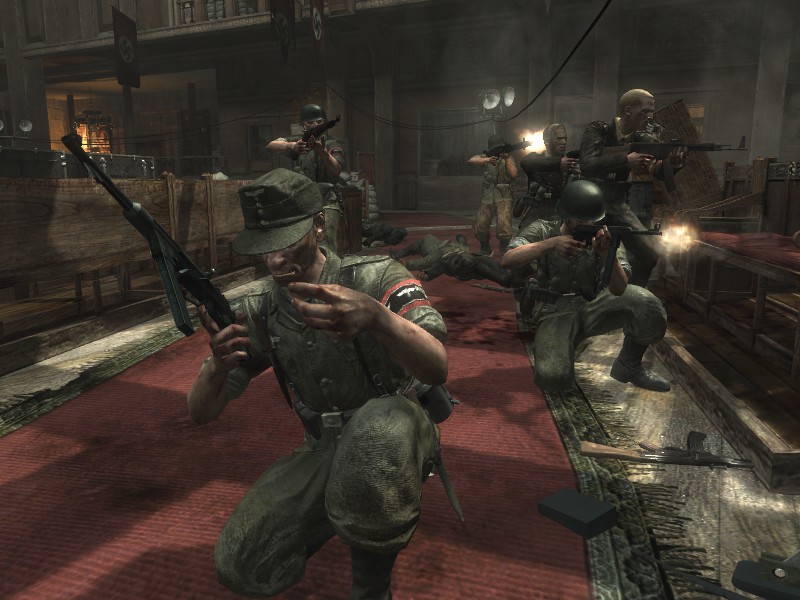 EXTRA info for those who want to know what kind of OLD + NEW German units were represented in the Fall of Berlin (FoB) mod:
1. Heer (Army) troops: appear with both regular tunic and Panzergrenadier models (those with 'Splinter' camo smock). Based on:
- 309th Infantry Division (Seelow)
- Panzerdivision Muncheberg (Seelow and Berlin)
- 18th Panzergrenadier Division (Seelow and Berlin)
- 20th Pzgd Div (Seelow and Berlin)
- 25th Pzgd Div (Seelow, but elements of them might retreat into Berlin also)
- Some other Heer and newbies units
2. Waffen SS (mainly) and other SS-related units: appear with a regular tunic, Waffen (camouflaged tunic without shoulder straps), officer (AMSEL) model, and Panzergrenadier model (smock with SS camo). Based on:
- The FOREIGN VOLUNTEERED 11th SS 'Nordland' Pzgd Div, mostly comprised of Scandinavian SS (Seelow and Berlin)
- 1st SS Anhalt Regiment and those who were filled into 'Kampfgruppe Monke' and 'Babick' (Berlin)
- A part of Panzerdivision Muncheberg ('SS. Panzergrenadier-Ersatz-und- Ausbildungs-Bataillon 1' from the 1st SS Leibstandarte Panzer Division)
- Around 600+ men from the 1st SS Leibstandarte Division (Berlin)
- Other foreign volunteer units like a company of Latvian SS from 15th SS Waffen Grenadier Division and French SS from the SS Sturm-Battalion Charlemagne (Berlin)
- SEVERAL other SS units in Berlin
3. Volksstrum (armed civilians and newbies, aka "The Old, The Young, The Weak" by Reznov): regular tunic with Volksstrum armband, based on so many Volksstrum units in Seelow and Berlin.
4. Fallschirmjager (paratroopers): appear with FJ with jump smock models, based on paratroopers of the '9th Fallschirmjager Division' (Seelow and Berlin).
5. Luftwaffe infantry (default 3.5 version): replace 'char_ger_honorguard_body1_c' model, based on those who were attached/filled into the Axis defender forces in both Seelow and Berlin battles. Notably, the 9th Fallschirmjager Division, a majority of them were inexperienced Luftwaffe ground forces and trainees.
6. Kriegsmarine naval infantry (inside 'For Heart of the Reich and Downfall' folder): replace 'char_ger_honorguard_body1_c' model, based on the 'Grossadmiral Dönitz Battalion', which was sent by Grand Admiral himself and reach Berlin on April 25/26th).
7. Hitler Jugend: replace 'char_ger_honorguard_body2_c' model, based on several Hitler Jugend units in Seelow (last defensive line) and Berlin. 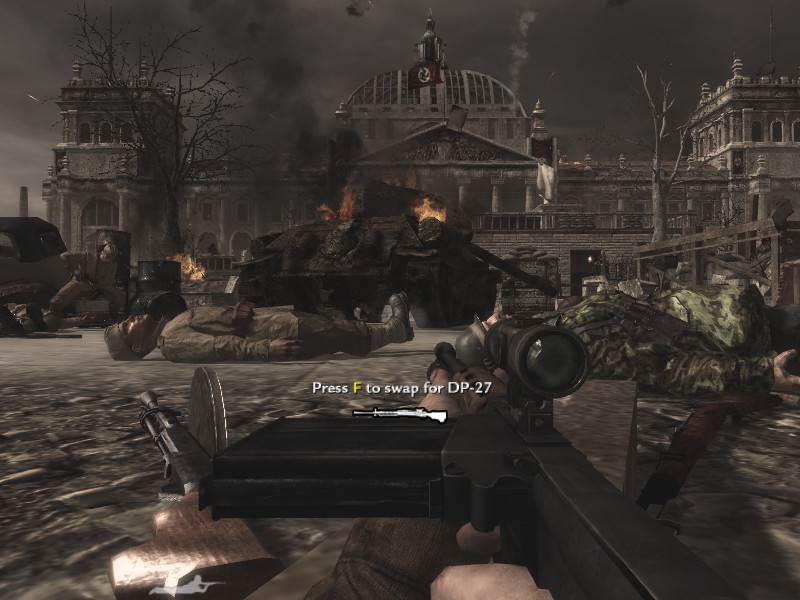 3) Walkthrough video of this mod in Their Land Their Blood mission (possibly either 3.3 or 3.4) by 'Il ContraVersi Entertainment':

4) Walkthrough video by Luna (3.5 + COD3 ver). However, I want to remind everyone to never ever forget to put a file called "mod_patch.ff" into your FoB mod folder. In order to fix the weird MG42's bipod issue!

I guess that's all, folk! Please contact me right away if our mod(s) caused any problem. And you can give us feedback and review for our mods if you're interested.