This update holds a big part of the game: The levelling mechanics. Another big thing is the new map you can play if you are level 4 or above. From now on will your characters have levels and level up by destroying other mobs of various levels. Gear also has levels which influences their stats. There are also statpoints you can spend from here on to unlock certain features. Furthermore there are lots of bugfixes and there is new music included in the game. 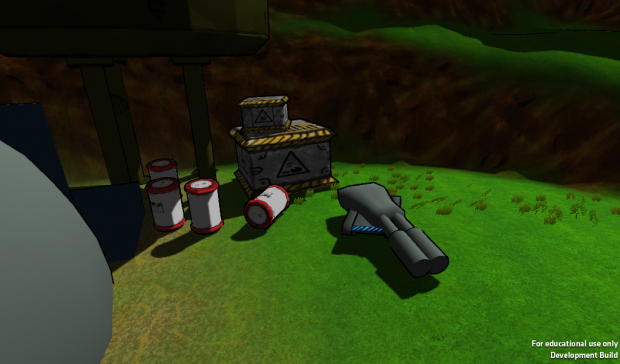 For each level you gain, you will get a new stat point you can spend. So far there are 3 stats you can put a stat point in: Armor boost, Allow to build Dual Cannons, Allow to build Tesla Cannons. In there future there will be complete talent trees available for each class. 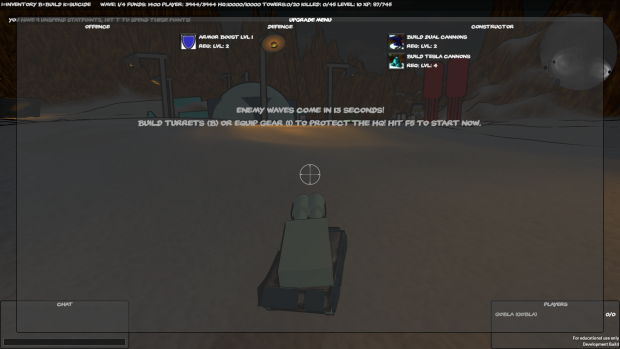 The mobs are mad that you keep killing them. So mobs now also have levels along with the health boost that comes with it. Mobs now also can equip armor and better weapons (which also can be stronger depending on their level) because they thought it was unfair that only you could equip armor and better weapons. Mobs also drop gear now within the range of their own level. 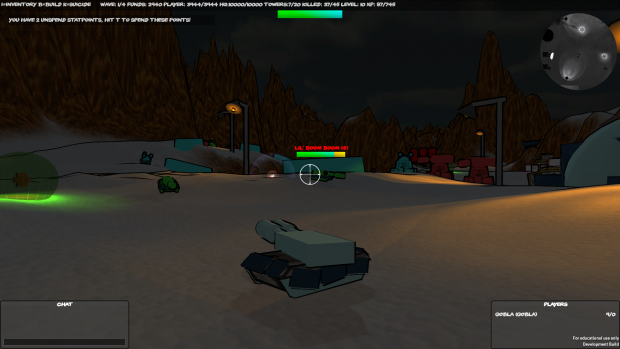 Gear now has different kinds of levels and level requirements. So a level 4 armor can now be equiped when you are at least level 4. However this level 4 armor will hold better stats than the same level 1 armor. 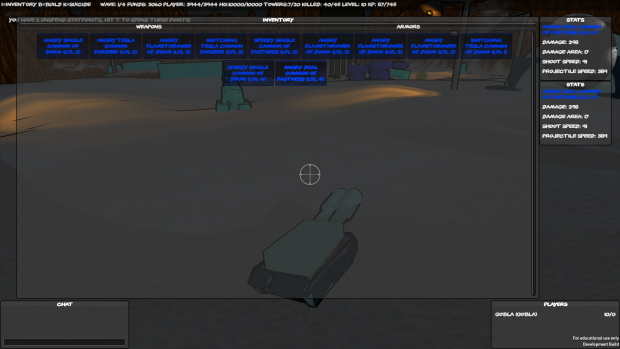 Frozen peaks is the name for the new COOP map. This map is set in the snow covered mountain tops. This map has dangerous cliffs you can fall off and multiple access points from where mobs can enter. There are also a lot more mobs that you will encounter in this level. Mob levels here range from 4 to 6. 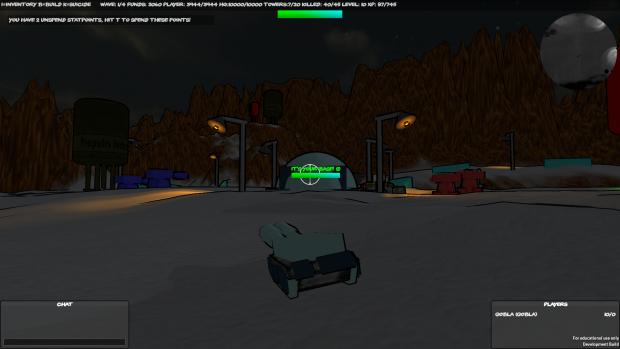 There is new music in the game. The music differs from the building, battle and boss phase. More music will follow soon for each level.

There are so many bugfixes that I've lost track of what bugs have been fixed. However the whole game should be much more stable.

I am planning on creating a wiki that can be filled in by you! I won't fill this wiki myself because I would like to see the interpretation of you of the game mechanics. This way I can adapt the game mechanics to better liking. If you want to participate in filling the wiki, please let me know so I can set up an account for you. I will only moderate the wiki so no spam / profanity / etc comes on the wiki.