Update game: A defensive Fort and the behavior of the archers Horde attack

1. More cute Fort.
2. Archers:
1. Began to attack, depending on the area of visibility
2. Attacking the player and attacking the enemy.
3. Can attack both (player and enemy). 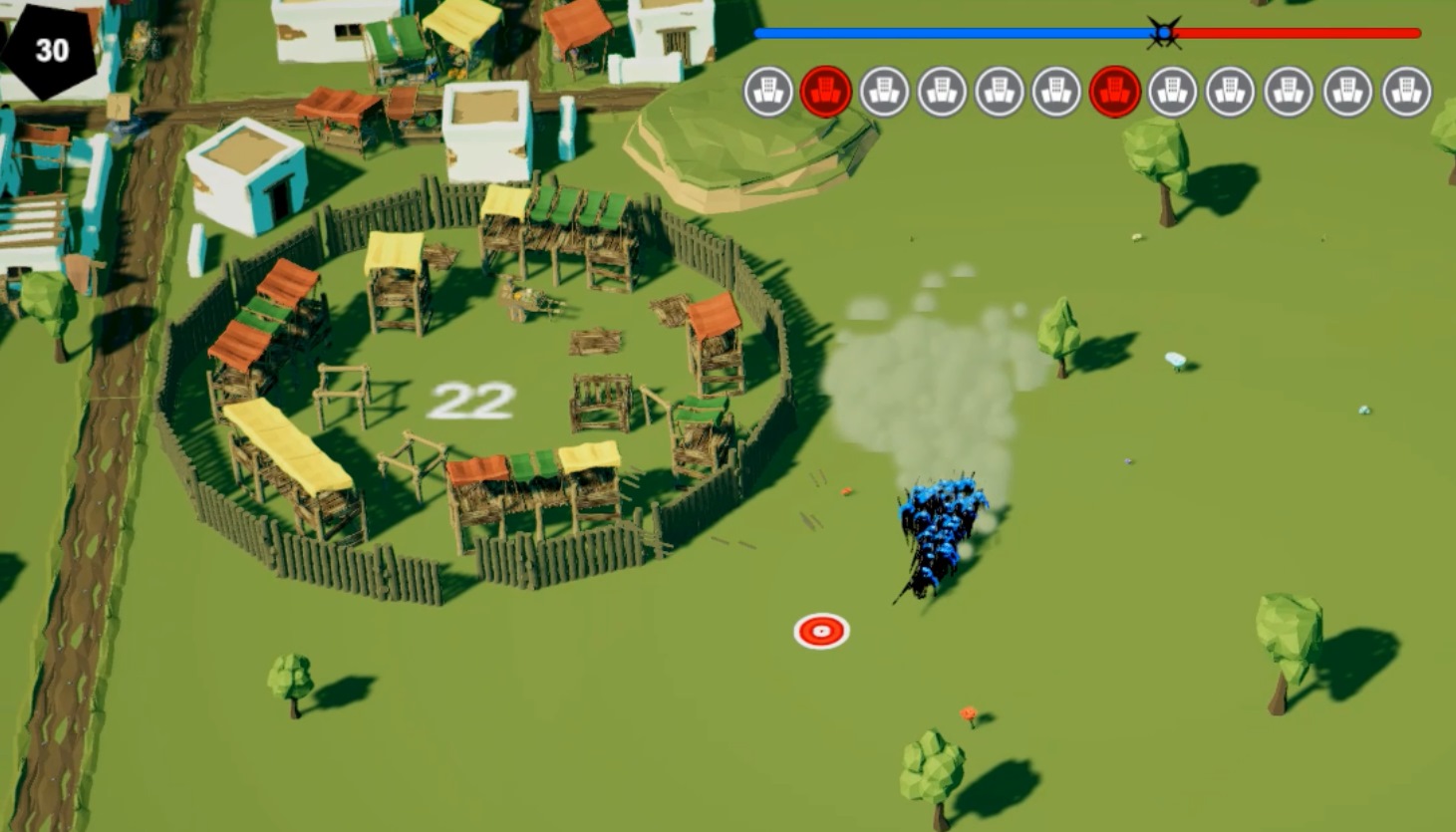