The big worldmap update will be published on the 29th of February! In other news players will then be able to fully customize the looks of all their Battle Brothers.

February is almost upon us, time to announce a date! The worldmap update will be released exactly one month from now, on February the 29th. We’ll use the time until then for adding some more minor features and more content, as well as for bugfixing and balancing. As the release draws closer, Jaysen will also start a new Let’s Play series to give you a tour of how the game now plays.

Bugfixing and balancing doesn’t make for good content in blog updates, sadly, so this week we’re a bit short on material. Let’s look at some pretty pictures instead!

Most of the worldmap visuals are finished now. There’s a few settlement locations left to be done, like the harbor, but at this point it’s more polishing than creating new assets. Take a look at one of our new environments, the steppe. It’s modelled after terrain you’d find in some southern European countries, like Spain. With a drastically different look from the tundra and snow you can find in the north, it makes for more distinct regions in the world and more variety as you travel it. How much steppe there is, and where it is exactly, changes with each world you generate.

Swamps also received an overhaul. Looking more dreary now, they can be found in small to medium stretches more or less all over the world. Traversing them has become slightly faster, but travelling on dry land is still preferable. That ground fog is actually animated, and they have quite a lively sound ambience.

Mountains are still not something you want to cross regularly, as it takes a long time and is costly in terms of supplies. To make it easier to distinguish them from hills, all mountains now have snow caps. Should you make it to the top, you’ll be able to see far across the land - useful perhaps if you’re looking for something.

Hills are now a common terrain that can be crossed at decent speeds. Settlements at hillsides often have an economy based around mining, like the one in the picture below. Goats are held here as a source of food, and you’ll be able to purchase goat cheese in the settlement. The gem mine will also likely make caravans from here juicy targets for bandits, which in turn means good job opportunities for mercenaries. 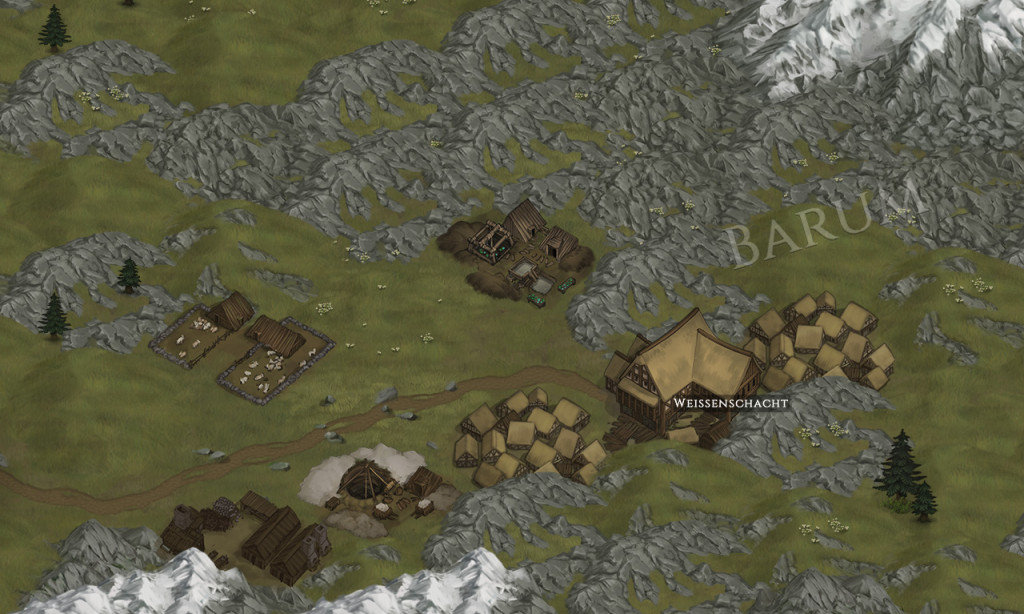 Noble houses are quite a bit more active than the Landsknechts of old, especially when it comes to defending their territory. This picture shows a company of soldiers led by a knight battling against a horde of marauding orcs. Speaking of orcs, they had all their sounds redone and a lot of new ones added to bring them to the same level as goblins.

The barber offers his services in a building you’ll be able to find at the larger cities around the world. Whether you’re looking for someone to cut hair, trim beards or sell you dubious potions to lose weight, the barber has you covered for a modest fee. 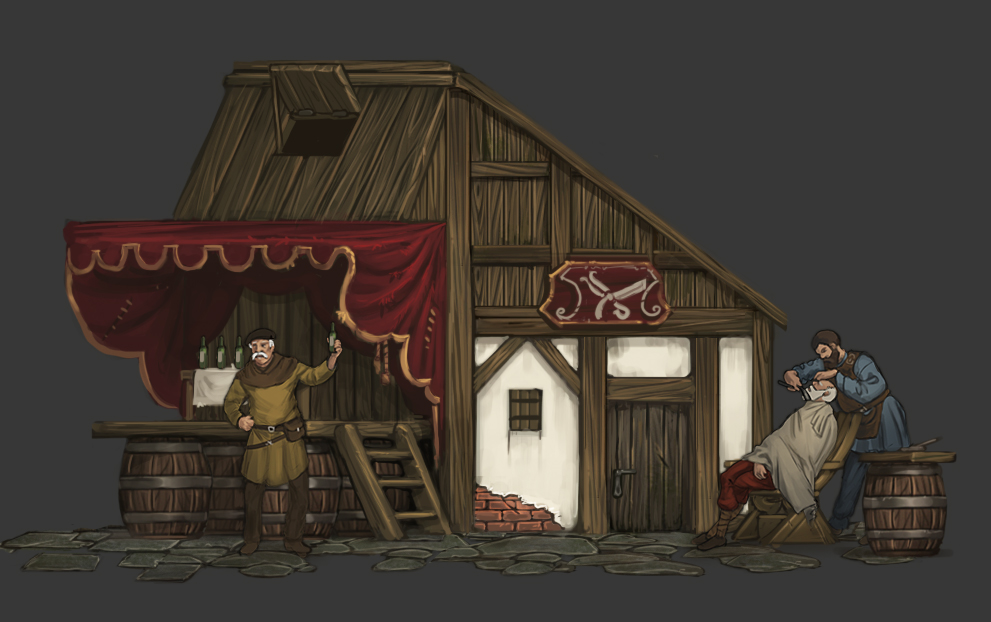 With the barber we’re adding the ability to customize the appearance of any characters in your roster to your liking. Getting to know your Battle Brothers and bonding with them as they accomplish heroic feats or flee like cowards is part of the fun, and now you’re able to grow that axe guy who saved everyone a suitably majestic beard, or shave clean the head of the coward who runs at every battle. Some players have expressed that they’d like to mold characters to their likeness, or to that of characters from their favorite book or movie, and that’s possible now as well. And like all buildings in the game, the barber, too, helps settlements feel more distinct in the services that they offer. 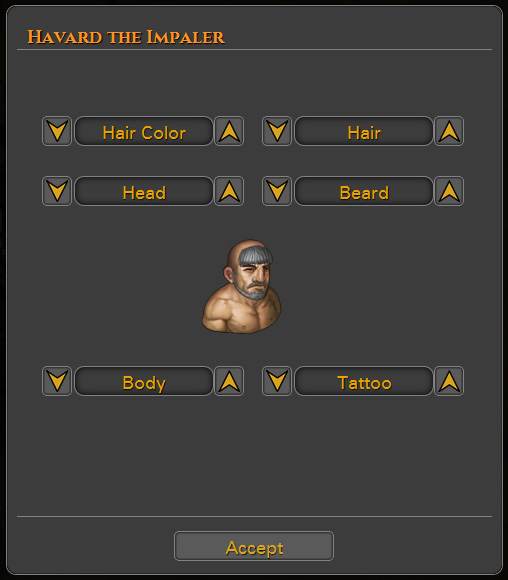 As the sun sets and the moon rises, as your men drag through the snow in the dark, settlements are now visible as beacons of civilization from afar, for they light torch and candle.