It's update time! We've got a lot of major things to talk about but I feel like it would be cool to give you guys a peek behind the scenes of us making the game.

Posted by goodnightgames on Sep 9th, 2016

We've got a lot of major things to talk about but I feel like it would be cool to give you guys a peek behind the scenes of us making the game.

At the moment we're currently test fitting the art into Malevolent Machines. So to give you guys a sneak peek at the process this is what it looks like right now: 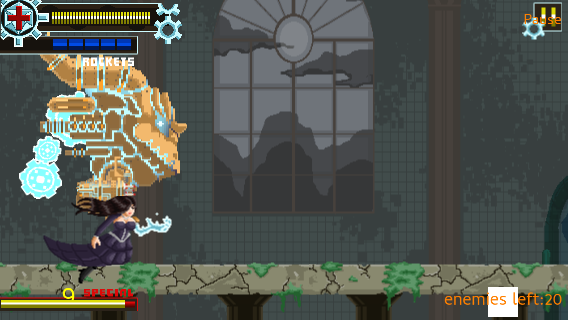 So you can see it's coming together! How great is that? This game is shaping up to have the best graphics we've ever done. You can still see some of the test objects we've put in to measure certain aspects of the game. The bottom right being the best example. The levels can only be completed by killing a set amount of enemies which will in turn lead to a massive boss battle with Leyla's larger failed creations. Right now we've got literally the world's ugliest system text in there. It will all be replaced of course. We're also missing most of the background objects which will be added over time and of course we'll show you everything as we do it.

Until we've got them rolling through just fine let's have a look at the concept art for the first two levels. You'll start in Leyla's lab: 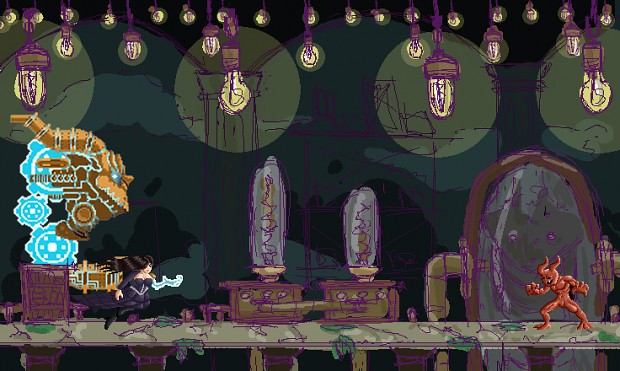 Then afterwards to the hidden tunnels underneath where a secret death cult has taken up residence. Leyla was so busy with her experiments she never noticed: 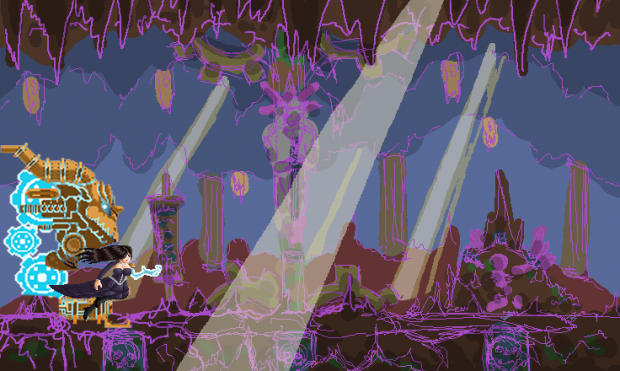