Today we want to update you on the latest developments on the Verdun front. Behind the scenes we have been working on exciting new content, graphical updates, bugfixes and team extensions. Oh, and we are part of the steam summer sale!

Today we want to update you on the latest developments on the Verdun front. Behind the scenes we have been working on exciting new content, graphical updates, bugfixes and team extensions. Oh, and we are part of the steam summer sale! 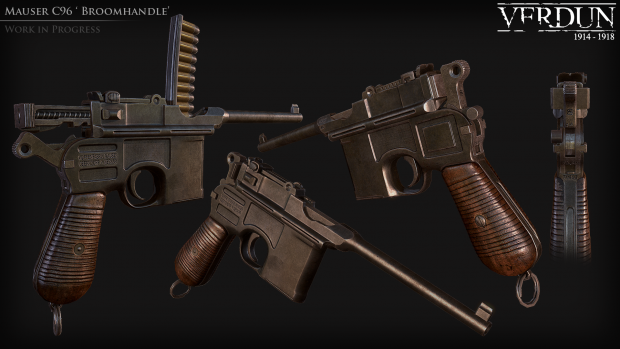 Infamous C96 Mauser "Broomhandle, part of the new content in the works

Version 218
Available on the beta branch, and soon available for everyone is the 218th public version of the game. It contains:

Content
The last few weeks we made some concrete plans for the upcoming Free Thematic Expansion Packages (Yea you heard that right: Free DLC because we appreciate our fans and want to make an awesome game). Read more about that here. Our focus, besides bugfixing, will be the addition of cool game modes and we are very excited to play those with you. While we are not commenting about timeframes we do want to underscore that adding game modes and new ways to play and experience the Verdun gameplay and all the unique features have a very high priority and will be rolled out as soon as possible.

Secondly work on the fort Douaumont level has been progressing at a steady pace, we hope to start teasing you with some material very soon! We hope this level brings an entirely new style of play with indoor fights and a dramatic backdrop. We have done massive research on the fort and even visited it!

As you can see we are also working on adding more weapons to the game, in combination with the new squads or to existing squads. The first one to be teased is the Mauser C96 "Broomhandle", the very famous German-made 10-round semi-automatic pistol. Around 137,000 saw service on the German side. The pistol was also a very popular private purchase and for instance Winston Churchill wielded one during the second boer war. This game will be in interesting addition to the German weapon arsenal in the game. We hope to introduce this weapon in the game at the same time as the new squads. We will keep you informed!

Team Extensions
One important decision we made was to increase the size of the team so that we can maintain and improve Verdun for the long term. Our vision to create an awesome first person shooter experience and do right by the subject was almost universally recognized by the audience and press and this motivated us to invest in a bigger team to realize this. In the next couple of weeks we shall install several team members in the programming department (to polish the game, fix bugs and craft the new game-modes) as well as an animator to update the existing animations and create the new ones for the many new weapons that will be added in the coming time.

Graphical Updates
Our art department has also been putting in extra effort. The first focus was an update to the tanks and artillery that can be found around the levels and more. In addition to that we have been working on adding more details to the maps as well as adding more interesting gameplay components (like cover on picardie) to the the maps.

Have a look at the following imagery to get in impression of the updated art style (fully taking advantage of the advanced Physics Based Rendering) on the vehicles. The detail on most artillery pieces is now increased a tenfold especially up close. 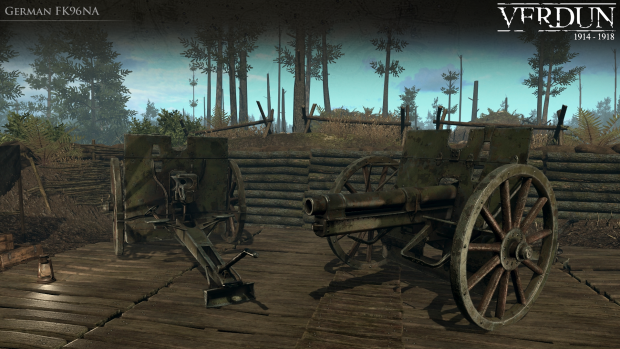 German FK96n.A. 77mm - The main field artillery for the German during the war and can be found around the maps in Verdun. Designed for mobile warfare it became less important during the static trench war, but proved a real challenge for the tanks in the later stages of the war. A 1896 was version upgraded and designated "n.A" (new style) with the modern recoil system. 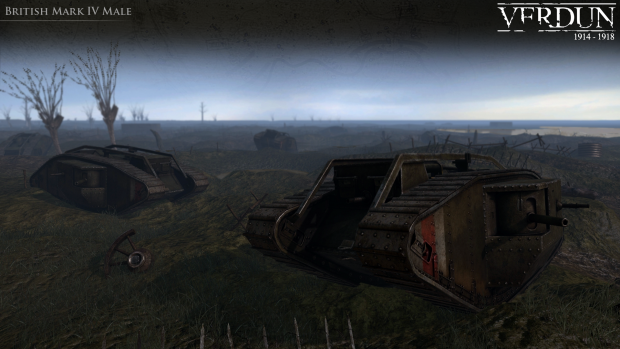 British Mark IV "Male" - The Main Tank of the Commonwealth forces on the western front of which around 1200 were built, introduced in the middle of 1917. The male variant caried a two 6 pounder guns and three Machine guns. 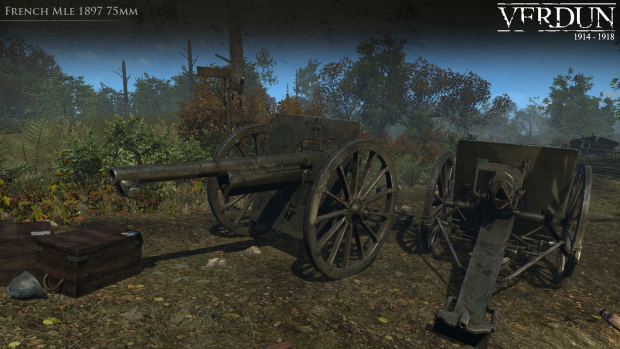 French Mle. 1897 75mm - The famous "French 75" was the main (and pretty much only) artillery piece of the French army during the start of the war, with little to no heavy artillery available the french made use of what they had. It was however for its intended task in mobile warfare a revolutionary piece. Note, this is a brand new piece and will be implemented in the french sectors over time, as well as being part of Douaumont. 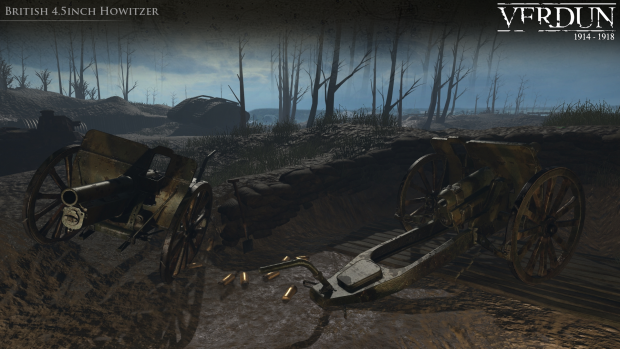 British QF 4.5 In. - The standard field howitzer of the Commonwealth forces. As these were stationed closer to the frontlines (field), many of these have been scattered throughout our levels. 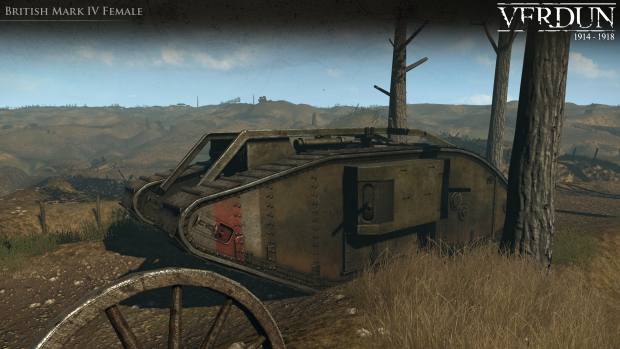 British Mark IV "Female" - The Female version of the Mark IV's were armed with 5 lewis machine guns. All in more female versions were produced than male (about 600 vs about 420) . Some areas were better suited for tanks than others, the horrible muddy terrain of Flanders incapacitated many tanks en-route. 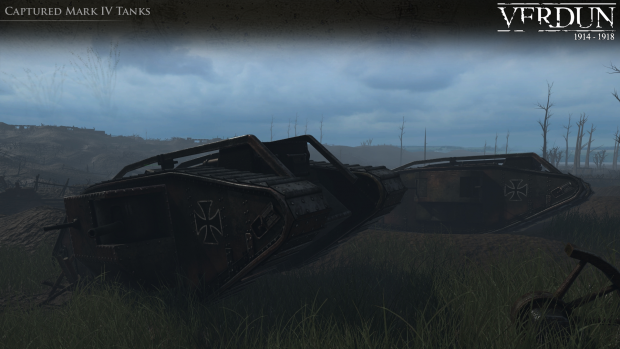 We would like to hear your input and battlefield stories, share them in the boards. See you in the Trenches!