In this update we introduce monsters behaviors and two new monsters, Deep one and Mi-Go.

There are many monster and creatures in H.P.Lovecraft’s stories and tales. Many unspeakable horrors lurk in the shadows. We plan to implement most of the known eldritch monsters to our game amongst the Great Old Ones.

Players also encounters normal human beings like cultists and possessed people who may first seem weak, but they can also cast spells and use firearms to protect their gods.

Every monster has different behaviors depending on their roles. Player should plan their moves and tactics carefully to get around certain monsters. Luckily there are skills, spells and items to help, and sometimes even destiny may be on the player’s side.

Wanderers are passive monsters who moves around the map, these monsters will travel randomly around the world without any specific target.

Monsters with this behavior are protecting locations with a gate to another dimension. Usually investigators need to get rid of the gate guard before they can proceed to close the gate.

Ravagers seek locations where they will cause mayhem and destruction. This causes a drop in the location’s sanity, which will make the investigator's life much harder.

Evading monsters will try to evade locations where investigators are, their purpose is to irritate and sidetrack the investigators. They also may cause mayhem when entering major locations.

Hunters will actively search for investigators and try to kill them or drive them insane. These monster are usually most dangerous because of their aggressiveness.

Tracking monster follows the investigators around the world and try to block their routes.Need to get on ship? Yep, good luck with that Nightgaunt blocking your way to a port city.

Yet again we managed to get ourselves to Miskatonic university’s archives and “borrowed” two new folders from their “eldritch creatures” - section. 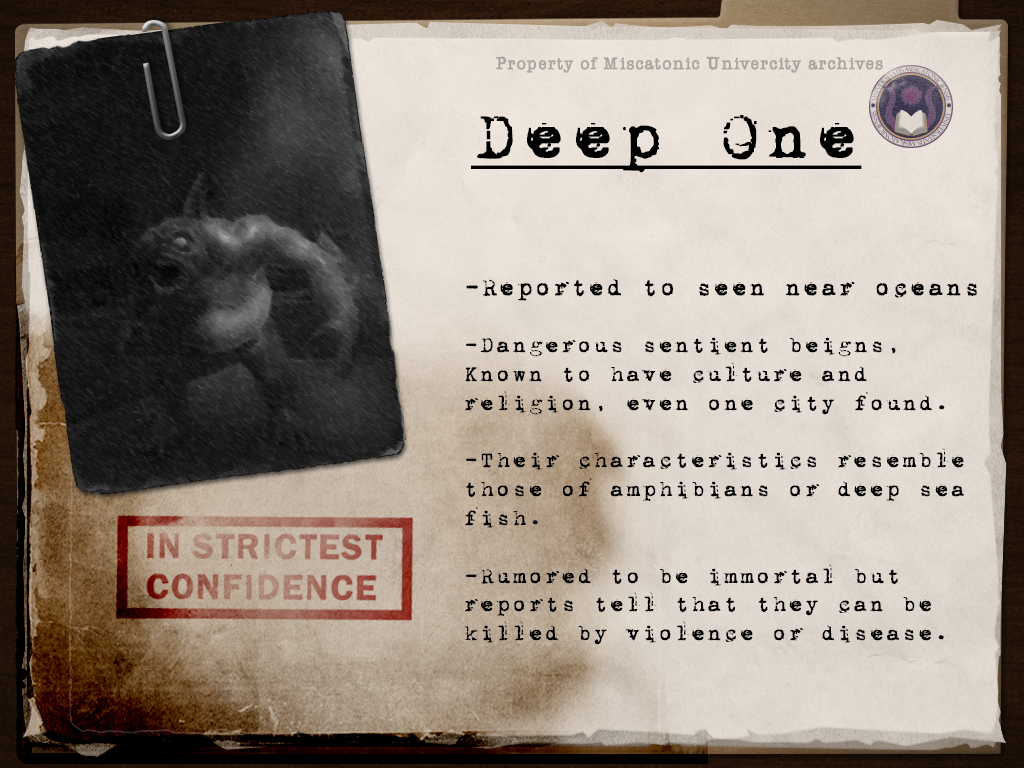 The inhabitants of the seas, these fish people serve and worship Dagon and the Great Old One Cthulhu in their underwater cities. These slimy, hideous frog/fish looking creatures are tough to kill and their hits can cause serious damage. They are durable creatures but can be killed. Players should use their combat oriented investigators against them. Their behavior is hunting so they will pursue investigators at all costs. 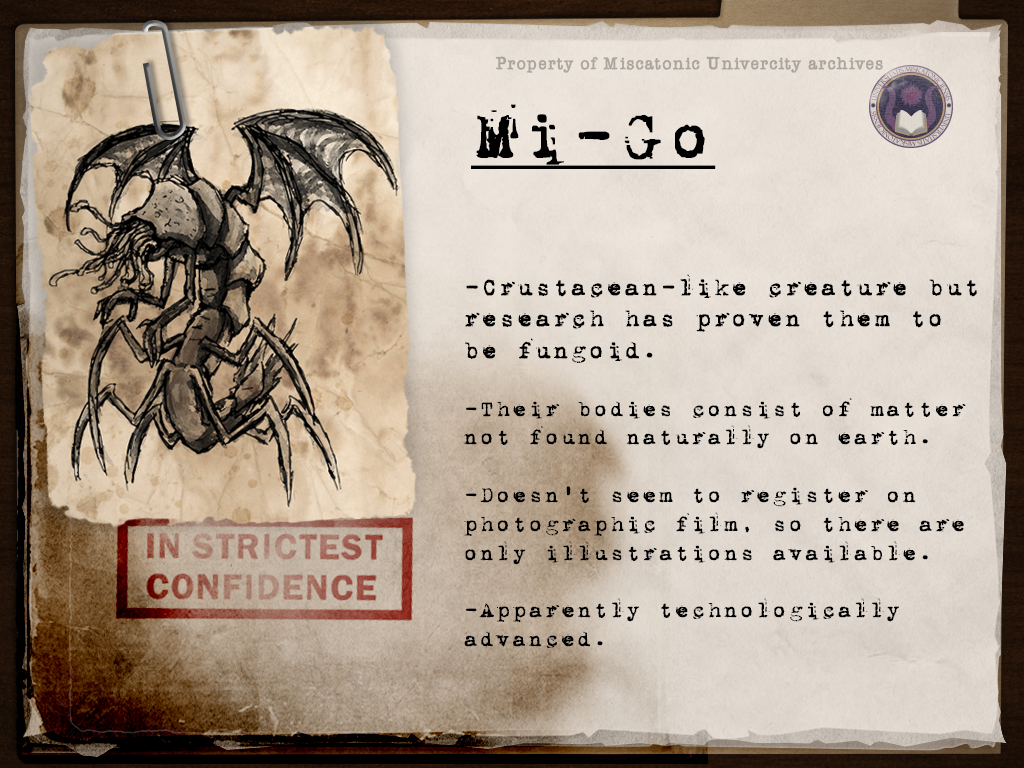 The alien species from Yuggoth (known as Pluto to us) bear great resemblance to crustaceans but technically they are fungi with wings. Traveled through space they colonized Earth millions of years ago. Nowadays they are quite a rare sight but investigators still might encounter them on their journeys. Mi-Go mainly evade investigators and pursue other objectives.