Time for update 9c of the Fairy Tale mod. Check it out. We've done masses of bugfixes this time around and you'll also get an entire new Kingdom to play!

Update 9c is here with masses of important bugfixes. You'll also get an entire new civ to play in this update and we've done work on the tech tree as well!

The Tanite are a nation inspired by the old Carthaginians. Of course, this new Kingdom comes complete with all the stuff required; leaders, special units, flag and so on. And in true Fairy Tale manner, there is also an Elephant Rider thrown in there just to get it as stereotypical as possible.

We've done some good work in other areas as well. A lot of bugs have been rooted out and eliminated, so this update makes the game function better than ever before. Also, we've done some substantial updating of the tech tree, making it smoother and more logical.

Ah. Now get crossing those Alps. And here's an image of the Fairy Tale game map to wet your appetite (the map is huge, 125x100 tiles, but fully playable in the mod). Download the update here. 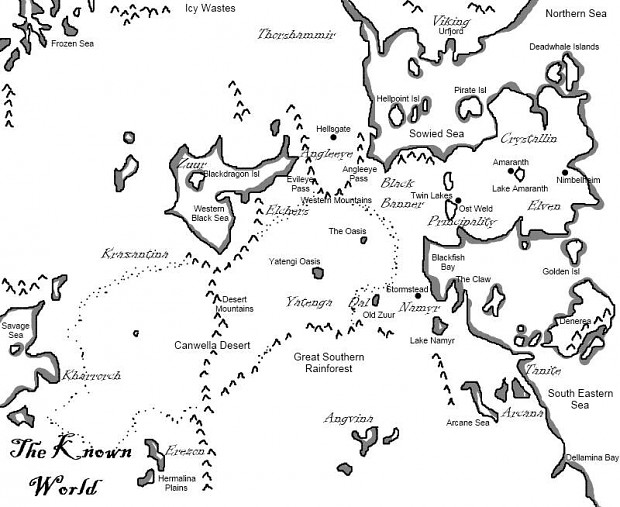