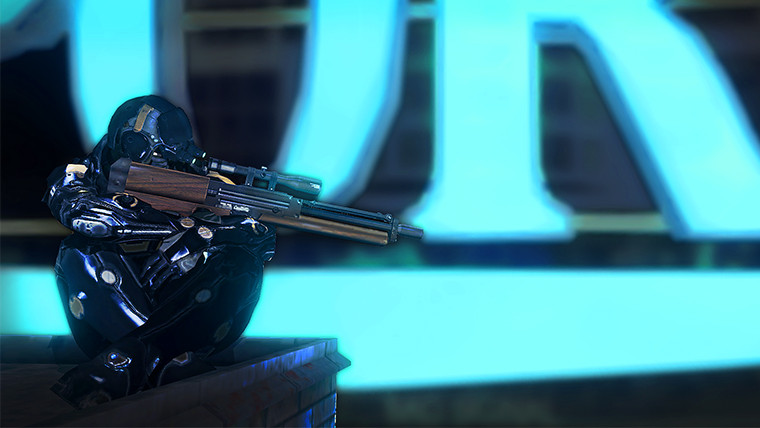 New Items
Assault Class Armor
The armor is medium, without any special penalties or bonuses. The grenades bonus from the "grenadier" class skill is being transferred into it. As to the previous costumes, 7 items have been added-up: 3 basic costumes, 3 premium costumes and a helmet.
The regular class armor is available at the NPC shop for credits, at a drop and craft.
Prime armor of green grade is available for gold, & of blue grade for platinum (at the “Etc.” tab).
The whole Prime armor is sold as a set together with the new class helmet, has additional 3% resistance to bullets and visual shield generator, which lights when it’s hit.

• New tactical grenade "Dirty Rebis" for 10th level. For 1 round, decreases the victims defence. Being crafted from Rebis, can be bought for 2 gold and received from grenades containers.

• New rare paints in the Bonus Box (That’s being given with every purchase of 1000 gold): Red Devil, Camaro, Joker, Red Alert, Patriot.

Titles and achievements
A new system of titles is introduced. For some achievements there will be given a title, which will be displayed next to the player’s nickname below your character. If there are a few titles, you can choose yourself the wanted one or remove it at all. And right away there are 4 epic achievements introduced, that give you the titles:
• Upgrade an item to +15 – Lucky
• Spend an in game time of 1000 hours – Elder
• Kill with melee 222 alpha-freaks - Alpha
• Collect 5 000 000 Credits – Millionaire

Clan warehouse logs
A new tab has been added to the warehouse window, with the operations history. Who took or put what, and when.

Replays and Camera Tool
The instrumentation of recording and viewing replays was refined. Problems with openings, names and etc. were fixed.
Also, now, while you watch replays there is a camera tool instrument available, which allows you to create cinematographic camera movement under specific battle moments (F5). Convenient for subsequent capture to video editors. Later we will also release a video-lesson of creating video clips about the game.

Quests
A new quest has been added from Ralph. A grenades throwing training for newbies with the contused tractor driver Peter. After passing the first quest with the generator and recruitment of a second mercenary.

Maps
There were implemented a few shoot-through obstacles:
• Reticulated floors are seen-through and now a “shoot-through” parts for bullets, but they do not allow grenades pass. (At the maps Boiling Room, “Emporium” tower and Oil rig).
• Empty carton boxes: not visible through, and do not let grenades fly through, but can be shot through with bullets.
Eventually will be extended for other types of obstacles (fences, bushes, trees, barbed wire and etc.)

• To the burn effects from Molotov, Blowtorches, Flare gun and M202A2 a recovery penalty of 30% has been added.
• The skill “Vindictive”: The duration of the effect 2->1 rounds; the effect disappears with the death of the skill owner; a new effect applies only if the attacking mercenary changes, even if the past effect already ended.
• The skills “Grenadier” and “Armor expert” were seized from the assault and moved into the class armor.

Other fixes and changes
• For clans there has been added a skill "Clan depositary", which allows to increase the clan warehouse slots number for gold.
• The Vintorez model was changed into AC “Val” with preservation of all parameters.
• The performance of the flare gun was restored.
• Icons of class armors and helmets were redrawn.
• The resistance bonus when matching newbies with veterans is increased.
• The running and climbing animations were speeded.
• A new animation of moving off a ladder to a roof was added.
• A blinking of the reload button when there are not enough bullets is added.
• Text cutting at letters is fixed.
• The activation of the skill “Lean” from other mercenaries sitting.
• The display of armor and items on the character after deleting them is fixed.
• The incomprehensible message when wrongly using upgrade kits was removed.
• Probably, rare cases are fixed, of when fulfilling raids were not counted, if not all participants took the quest.
• The option when making a "personal mark", which allows to change the mark only to the owner, is now a must and is turned on to all existing marks for your own safety.
• Calico M950 added to the rent shop.