Introducing Oona, our 2D and Concept Artist. She shares the journey so far in creating the characters of Ancestory and her experiences from along the way.

Be sure to support Ancestory on Greenlight too!

Nice to meet you all, I’m Oona - a name which you might have already seen on some pieces of concept art or as a mention in a former blog post - the one and only 2D and concept artist in our Ancestory team. I’ve been drawing enthusiastically ever since I could hold a pen in my hand and fell in love with digital art almost ten years ago, but to be honest, I started with game art only a bit over a year ago. Nevertheless it doesn’t stop me from feeling that I’ve found something that fits me perfectly and I definitely want to be doing this in the future too. Needless to say, I’m very excited about this project of ours and proud of our team since everyone’s been working so hard and done a great job!

Creating the characters of Ancestory

So exactly what have I done? To put it shortly, everything 2D from character concepts and cards to textures and UI elements came from my pen. You might have also seen some silly illustrations of Minions - also known as promotional art - here and there and yea that’s me, too. But right now in this post I’m going to concentrate on character concepting - a small passion of mine. I just find so much joy in creating new characters with their own little quirks and stories to tell and Ancestory’s Minions and Shaman are no exception.

In some cases you might already have a clear description on what kind of characters you have to design, but with Ancestory I started from complete blank. We just knew that we needed Minions and were still even kinda searching for the art style when I started designing the characters. Of course we already knew our theme and had looked for reference together with our other artist, so I was only left to research some more and draw. I started by doing silhouettes with a big brush to find the shapes of the characters since I wanted them all to have different and recognizable body shapes at first and then build the details on top of those. And I love how you start thinking about the character even when you’re just looking for the overall shape - their personality, backstory, likes and dislikes - at the same time when you’re shaping the character’s looks with your pen your mind is creating the soul for the character. 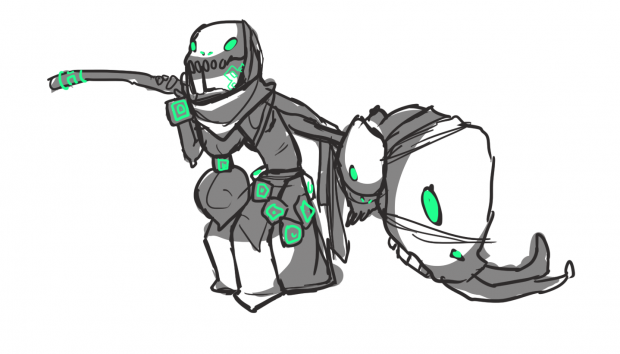 After finishing the concepts it was time to pass the characters to our 3D-artist Hege. And it was so exciting to see my characters gaining a three dimensional shape and coming to life with animations. I may have annoyed Hege a bit with my constant admiration but it was something so very new and wonderful to me seeing my creations spring to life. And at the same time they were growing in other team members hearts too. It was great to throw ideas around about the characters and their quirks together with the team and it also helped everyone to grow even more attached to them. And everyone came up with many more fitting and interesting character traits and stories than I could have ever thought up on my own. 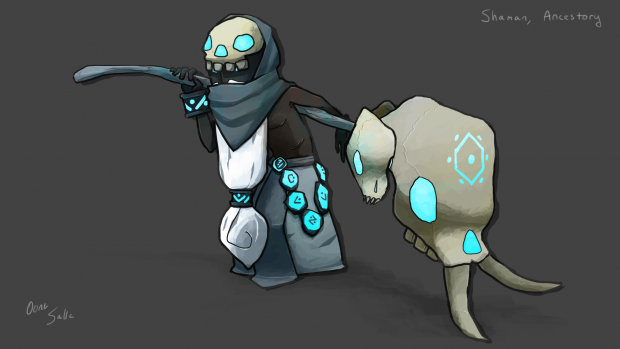 But the character models aren't the only thing I targeted my enthusiasm towards, to the annoyance of some. Near the end of the 7 week project, after a long battle our sound designer Tero finally got a chance to go and record the voice acting for our characters. And those character lines were also one thing I fell for, they just brought so much more life into our characters and were the last little detail they needed to come completely into life. Sadly no one else was very keen on the voices, but I giggled and rejoiced over them on behalf of everyone. Yes, they’re a bit cliche and we didn’t have that many voice actors, but still those voices are so very lovable and comical in a nice way. Some of them are audible in our Alpha Gameplay Footage if you’re interested! 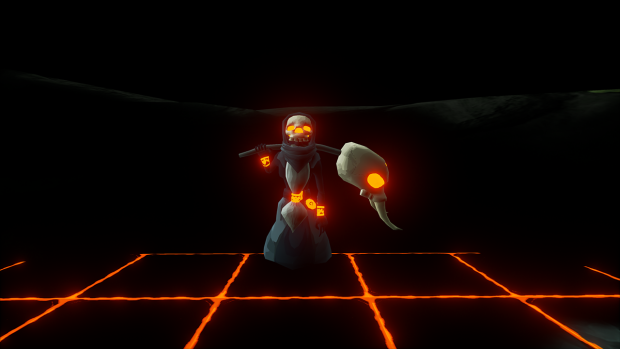 The road so far and what’s next

Character design wise it’s been a very nice road so far; my dear characters have gained life, grown up and people have become fond of them. Every time my characters get a positive reaction out of somebody I feel successful as a character designer. But it’s definitely not the end yet. Every new illustration I do develops the characters even more. And when we’ll start the game development again at the start of the next year, I’ll be going through the characters and their silhouettes again to improve their distinguishability from each other so some of them might get a small makeover. Of course, the animations and voice acting will also be going through notable improvements. Depending on the time we have we might also get some new additions to the group of characters! It’ll be exciting to see what kind of Minions we’ll have in the end when the time comes to - hopefully - publish the game and let our characters out in the wide world. And I hope that they'll gain even half as much love from the players as they have received from our team and me. So when the time comes, please take care of my dear little creations!