So, it's been a while since our last update (5 weeks and 4 days, but who's counting, right?), but today we have quite a few interesting things to share with you all, so let's get right to it.

The AI has been greatly improved, tons of bugs have been hunted down and squashed, way too many to list here, but I'll at least mention some of them.

We found an issue in which the AI would break from its normal behaviour, that being, to participate in the race, this would happen if the AI managed to get itself stuck for a while in certain obstacles.

Sometimes, the AI would decide to drive the whole course backwards, for added challenge I suppose, not sure exactly why the AI would want to make it harder on itself. Although this can still happen from time to time, the frequency of it occurring has been reduced, sadly, since it was a fun bug :)

At the beginning of a play session the game now only finds empty player spawn points, as oppose to finding every possible spawn point (including AI spawn points), as was previously the case.

Some general project settings have been changed in regards to adding different built-in plugins, mostly related to audio.

We've added a main menu! This is quite possibly the most important and exciting feature in the history of game development, not to brag or anything, but a main menu is quite an innovative feature, we may actually be the first developers to ever add one.

All joking aside, the main menu allows you to select a car and a track to ride, it is also possible to set your player name for the session. Currently, the basis of the menu system is in place, it will allow us to expand it in the future to include more customization options, we are planning on adding some basic car customizations in the near future, such as the style and color of the rims (Yay, customization!).

There are also some nice looking transitions in the main menu, when selecting options in the menu, the camera will fly from room to room, along with a neat little fade-out, fade-in effect.

Oh and by the way, even though the menu is still considered a draft, it is actually a quite nice looking menu :) See for yourself if you don't believe me. 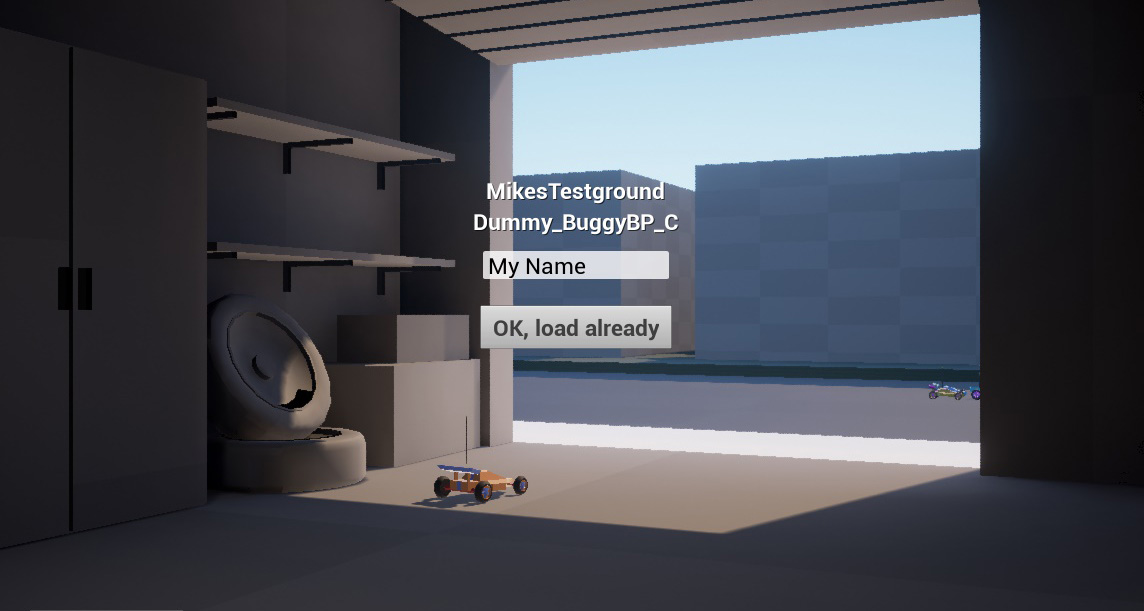 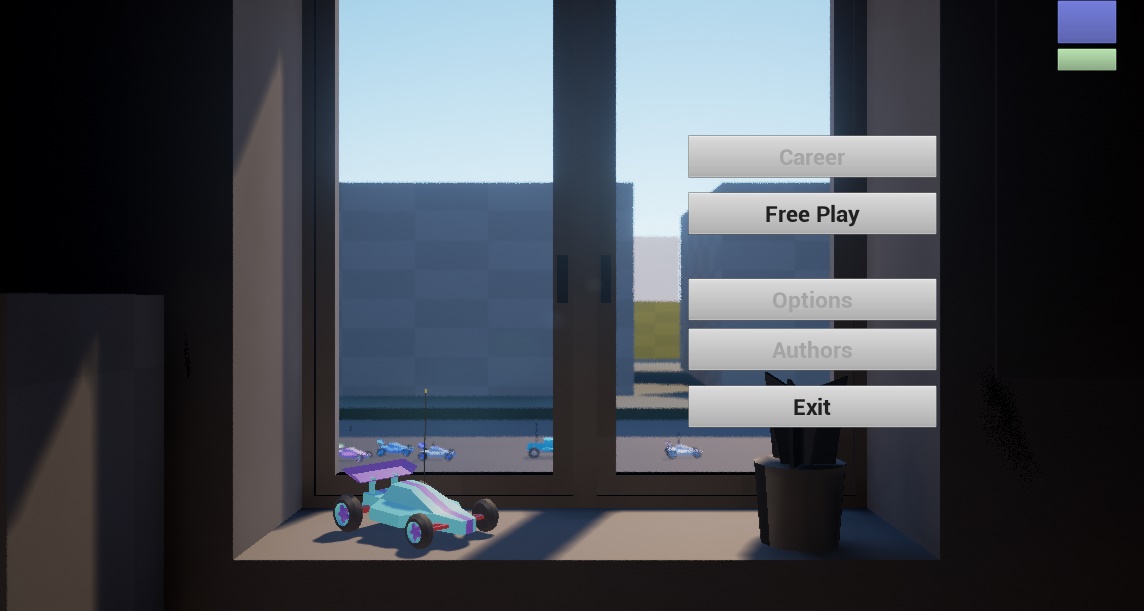 Notice the cars on the track outside? They are actually AI's racing each other.

We've added a dynamic weather system, and a time-of-day system. This is still very much in development and not really a high priority right now, however, it is nice to have the foundation for it in place and it is something we work on from time to time (whenever the mood strikes us).

Works on the visual aspects of the game are in progress, however, not something we'd like to share much of just yet. We'd rather wait until we have something solid (and awesome of course) before we show it off in all its glory.

We did some closed testing of the car handling, a lot of tweaking and polish went into this. We tweaked a bunch of different things, for example downforce and arcade slip compensation, we literally did hundreds of different car setup variations to find the ones that worked just right, yes, literally hundreds.. Literally.

We've added the ability for the camera to orbit freely around your car as you are driving. This is done by moving the mouse or the right stick on your gamepad, when you release the input the camera will go back to its default position behind your car.

So that's about it, we hope you've enjoyed this update and stay tuned for more in the future!

Don't forget that we have a Discord server, where you can chat with us as well as others who are interested in the project. It's a fun place, you should join us ;) Discord