In this update our Game Designer and Programmer, Lauri, introduces himself and talks about the Design Process and his experience with Unreal Engine 4.

You can now find Ancestory on Greenlight and we hope that you like what you see and give us a vote:

Hey,
I’m Lauri a Programmer and a Game Designer for Ancestory. Outside work, I spend my time playing piano, listening music, exercising and doing some more programming. In Ancestory, as a programmer, I have been switching between Blueprint and C++ to make magic with code and as a designer, I've been working on the story, level design and balancing. 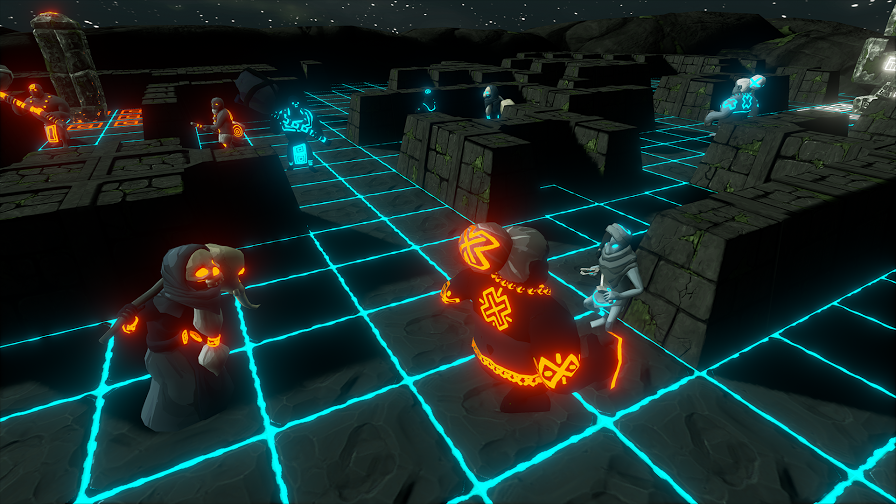 Building a Prototype of Ancestory

Our prototyping process started with pen, paper and spreadsheet. It was a quick way to test if our idea was fun to begin with. We came up with some minions, built our decks from pieces of paper and made a test map in Excel. Testing proved that the concept was enjoyable and fun to play, even though it needed refining and a lot of balancing. Core gameplay has stayed relatively same from the early prototype, but otherwise we have done a lot of small, but important changes for better in the game design. Some ideas sound better on paper than in action so it’s important to try them out as early as possible.

Here is what it looked like in Excel at first. Crude yes, but still an extremely fast way to test out some of the ideas. Cells with numbers are minions and the color represents their team. Green area is neutral capture point, lighter blue/orange areas are captured by team with the same color, grey means wall and white means normal grid piece. 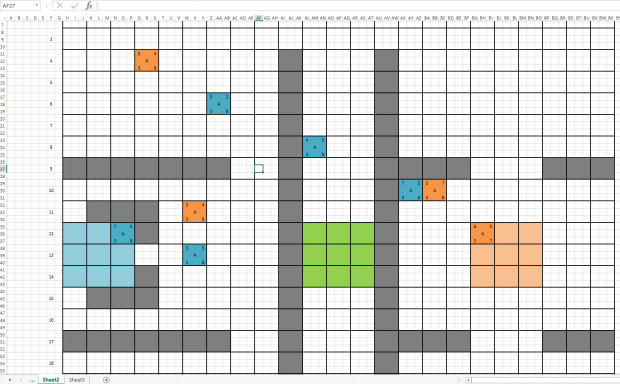 Isn’t it beautiful? At the stage the game didn’t have the middle totems of capture areas and the spawning area was larger so that you could select where to spawn shaman in the beginning. But after long consideration and testing we felt that these had to change. The main reason was to cut down unnecessary choices which didn’t really add anything to the gameplay and also to make the gameplay flow better.

Mostly my role is being the middle piece between graphic artists, sound designer, musicians and programmers. We try to share responsibility in the design of the game and all ideas are discussed to with the team and to make sure everyone is on the same page.

We have made some good tools inside Unreal Engine 4 to help designing and balancing. These tools allow us to make the basic layouts for the levels quickly in excel, to modify all card stats easily and to implement new spells quickly. I think it is important that we have good tools available as it gives us the possibility to concentrate on iterating the different aspects of the game and on balancing the game more effectively and precisely. 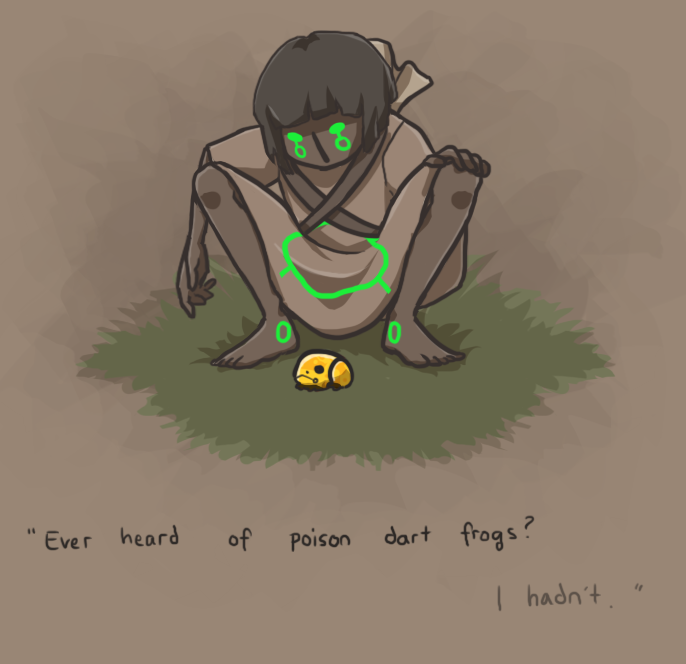 When we started the project I wasn’t familiar with Unreal Engine 4 and I hadn’t really used UDK either. The blueprint system was something I was a bit skeptical about in the beginning, but after a while I started to enjoy it and saw how quick it was to develop with. The core features and heavier calculations are still implemented in C++, but I think blueprints are great for testing and developing less heavy features. The engine in itself is easy to approach but still powerful. Even though it is still under development, we have had a good experience working with it.

I’m happy to talk more about the development or design progress and I would love to hear your opinions and experiences.