We have made progress on several areas since last update. Arena 2 is beginning to take shape and hazards are getting done. The game screens are soon finished and we can put all of our artists on content production. The first arena is not completely finished yet and I was thinking of releasing a new video when it is ready, but because of several requests, I will post now a video with new background graphics.

The train hazard was mentioned in the last post, but I will go into bit more detail here. The train will move through the bottom of the arena in random intervals killing anyone on its way. There will be small traffic lights and sound warning players about incoming train. This is necessary, since the train is moving quite fast. The speed of the train is necessary for the feel of lethality. It would be just boring to die from slow moving train. The train will also act as an extra platform while it is on the arena. The players can move on top of the train and fight there. Of course the train will move them towards the walls of the arena and if a player hits the wall while riding the train they will die. Other hazards have been designed, but some assets from them are still missing so I will tell more about them later. 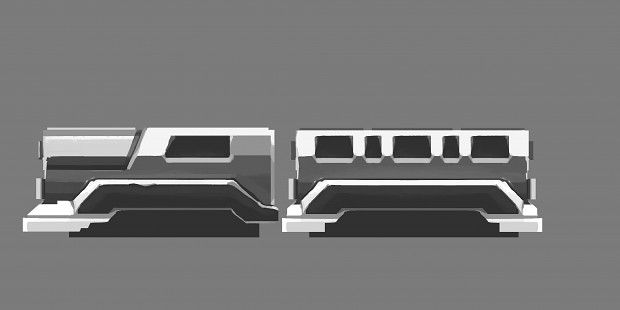 Picture1: Concept of the train.

Our lead artist is finishing up the different screens of the game. At the moment the game over screen has been finished for the victory and for the draw. Since both of the characters look the same except for the color the victory screen is simply recolored depending on the winner. The start screen is well on its way and should be finished quite soon including the game logo. 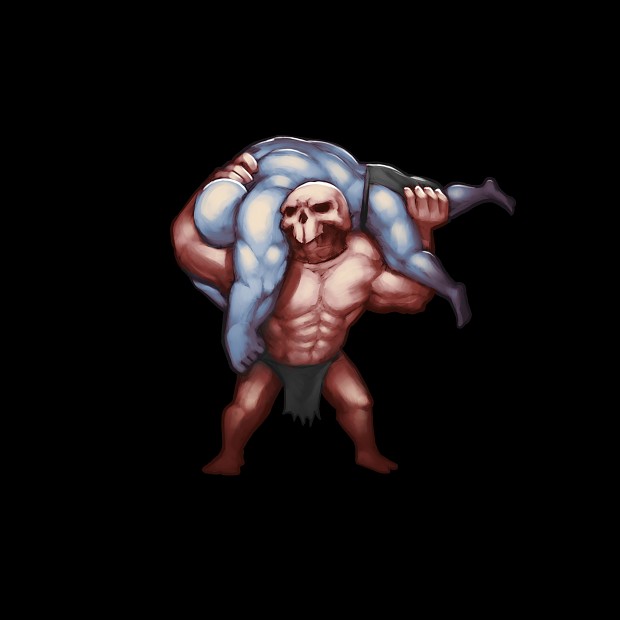