It’s time to bring out the “M” in maintenance update (sorry, we just had to)!

This time we’ve updated the game to the latest version of Unity (version 4.2) which have solved a few of our outstanding crash bugs and given us a slight performance increase on all platforms. But the big “maintenance” news is that due to the huge support we’ve received on Steam we’ve added a few more people to the team which will help us get more beefy updates out the door sooon!

Update #4 is planned for Friday next week (if everything goes according to our plans) and in this update we hope to bring you a new large outdoor map staged to simulate an atmospheric evacuation zone right at the heart of a moist swamp environment. We’ll also be working on an initial profile implementation for your combat training stats and maybe we’ll even throw in a small surprise from your subconscious... 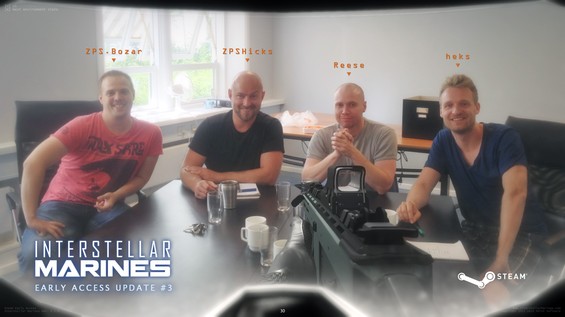