In this update we talk about destructible lights, rain, indie gatherings, and of course more pixel art!

we were very busy this week keeping up the work on our trailer / demo and preparing our Kickstarter campaign, but also attending an indie event here in Berlin called "Talk & Play" (more on this below) - so this will be a slightly more verbose update than usual ^_^

Let's start with the titular lights and rain!

One thing I have mentioned a few times in past updates was that lights would be destructible, and that this would not be just a gimmick but would actually serve the gameplay. This week I finally got around to implementing a proper "light destruction system", and here is the result:

Keep in mind those particles are temporary and will be replaced by glass bits ;)

We're not going to go for "Thief" levels of stealth - we have to keep scope in mind, and properly designing levels that work both for a full-action and full-stealth gameplay is a huge undertaking... (obviously this might change if the KS goes well ^_^)

However shooting lights out will still have some effect on the gameplay: standing in darker areas will reduce the accuracy of enemies shooting at you, and it will make you "invisible" to security cameras.

Another aspect of the game that still needs a lot of work is "atmosphere": right now the environments are pretty static - barring the occasional spinning wall-fan. Our plan had always been to spice this up with environmental animations, things like water droplets leaking from pipes, smoke coming out of vents, etc.

The first step in that direction was implementing a basic rain effect (you can't have cyberpunk without rain :D).

This is just a first draft with placeholder art, but it's already got some nice features: each droplet (there are hundreds) is an individual sprite, no "cheating" with grouping several droplets in a single sprite.

Their falling speed is affected by their "depth" - i.e. droplets closer to the screen fall faster than droplets away from the screen - creating a nice "parallax-like" effect of rain (sadly this doesn't translate well in a choppy animated gif...)

And of course the intensity, average speed, and direction of the rain can all be changed in real time for more variety.

That was about it on the code side (plus fixing some bugs and crashes in preparations of the Talk & Play demo).

However Cyangmou was also very busy on his side, designing and mapping out the new locations we plan to showcase in the trailer, and creating the hundreds of tiles and sprites required to bring them to life!

Last week we posted some sewer bits, this week those bits have turned into an actual location: 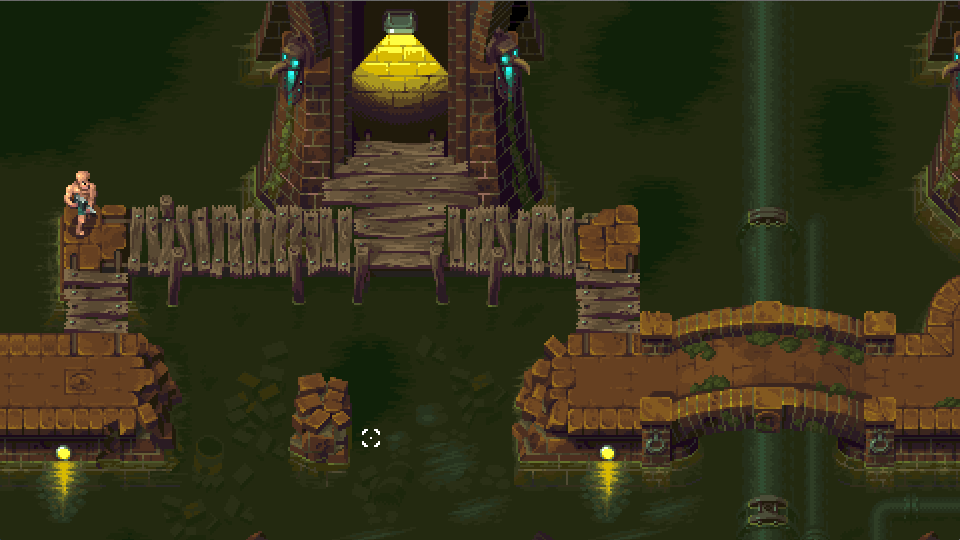 Cyangmou has also been working a lot on Tower 57's very own "red light district", which doubles as the game's "hub". Those of you who also follow our twitter channel (@tower57devlog) might have already seen this during the week, but for those who didn't, here is the monorail that connects some of the classiest floors of the tower: 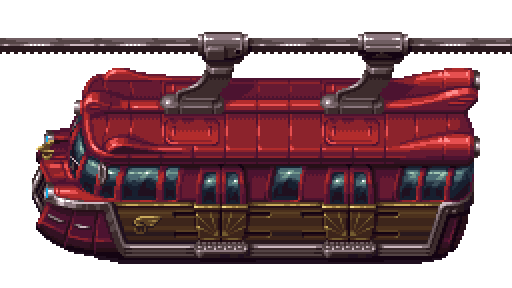 Of course the floor will be decorated with appropriately-themed props: 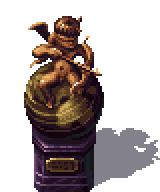 And finally I wanted to quickly mention our visit at the Talk & Play event here in Berlin. This was an event organized by berlingamescene.com which aimed to bring together gamers and indie developers. The first half was dedicated to talks, and during the second half of the evening devs could showcase their games and get feedback from players. 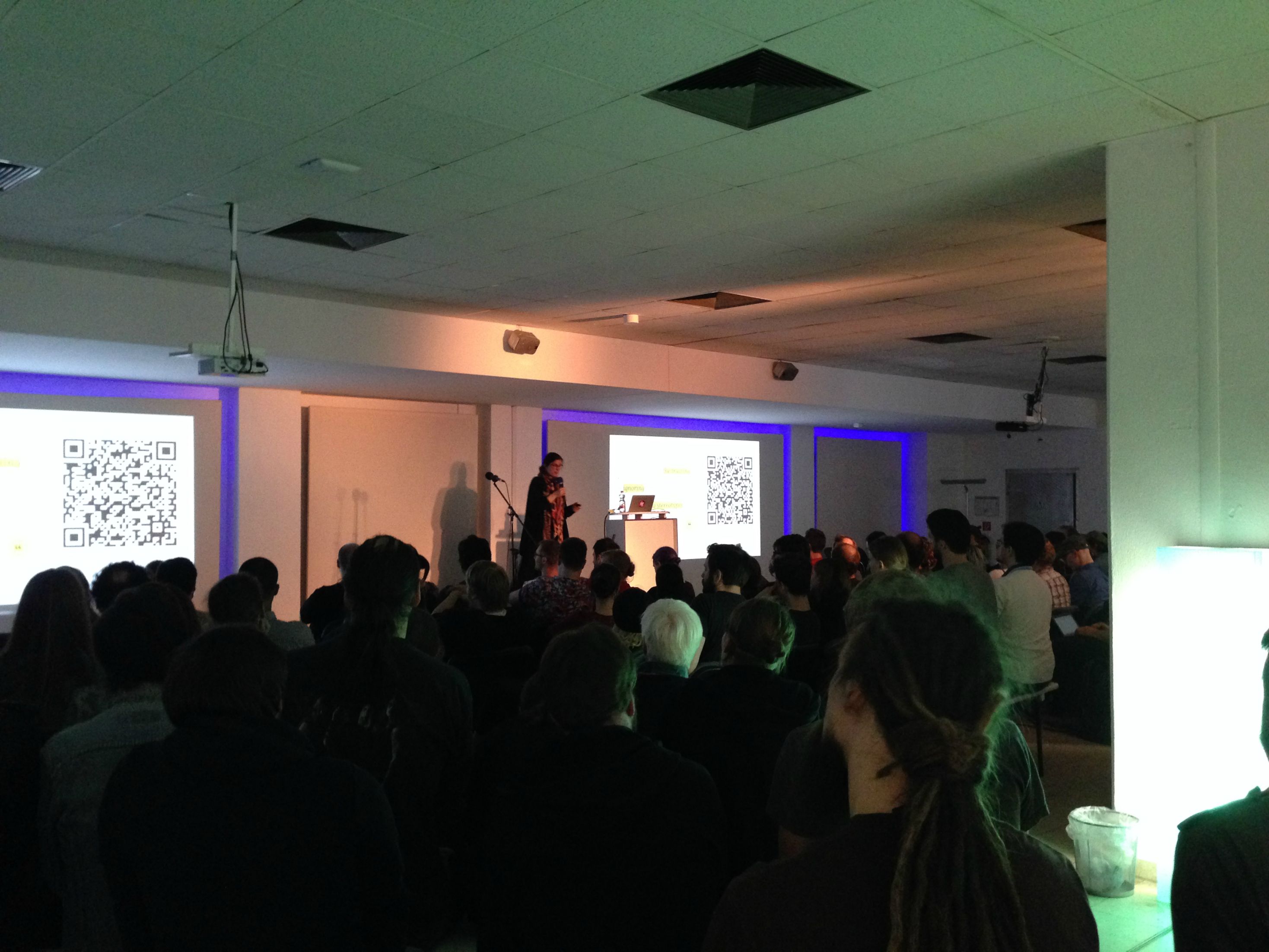 Sadly I was alone this time, so I didn't really get a lot of good pictures, but I had a blast nonetheless, and the comments from the people who played were absolutely heart-warming and a great incentive to keep pushing on!

So I just wanted to thank you guys - in the event that any of you read this - watching gamers enjoy our creation is the best reward for me :) !

This was also the chance to meet up with our friend from FrozenPotion and finally try their mobile shooter-puzzle hybrid Op90, which turned out to be a lot of fun :) If you like mobile games, pixel art, and shooting stuff you can check them out over at Indiedb.com !

And that concludes this week's update, I hope you enjoyed it, and I'm looking forward to posting more of Amor's Den next week!

Whenever I see some of your updates, I always look forward to the next! Keep them coming!

Every week on the clock :)

Cool, that's the vibe we were going for :)