This is an update regarding the progress and production of Unknown Entity: v3.04 has been released.

The fourth revision update is here!

The fourth v3 update, the last of the alpha stage, includes saving, the ability to ride a hovering vehicle, 2 more levels, and quite a few bug fixes. Note: Apologies for this update taking longer than expected--more was implemented than planned, and other real-life delays came as well. -Lightling 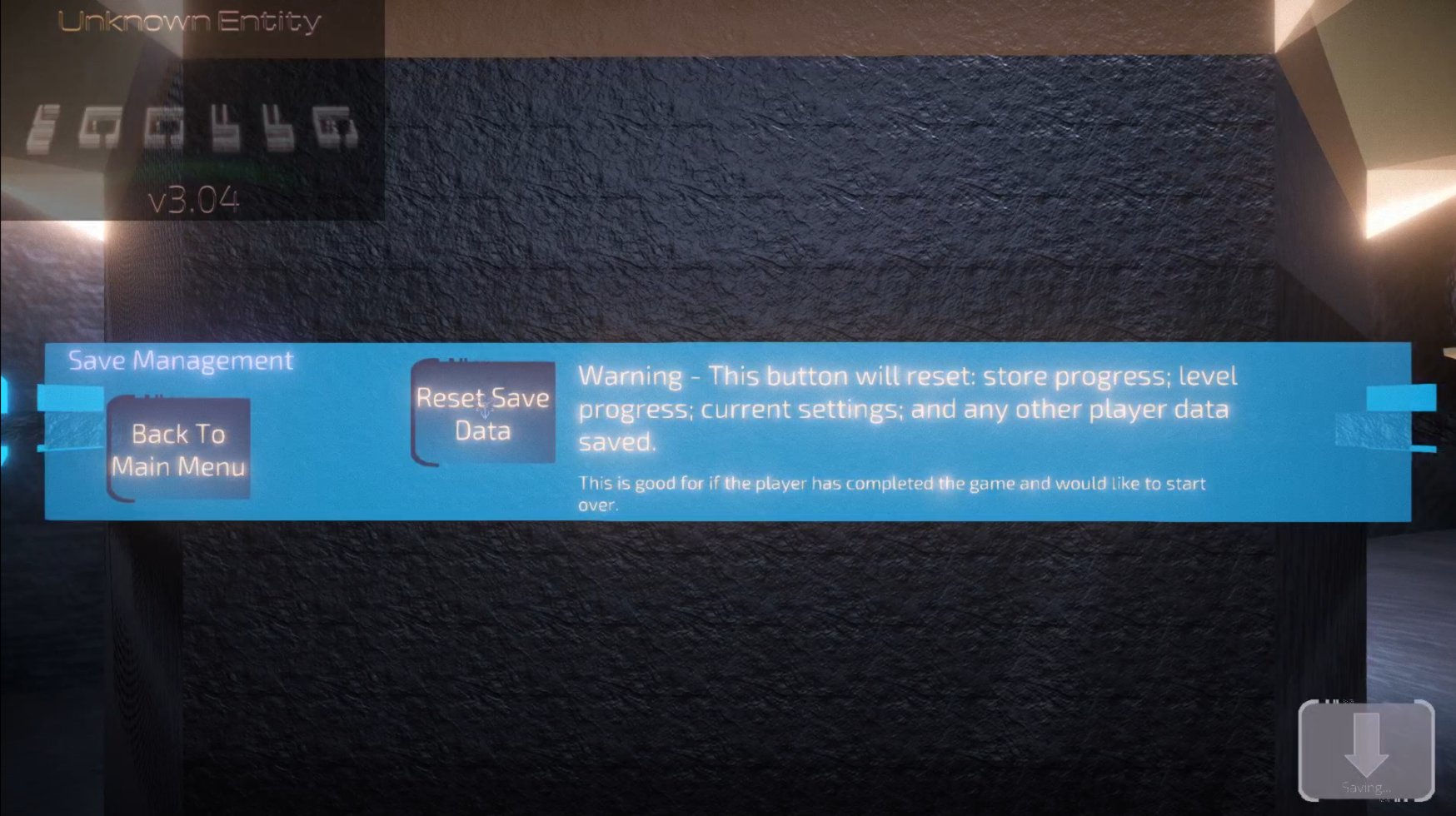 This version now includes saving the player's settings, store upgrades, and level progression. A small simple scene has been inserted at the beginning to initialize non-destroying script managers and to load player data or create-and-save player data. The game automatically saves when completing a level (specifically right when the ending cutscene of a level begins), when coming from the store, and when coming from the settings menu. Therefore the player does not have to worry about saving anything (the player will not have the ability to save in the middle of a level). There is a menu to reset player save data in the main menu. It resets all values to their defaults and saves them.
Two new levels introduced 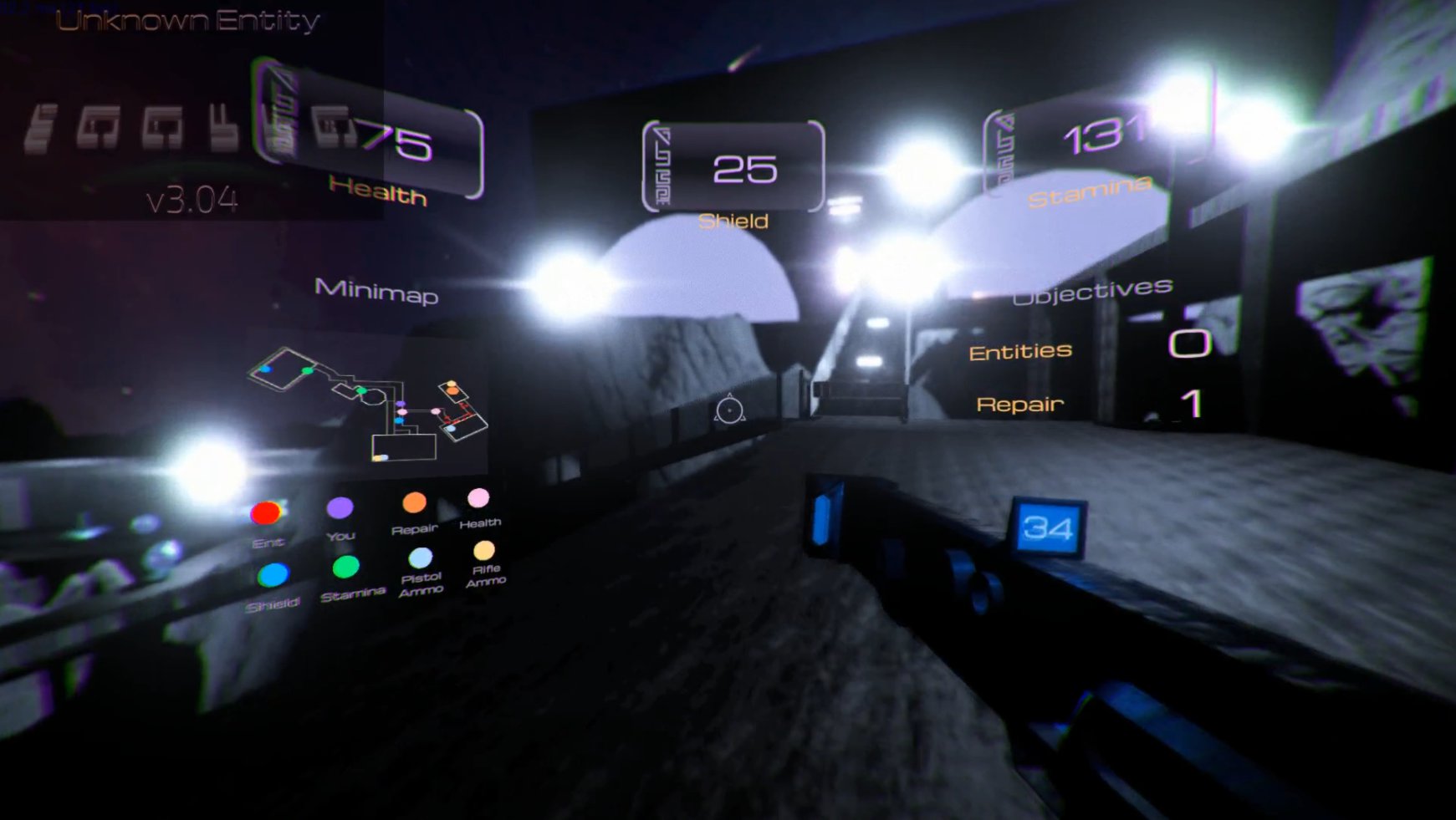 The game now has three levels to demo, all on different bases. The first level was/is on base Eslon (meaning star/sun in Resurvatarian - see the Res.-to-English dictionary), a medium-sized base in a rocky, uneven valley/crater. The second level is on base Shanem (Resurvatarian's name for their home planet (Omega Prime / Omega 4)), which is a small base at the top of a set of mountains. The third level is on base Terus (life in Resurvatarian), which is in a mountainous area in between the valleys formed by the small mountains/peaked hills. All three levels are stage 1 levels (each base will have three stages, and there are 9 bases). In addition, small holographic display signs have been added to the bases, which display either the UPAESI logo (full or abbreviated - see the UPAESI entry in the LightVerse codex for the logos) or the base's name.
Buggy introduced 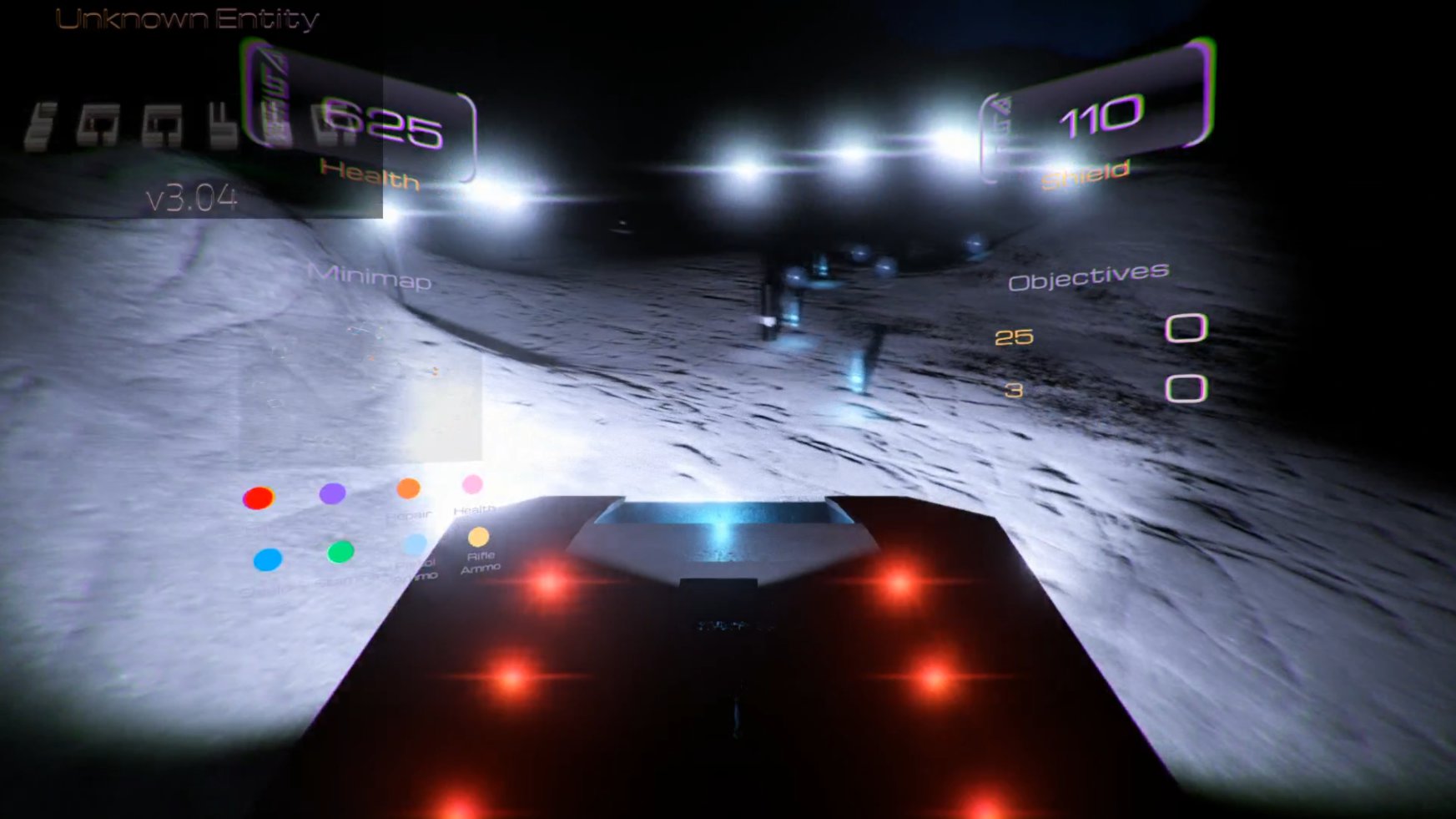 Due to the third level in the new levels added being a very large base, the buggy has been implemented earlier than originally planned. The player can enter/exit the buggy when near its door (a 3D prompt like other interactable objects will appear). The buggy has 5x whatever the current upgrade is for the player's health and shields. Entities will target the buggy and attack. The buggy moves at a moderate pace and hovers off the ground slightly. The player can use the button assigned to the flashlight to cycle the stage of the buggy's lights (full off, roof-on, full-on). (The buggy is already an entry on the newly released LightVerse codex).