This week we’ve been soaking in all the feedback from last week’s play-sessions, and the result is 42 features / changes (and 5 bugs ^_^) which have made the cut for this summer’s public demo. These features range from things like more clearly identifiable doors all the way to new weapons, bosses, and more! 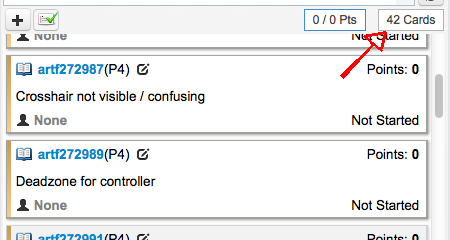 We are also re-designing the demo level practically from the ground up, as well as introducing additional enemies, but more on that in further updates… Until then, here’s what we’ve been up to this week:

One of the most important insights we gained from watching people play was how difficult doors, especially east / west doors, were to identify. Players would frequently miss them entirely and get stuck in a room until they accidentally walked by them, triggering the “open” animation. Therefore the logical fix was to redesign the doors :)

Cyangmou made the opening more obvious by removing the piece of ceiling that hid the top of the door, added some glowing arrows which also double up as indicators of whether the door is locked or not, and optimised the shape of the surrounding walls so characters will smoothly slide towards the door when attempting to get through it in a rush. 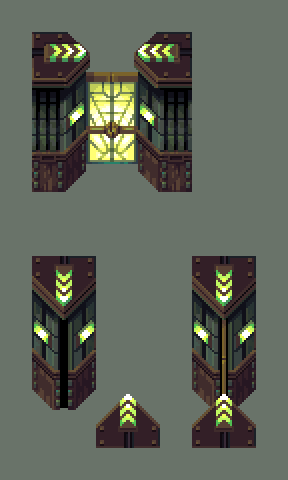 Another piece of feedback we took very much to heart was that players wanted to jump in after watching somebody play alone for a bit, however they would need to start a new game in “2-player” mode in order to do so.

Taking a cue from arcade games, we added the ability to jump right into an ongoing game by inserting a coin and pressing start on the second controller (ok, you don’t actually have to insert a coin anywhere…), then selecting your character through a mini-ingame-portrait (think Final Fight, TMNT, etc.).

(keep in mind the portrait graphics are placeholders, they will get a proper scaled down version, a frame, etc.)

And finally we’ve been playing around with different turret variations (this one isn’t really based on feedback, just something we've had in our backlog for a while ^_^)

We got our standard “bullet turret”:

And finally the deadly “laser turret”:

Next up will probably be the “lightning turret” and the “sawblade turret” ;)

Considering the great reaction we had to our hastily-cobbled-together demo, we are pushing forward for an early / mid-summer release of a more polished demo, which will include more levels, new challenges, and a generally tighter experience!

Have a great week everybody!

You know, I dunno if I've said it yet or not but.

And it's even better that you're using modern enhancements to show off that this style is a choice, you're not limited by hardware like how the style originally was back in the actual 16-bit era...

You pretty much nailed down our philosophy, the art style is a choice but this is 2015, there is no reason not to take advantage of the hardware to make the games we wish we had back then :)

Hope you will like the gameplay as much as the art style!