Hey all, This is our second entry where I'm going to quickly update you with the progress we've made.

This is our second entry where I’m going to quickly update you with the progress we’ve made.

I’ve spent a great deal of time experimenting with lighting, colours and post effects . My main goal was to convey the feeling of being underground, slightly gloomy and confined but yet in the same cartoony style.

Games like Dungeon Keeper usually just use the fog of war to hide the world under the thick black blanket, and in most cases it works good, but in our game there is no fog of war. Using it only for creating atmosphere without any actual impact on the gameplay would be a shameful waste of the computing power. So I took a different path.

As you can see I went through many iterations, playing with colours and background shapes, before I found what it should look like. At least for now, I’m happy with the result, though I still have a few ideas I’d want to try in the future.

(On the screens is the smallest size of the map 32x32) 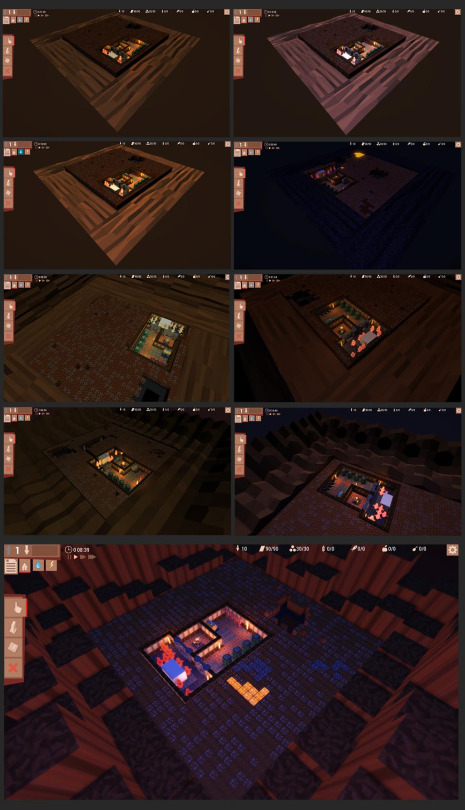 On the coding part we also progressed very nicely, every day the prototype is becoming to look like a real game. And even though everything is sped up, for the sake of testing, it’s already fun to play. Today I spent about an hour just planning and building my bunker.

These are some new screenshots from the actual prototype, I made them without post effects and lighting being set up properly, just a dull unity scene with the props as they are. 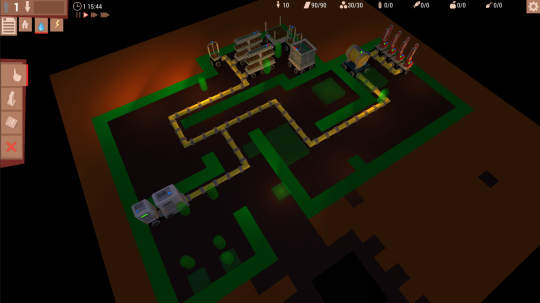 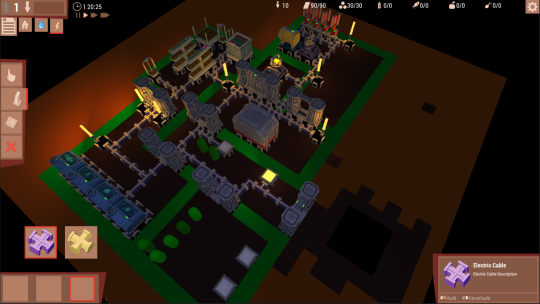 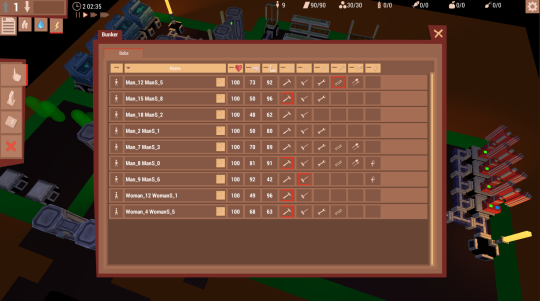 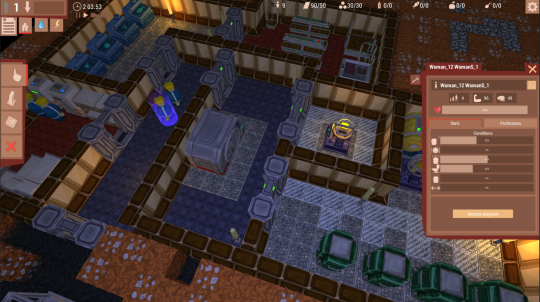 And some work in progress stuff: 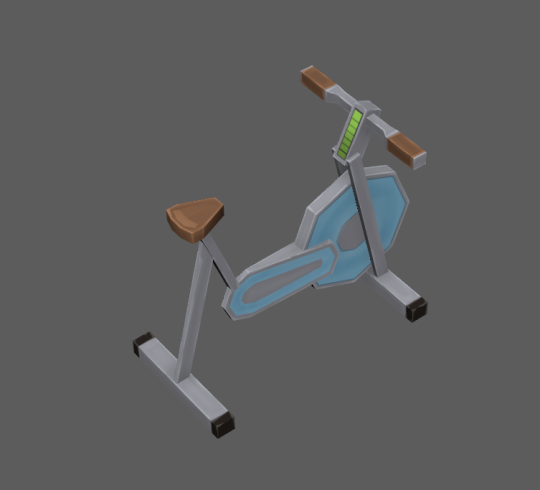