For this Update we're taking multiplayer up a notch by re-introducing three multiplayer game modes: Deathmatch, Team Deathmatch and one of our favourite modes - Team Domination! 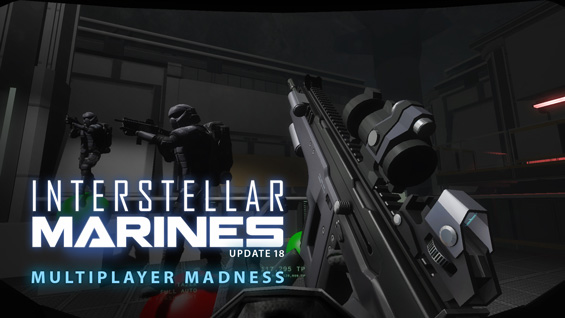 For this Update we're taking multiplayer up a notch by re-introducing three multiplayer game modes: Deathmatch, Team Deathmatch and one of our favourite modes - Team Domination!

- When revived, player may be put into spectator mode. Killing and reviving the affected player corrects this.
- Some new achievements and TP rewards may not work. We're investigating
- The HUD names and kill messages will be clipped on aspect ratios that are less wide than 16:10
- The game will stop updating when switching out of fullscreen in Windows (known bug in Unity 4)
- View jittering may occur when jumping on lossy networks
- Audio may cut off partially/completely on weapon/helmet sounds
- Other players will seem to float above or interpenetrate while standing on a moving dynamic platforms (network smoothing will exaggerate this effect)
- Potential to fall through elevator when moving
- When joining an in-progress The NeuroGen Incident game, additional waypoints may be visible
- Player may sometimes spawn with no ammo in one or both weapons. Reloading fixes this
- There may be an intermittent bug in Team Domination where one team always seems to have a player in the zone


FOR THE LOVE OF THE GAME,
Your team at Zero Point Software