I have finally replaced the Unreal Engine 4 default player model with my own (almost fully animated) character as you can see below. I aim to have at least 3 different characters to choose from in the full game but just 1 for the demo. The player movement hasn't changed but the way the camera moves around has. The player is no longer directly in the centre of the screen, instead the camera moves more towards where the player is facing which allows them to see ahead to where they are shooting.

A new addition is the ability to kick enemies out the way. It's simply right-click when enemies are in your face and you can kick them back a few meters. This is effective when the going gets tough and there are a few too many enemies to deal with. You can delay the ‘death by mauling' a little longer. But don't think you can spam this button, because you can't. Similar to whipping the horse in The Legend of Zelda you have 5 stamina points shown in the top right of the HUD. These are the amount of times you can kick and it takes a few seconds to regenerate stamina points.

Now I'd say the demo will be released real soon but I've been saying that for freakin' months. So I'll leave you with "it's ready when it's ready..." 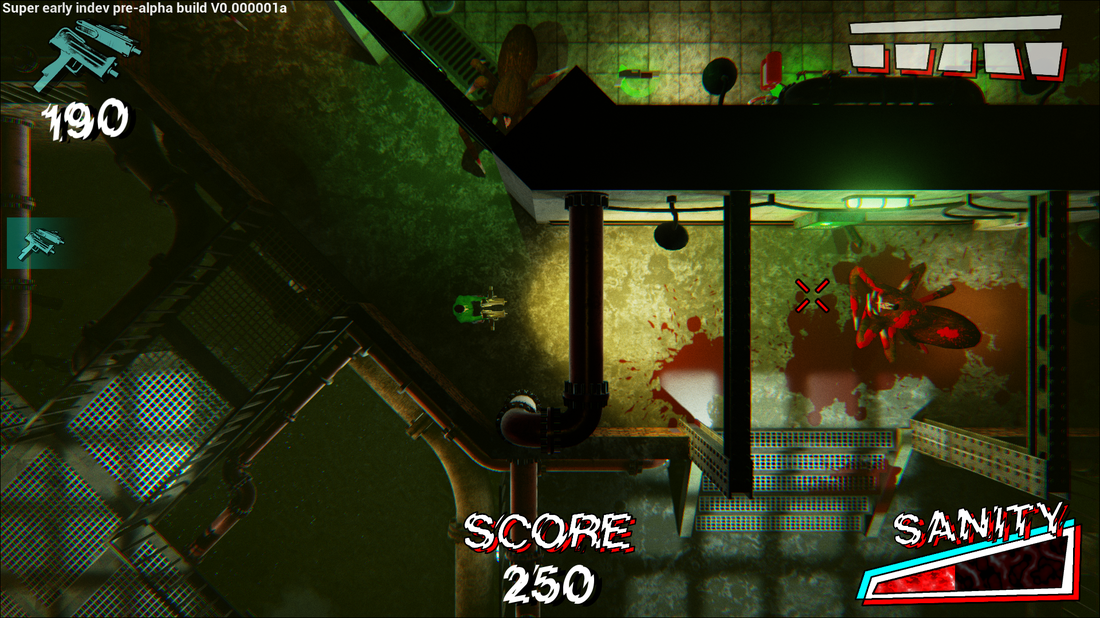