To celebrate 3 months of weekly updates, we introduce the first two playable characters, as well as some customization options (spoiler ... it's hats!)

This is weekly-update number 12, which actually marks 3 months since Cyangmou and myself started posting about Tower57, so I wanted to start by thanking everybody who checks these news and tracks the game from the bottom of my heart! There are exactly 222 of you out there as I am typing this post, which gives me the motivation every night to work 222 times as hard ^_^

And as luck would have it, this week we are finally able to introduce a feature we have been wanting to post about for a while… player characters! As some readers have previously mentioned in the comments, playing as a “bald naked guy” might not appeal to everybody (although the option is definitely there!).

Taking a cue from some of our favorite inspirations, players will get to pick among a ragtag group of heroes, each with their own abilities, preferred weapons, and of course unique appearance.

I should point out however that - unlike said inspirations - there is currently no plan to give the characters rpg-like stats. Instead, the character choice will determine your initial load-out (primary and secondary gun) as well as your special skill / ability (one per character).

In addition, while each character is slightly more proficient at using his weapons of choice (better range, more damage, bigger ammo clips, etc.), they are in no way limited to those particular weapons, and can still use any of the other guns scattered across the levels.

The first character is The Beggar: 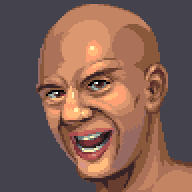 Equipped with an old musket and some throwing rocks, The Beggar is the perfect character for players who like a good challenge. He can also be a powerful ally when picked as an AI companion, although he may sometimes be more interested in grabbing all the coins rather than helping you out…

The next character is The Diplomat: 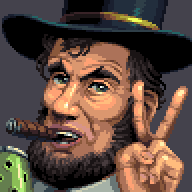 His weapon of choice is the flamethrower, with a healthy dose of fire grenades on the side for good measure. If you don’t mind the short range and the potential for hilarious accidents, this is the character for you! His only downside is a propensity to start small fires when left alone for too long…

Of course there are more characters, which we will gradually introduce in the coming weeks up until the release of the demo, but in the meantime there is another little thing we thought you might enjoy: 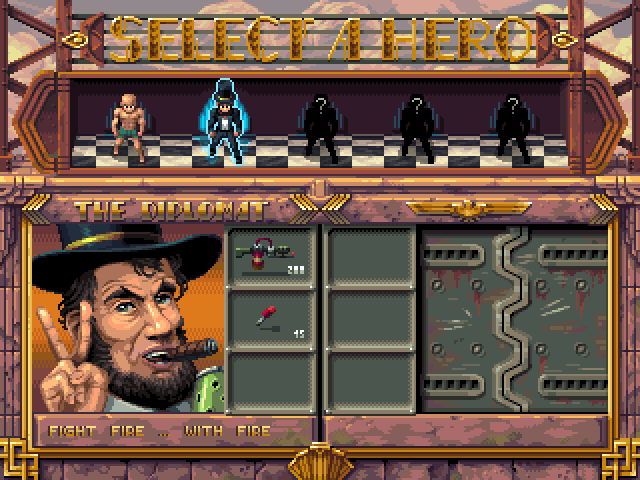 And that concludes this week’s update :) Thanks again to everybody for checking in, and see you all next week!

lol, facial hair and hats. loving the level of detail you're adding to the game
Beards ftw :)

So as I said on the images, the bald guy reminds me of Cho Aniki.

The lips are a bit weird-looking to me, they stand out infront of everything and it's a little bit creepy.

Looking great as always and I really dig the customization and the hero selection screen. Love seeing how much work is going into this every week.