This update shows Map Modes, the Mini Map and a change in graphics. It also contains a gameplay video.

I have changed the style of the countries in the game. Instead of me slowly creating low poly version of countries, and then aligning them correctly in Unity, I have switched to using Hexes. This speeds things up massively, and also works better with the gameplay I had in mind. I also think its looks better as well.

I have added to new UI features, a mini map and the ability to toggle different map modes. 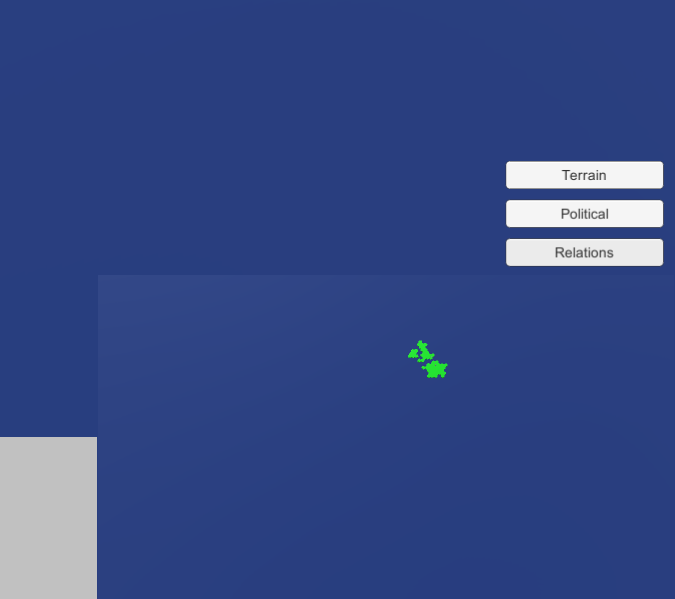 The mini map allows the user to see the entire world without having to zoom out, and the Map Mode buttons change the map modes

The Current map modes available are Terrain, Political and Relations. 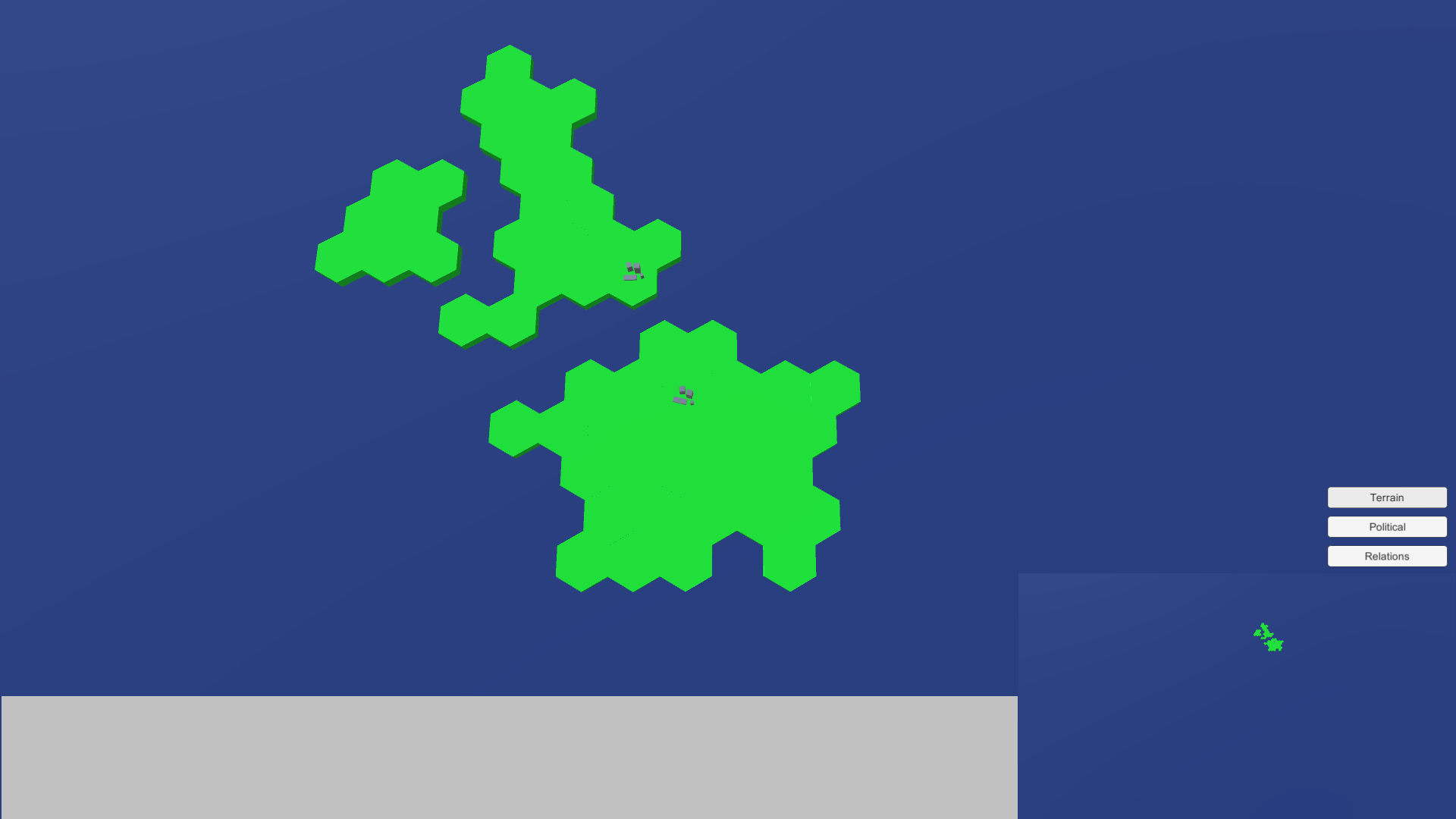 Terrain is the default view, and shows what type of Hex is what terrain. At the moment, only 1 type of terrain exists and that is planes. Terrain will mainly effect unit performance, however it will also have minor impact on the country management side of things. 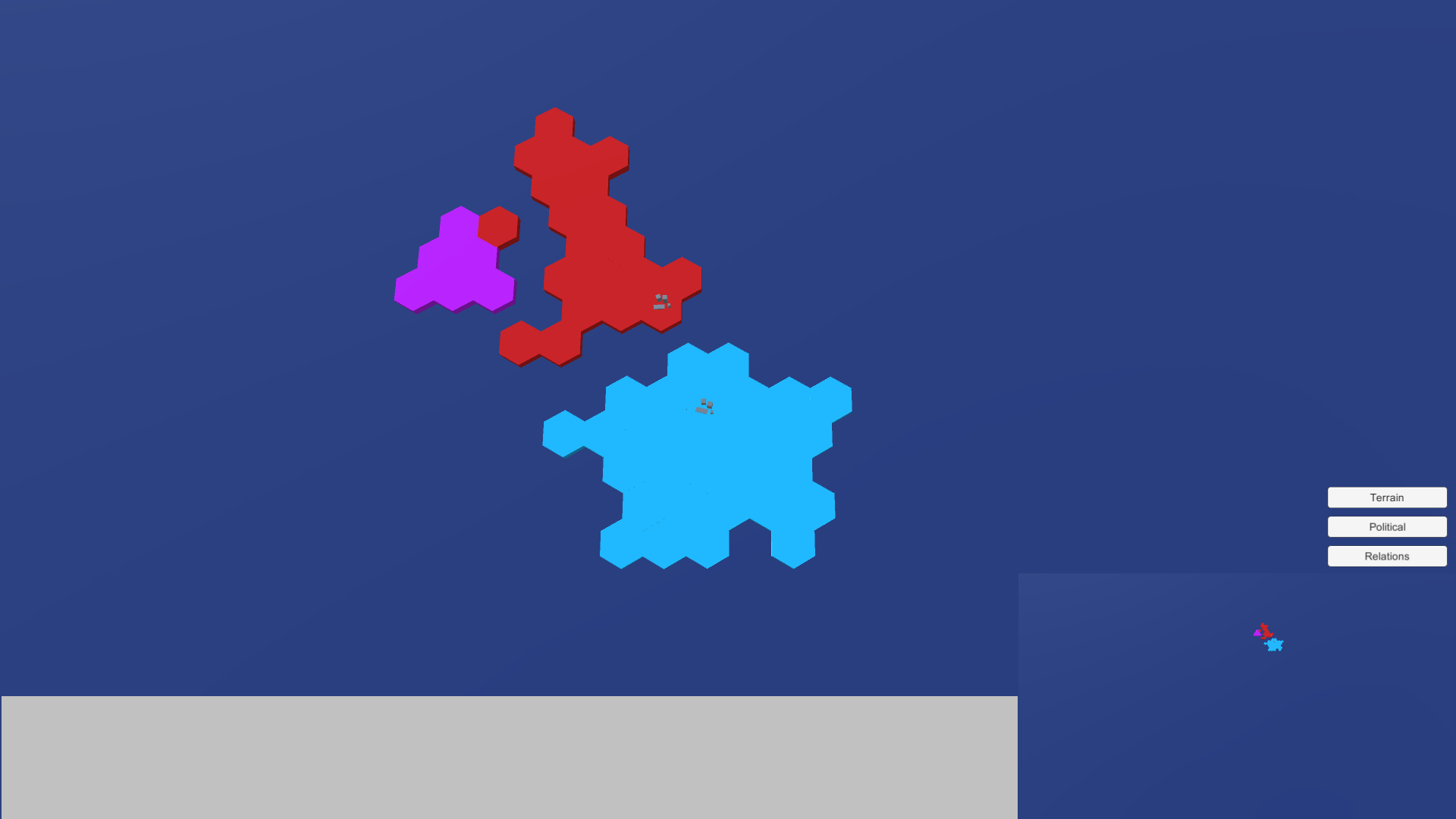 The political view shows you what Hex belongs to what nation. Every country will have its own individual color. 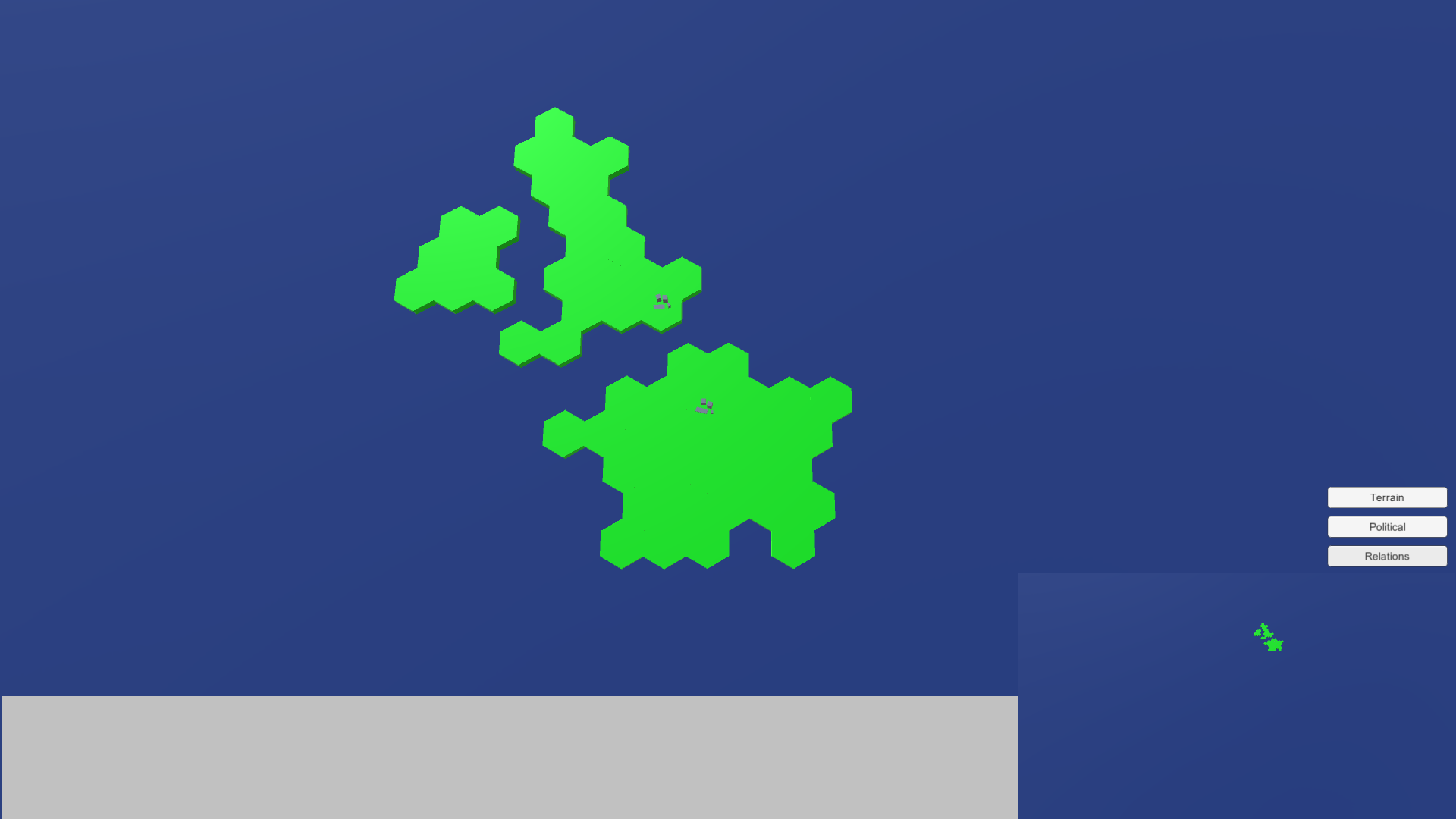 Relations shows your diplomatic relations with other countries. It works on a scale from Green (Very good relations) to Red (Very bad relations). This example is from the perspective on the UK, and neither Island nor France dislike them so they are both green.

This video shows all the previously mentioned featured, as well as City culling (Removing cities when the camera zooms out). Although City culling doesn't effect performance yet, it will when more nations and entities are added.