Update #11 Slightly broken audio, and a couple of doors

I spent the best part of last week trying to get my audio to work properly when I have multiple sound cues at once. The issue arises when my player is getting attacked by a few enemies. The enemy attacking sounds play and there’s a few other things going on like footstep sounds, weapon sounds, music, UI sounds. The problem is that when I try to play an enemy hit sound (a sort of splat) it sometimes breaks up or even refuses to play. It seems to be made worse when the sound has attenuation. And it NEEDS attenuation so when you hit an enemy across the room it doesn’t sound like it happened right next to you. Any-who I think the situation can be made better with a bit more volume control (as suggested by one of the Unreal Engine devs in my thread below).

I have also been making the current level a bit more dynamic. Below are 2 pics which shows 2 doors in the central room which open and close. They start open and the player can activate a switch which closes them for about 45 secs, after this period they open again and there is a bit of cool down before you can activate it again. The idea is that the player can funnel the incoming enemies through a single doorway for easy kills, but note that you still will need to venture out for ammo. 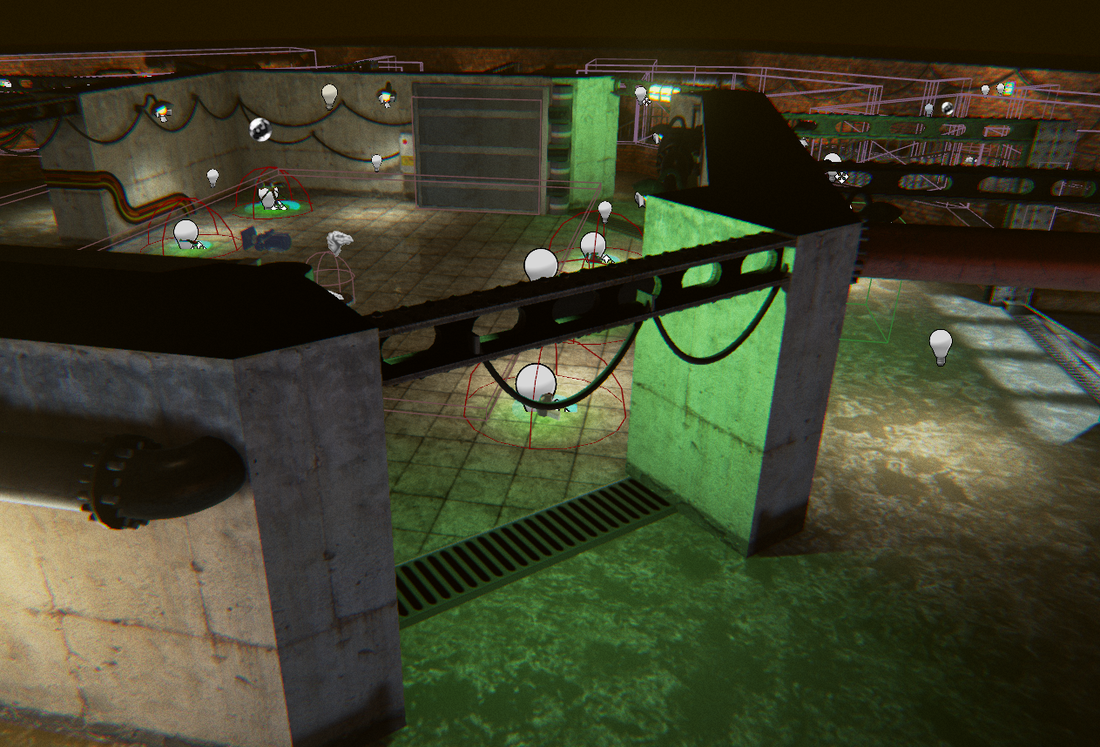 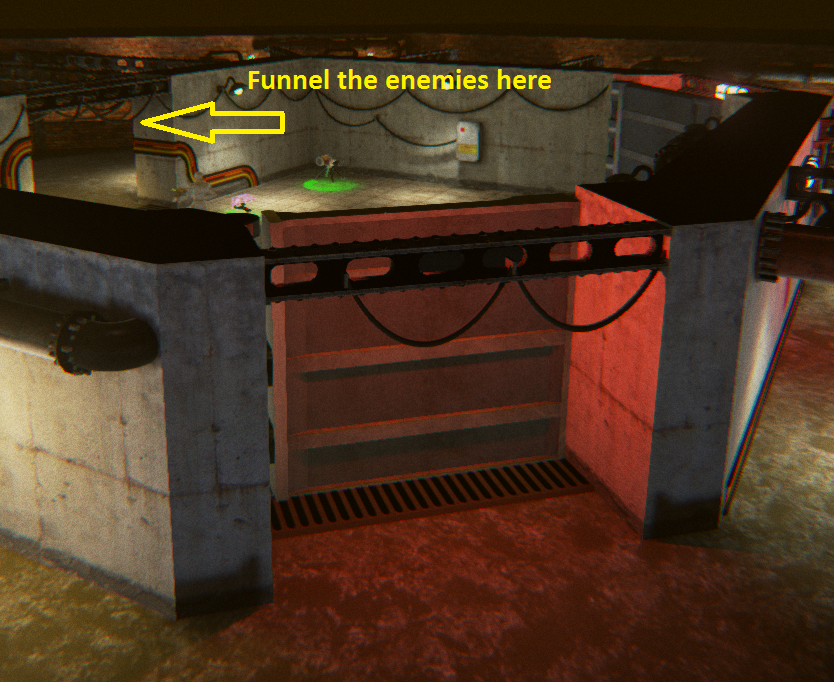 Next on the agenda is sorting out the player model. I’ve spend far too long with Unreal’s default model/animations so it’s time to make something a bit more fitting.