Alpha version 1.1 Released! Head over to our Kickstarter page to read more about it.

Hello everyone, I'm pleased to announce that we just released an updated version of the alpha with tons of new improvements. We implemented basic control mapping, made some UI changes, improved the cinematic camera behavior, and released a new track on top of it all. We're constantly receiving great feedback and using it to improve our game. 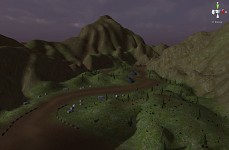 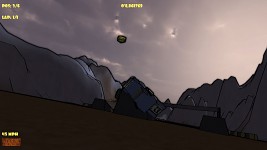 Currently we're working on fixing bugs, generating 3D assets, and improving the overall experience. We're also working on improving our games preview and fixing some of it's framerate issues. These issues were caused by my computer and not by the game itself. Therefore, if you're not convinced by the preview, I urge you to download our alpha and try the game for itself.