This update introduces the Cyclor also in Aracno PvE if played solo, then new graphical effects for the Medikit and Powerkit and the death of spiders. It also includes some bug fixes and improvements in the ingame HUD.

Thanks to the precious feedback of our beta testers we are introducing several improvements.

Now, with the automated battle-bot "Cyclor" it's easier to win the Aracnophobia PvE matches in solo. With the Defender that patrols and repairs the base and the support of the Cyclor in attack, you should be able to defeat the Spider Queen in solo, even if you aren't a "god" like Zeu5.
We hope this will help those who start to play. 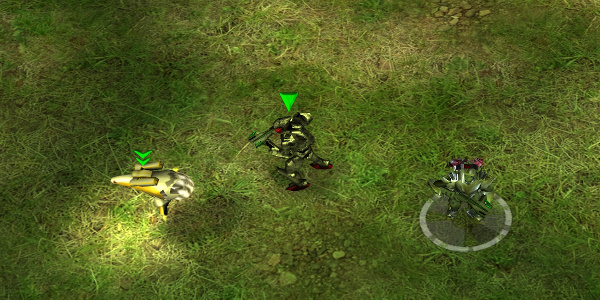 When spiders are not merely "killed", but utterly destroyed, they can literally break apart into pieces!
Feel the power!

Pierced by a Laser beam at full power

I'll have to wash my armor, again!

Cleaned up the in-game HUD

We have reduced the dimension and replaced the text message "you killed a spider" (or an enemy), because we thought it was too invasive. To reduce the clutter on the screen we also removed the fluorescence of the spiders' green blood.

If you find our game interesting, just vote it here on Indie DB, on STEAM Greenlight and play BLAZE on Desura!
If you don't have Desura, you can request a key through this form.