Medieval Engineers is back in action with a great new update!

With the introduction of a highly detailed planet, a phenomenal world map that shows a symbolic depiction of the world, a fully updated rendering engine and many optimizations. Engineering in medieval times has never been this awesome. Not to mention all the other new additions to the game, like doors, new particles, a wardrobe, land ownership, and finally the ability to play as a female engineer!

Now it is possible to enjoy claiming territory, working together with allies to defend it from enemies, or siege and destroy other player’s castles! Go hunting for deer, fight off barbarian attacks, design your own banners, or simply enjoy the view of the world from atop your own castle. Most features of the game support modding and the Steam Workshop, which already has thousands of items available to use with the game. 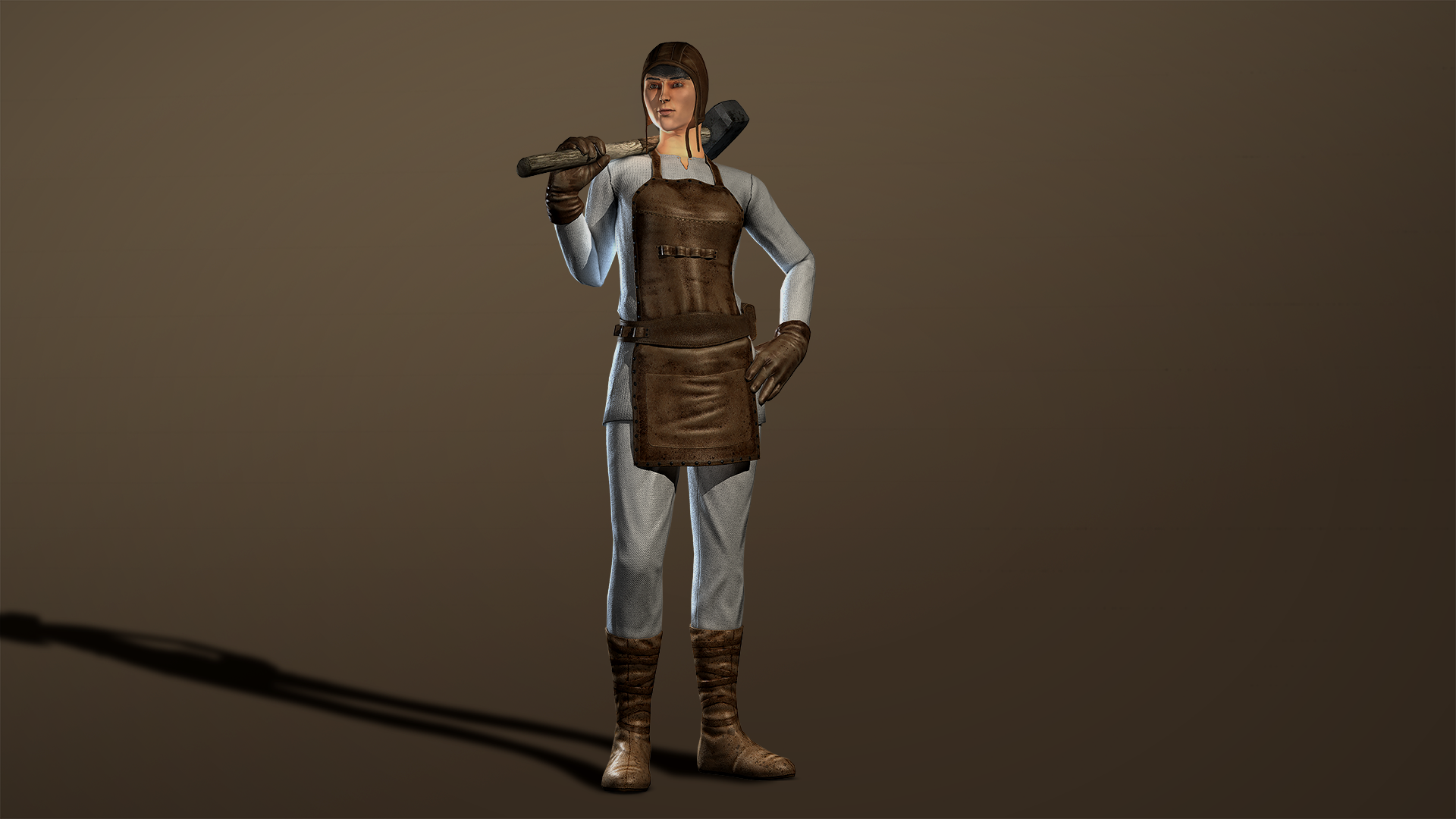 The most important parts for this release are, of course, the new features we added to the game. We list them here so you can easily see what was added over the past few months.

Highly detailed planet with hidden surprises. There are lots of places for you to discover, nice views, and well defensible locations. In the future, we will add more resources, and other elements that make the planet more interesting.

There is now a safe haven on the planet for you to start. This area is claimed by the Engineers Guild and cannot be claimed by players. It contains some basic structures so you can start from there, but you are free to move elsewhere.

It is also possible to mod the planet. A modding guide will be coming soon™.

You can now play as a female engineer! Simply build a wardrobe and switch to the female character there. In the future, we will add some way for it to remember your preferences so you don’t have to keep switching every time you join a new server.

Similar to what Space Engineers introduced a while ago, we now have animated block rotations. This will make rotating your blocks a lot more understandable.

Building and pasting blueprints over trees will now remove the trees.

Fallen castles will slowly decay from the world. This means that debris will not cause permanent server slowdowns.

Abandoned constructions and castles will also be removed if ignored by players for too long. This also helps ensure that lively servers don’t get destroyed by abandoned junk scattered around the planet.

You can now claim areas! Claiming areas will allow you to finally protect your things from thieves, they will be unable to just go through doors and gates.

In order to prevent players from claiming the whole world, you have to pay minor taxes to maintain your claim.

Claimed areas have an outline while building so you can see what you own.

Most interactable elements in the game will now have a contextual GUI. Through this GUI you will be able to configure elements in a more user-friendly manner.

We moved the advanced world settings from the custom world screen into a separate screen, and tidied it up.

Of course, a large planet to play on is one thing, but you also need a way to see what it looks like. For that purpose, we have added a world map that will show you where people have started building their castles.

One of the ways to navigate around the world is using a compass. So we added a basic compass. It will inform you where to find your claims, the directions of the areas around you, etc.

Planets are pretty large, so knowing where other players are is not enough. You also need to be able to get to them. To that end we have introduced fast travel. Through the map you will be able to initiate fast travel to areas, which will help navigate the planet.

The fast travel is configurable through the game, you can add cooldowns, distance limitations, and limit whether or not players can only travel to inhabited areas.

Heraldry was a pretty major part of the Medieval Times and so we now added heraldry to the game. Decorate your castle with your own banners, or with your faction’s banners!

You can design your banners at the banner workstation, which you will have to build and place in the world.

It is also possible to mod the banners, you can find the modding guide here: Steamcommunity.com

The wardrobe allows you to change your engineer’s visual appearance. Change the suit colour or character model as you please.

Unified use and pickup keys

In order to remove the endless confusion with “Which key do I press?” we have unified the use, interact, pickup and configure keys into one cohesive key. Simply aim at what you want to interact with and press the F key. This is of course a rebindable key.

There are also interaction hints that will display on the screen, telling you what you can do with the object. You can disable them in the game settings screen.

Finally you can lock your house. Place some doors and no-one will be taking your goulash from you! They also animate more nicely now.

Walking long distances is a drag, so we added auto-walk. Press T and enjoy the walk. Pressing forward or backward will stop the movement. This key is rebindable in the key bindings.

Player inventory saved on the server

Player inventory is now saved on the server, if you disconnect or crash you will no longer lose all your things!

We have the new renderer as well, and the results show. :)