The first update posted to ModDB. This update talks about the added factions and future plans

This update adds 4 new factions, removing USA from North America. The factions are: 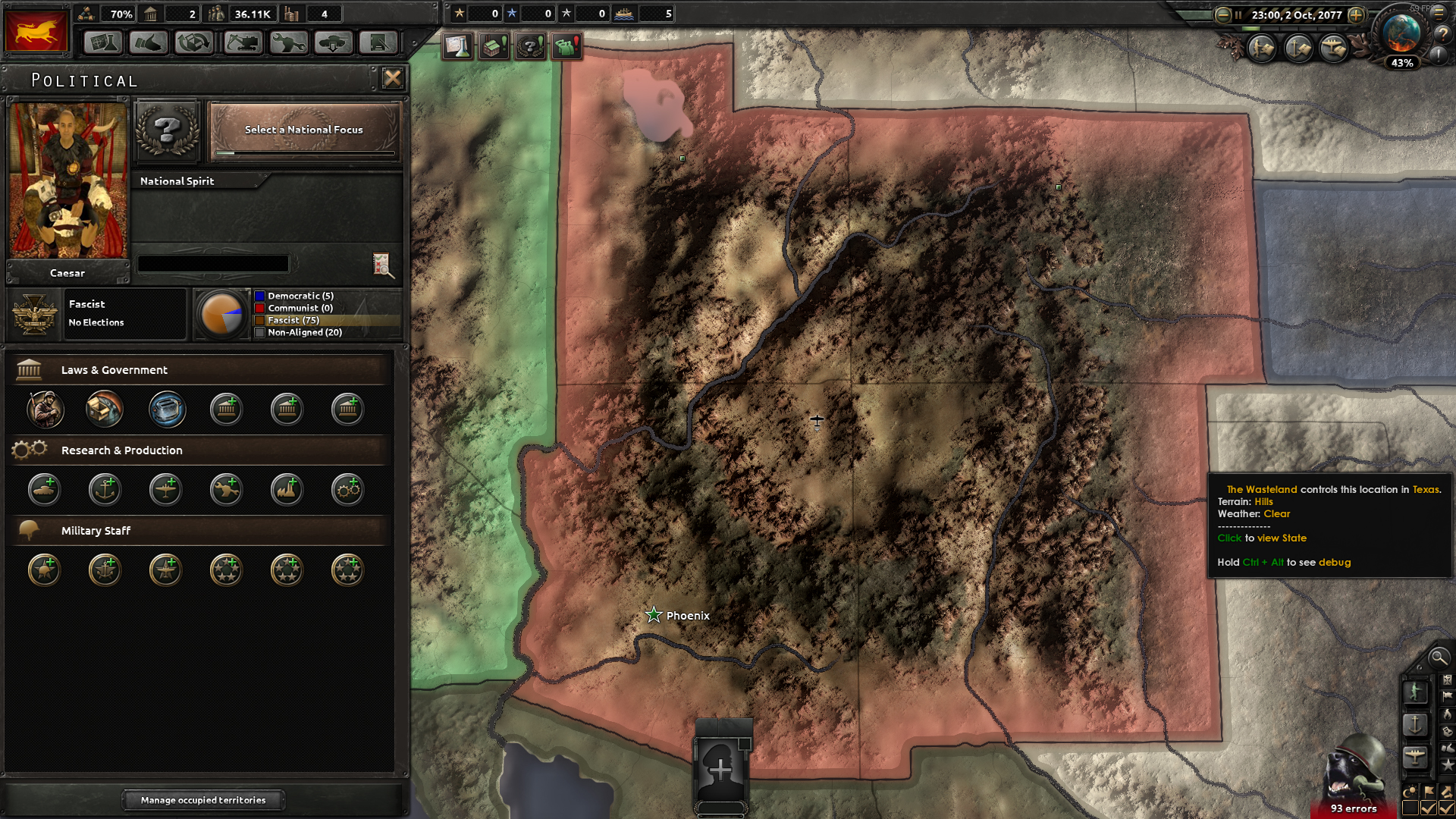 This is the political tab and states controlled by Caesar's Legion. I have made them fascist for the time being, but I am working on custom ideologies that will make the factions more true to lore. At the moment they don't have a national spirit, but I am working on one and it will be in the next update. The states are not completely true to Fallout, but that will all change when I customise the states and what provinces they have. 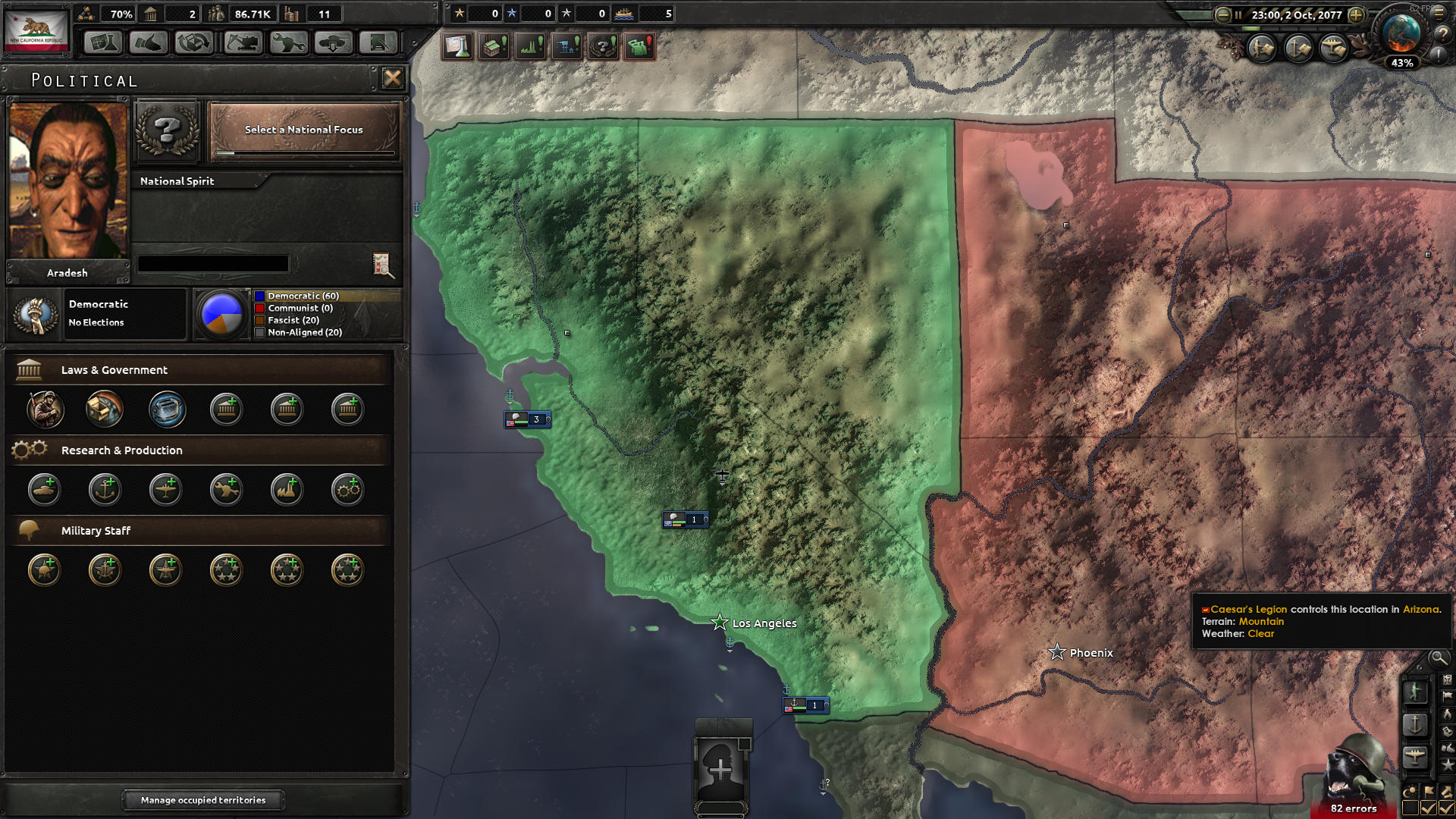 Like Caesar's Legion, this is the political tab and states of the NCR. As previously stated, I am customising the states so it looks more like fallout, but for now this is the NCR. I haven't begun work on their national spirit yet as I'm still deciding on how I can make it unique to them. If you look at previous screen shots, you will notice that the BOS controlled this state, that has changed. I am thinking about giving the BOS the HQ they have but HOI 4 mechanics will mak it difficult, no suply will reach it and troops won't be able to defend it so I'm giving you, the community, the choice.

Wasteland and The Institute - 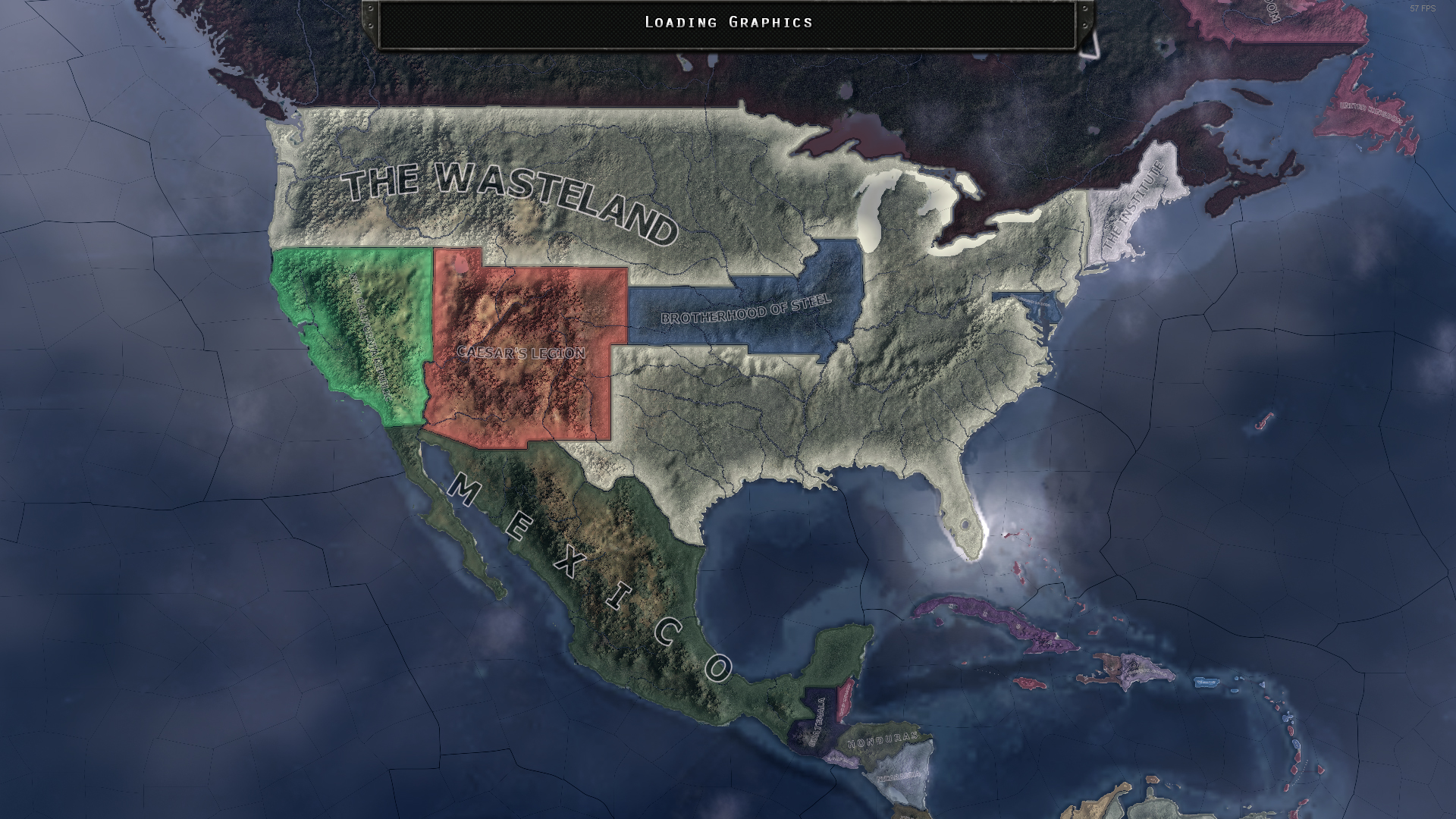 The following should be done next week: