We recently released a new version of the Alpha, featuring a new planet kind: the ice planets. Along with this addition, this release contains a lot of small fixes and improvements.

We recently released a new update of the game, adding the long awaited Ice planets, along with a lot of fixes and small improvements. The builds downloadable on IndieDB have been updated accordingly!

Telluric iced planet is the third biome of Untold Universe. These planets, distant from their stars, are cold and hostile but can eventually feature a very rich underground. 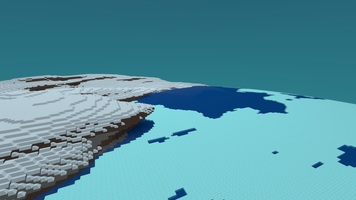 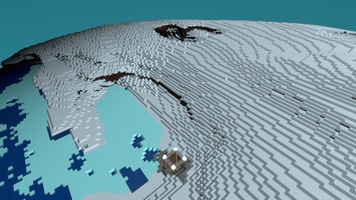 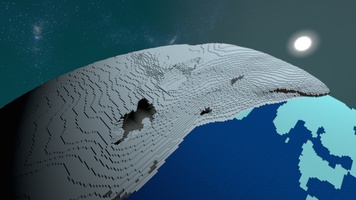 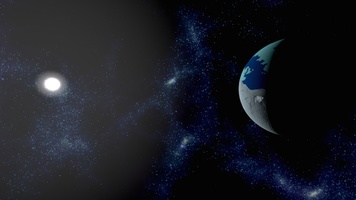 Ice planets are generated using a brand new algorithm, that should make the surface and caverns more interesting and varied.

Many small fixes and improvements are coming with this release. Amongst them are the first two effects that can be applied to your character: Oxygen shortage and Frostbite. The first will be applied underwater, and the second while being in the water in a cold environment. Both will kill you if applied for too long!

As requested by many players, we also increased the player movement speed and added a sprint button (left shift), that will make you run but will prevent you from firing or building. On the contrary, movement speed have been decreased when underwater.

For a full list of changes, head to our website's Forums.