Working on the damage upgrades and effects for the tank laser. The Nazi soldiers have had their AI turned off and are being used as target practice.

This tutorial is based off the player-controlled tank for The Red Front which is currently in development.

Arcade-Action games are a very popular Genre. By following this tutorial you’ll learn how to create a playable tank, make its turret rotate and follow the mouse. In a later tutorial, you will learn how to make the tank move and make it shoot.

You will need to create some basic art, one for the “body” of the tank and one for the “turret” of the tank. These two parts will move independently to each other so will be drawn in two segments.

This tutorial has been written for beginners and assumes basic knowledge of Unity and C# programming.

The basic setup required for this is as follows:

Following this, you will have the following hierarchy structure and objects created.

Note: If you have any issues with the turret appearing behind the tank body, select the TankTurret object and set the “order in layer” to 1.

The following stage will add a new C# script to the turret object which will cause the turret to track the player cursor. 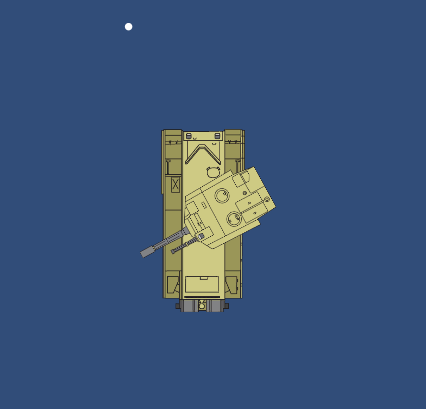 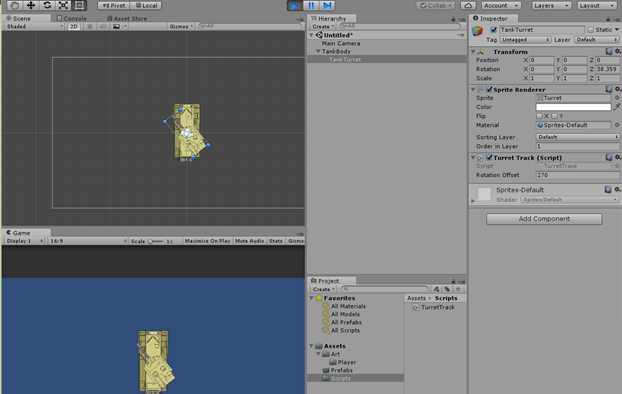 You have now created your tank, created a moving turret and have it correctly following the mouse.

There may be some additional questions, so I have created a few example questions below:

If you would like your turret to rotate around a different central point, select the art piece that you have and click “sprite editor”. The central circle is the sprites rotation point, drag this to your desired location and hit “apply”. Everything else will magically just work! 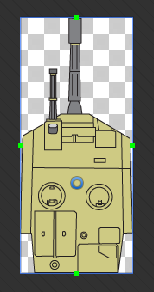 About This Tutorial Series:

This tutorial series is being written by the developer of “The Red Front”, these tutorials are aimed at new unity users who are interested in getting involved in Game Development. These tutorials are real-world examples based off methods that are currently used in The Red Front. Visit us at www.theredfront.com