New and improved visuals with Unity 5 including AA, SSAO and GI.

While creating models in Blender I was pretty happy with the appearance of the art work, but when I brought it in to Unity it was never quite right... I tweaked this. I tweaked that. Just couldn't get it the way I wanted.

With the release of Unity 5 the visuals of the game got some much needed improvements. Adding SSAO, AA and GI got rid of the overly cartoony look and added a nice matte like finish. In retrospect Blender had all of these and I was using them to create my textures, butUnity (free) just couldn't follow through - and I wasn't quick enough to realize it. It's not perfect or final, but the progress and improvement obvious. 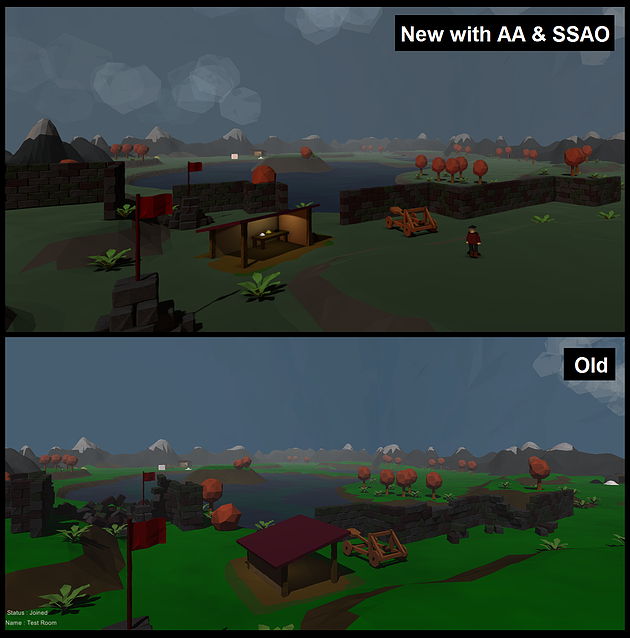