Today we look at the model of Confederate ingenuity, the Sidewinder Tank! 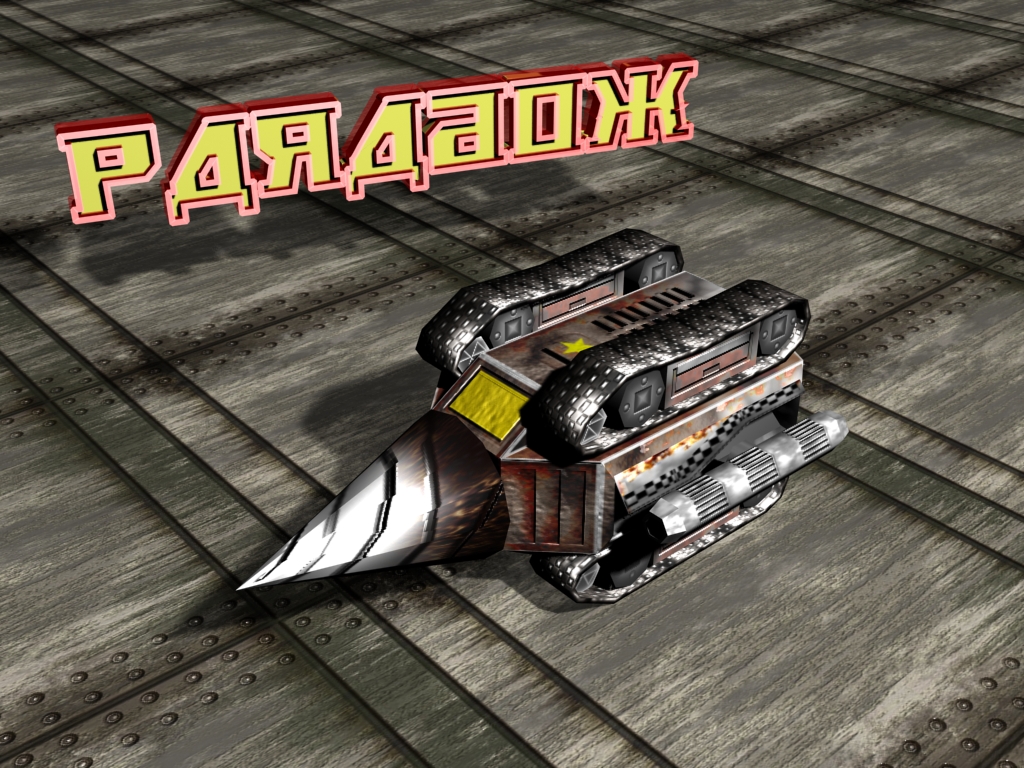 If the Confederates have anything strong going for them (other than a mastery of guerilla tactics and the element of surprise) it's their affinity for feats of engineering. Their skill at repurposing, improving and designing is usually put to use making old tanks new or designing impressive ways to blow things up, but occasionally they'll notice a niche that has not been filled and will design something from scratch. The Sidewinder Tank is one of these somethings.

Equipped with a pair of retractable high-powered wind generators, the Sidewinder can generate hurricane-force winds; these winds can absolutely devastate buildings, and if aimed upward can wreak havoc on targets in the air through a combination of heavy turbulence and debris (high damage over time, in game terms). The wind generators can only be angled upward to a certain extent, so the Sidewinder's anti-air capability is limited by a small minimum range, but it's effective enough to be used as AA if needed. Against surface targets, it the wind force is not quite as effective; it pushes them back, but a determined enemy will still be able to march through, albeit much slower than it normally would. Luckily, this delay will give the rest of the army time to escape if needed - the Sidewinder has its own route to safety once everyone else is free. 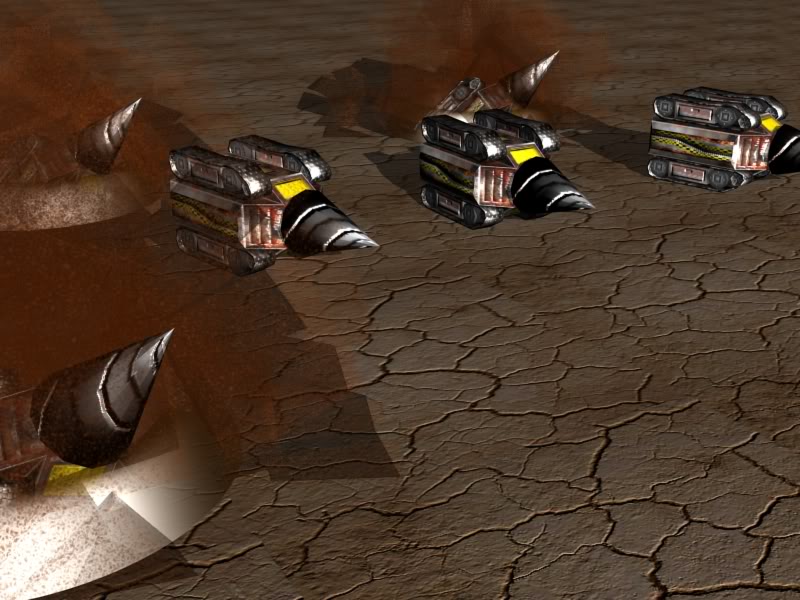 This route to safety is through the use of a massive drill on the front end of the Sidewinder. When the offal hits the retractable high-powered wind generators*, the Sidewinder is capable of digging a path through the earth itself - or, in fact, whatever it is situated on at the time, including concrete and solid steel (like on Japanese floating fortresses, oddly enough) - to a point a certain distance away. While underground, it is undetectable and invulnerable to any attack, but due to the need to ventilate heat generated by friction, it may only Burrow (targeted ability) once every so often.

*Note: This is a figure of speech. Burrowing would do little to clean off the wind generators, as they retract when not in use, especially when underground.

Thats nice :D
I wish i could see this preety in action :P

You won't have to wait long. When the SDK comes out, the FIRST thing I'm doing is coding this baby into an existing faction, and then making a demonstration video with this song in the background: Youtube.com

Nice, but will it work with Red Alert 3?

Sure! It's basically an upside-down flea jump with a longer travel time and more range.

The animation will most likely be invidually from the ground textures (should) so it should work.