Today we look at the Confederates' primary indirect-fire vehicle. The name may not be all that interesting, but it's indispensable in a combat situation. 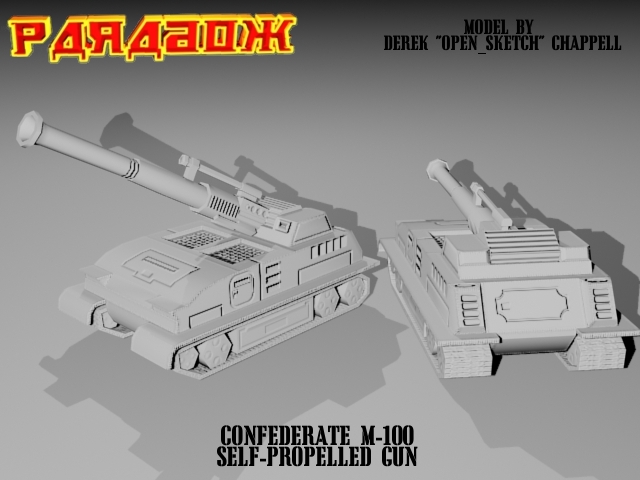 For a sneaky army like the Confederates, one of the most important skills to have is the ability to hurt your enemy while taking minimal losses. There are a few ways to do this: bring large numbers (inefficient for unconventional warfare), bring thick armour (not ideal when all of your tanks are decades old) or simply wipe out your enemy before they can retaliate. The M-100 is very, very good at this last one, with its massive range and high damage. Having just a handful of M-100s will be more than enough to destroy a scouting force, while a full-fledged enemy army will find itself without its strongest units in seconds.

The M-100 does excellent damage to vehicles and infantry, and while it isn't especially accurate, its huge damage radius makes this a non-issue. It isn't especially effective against buildings, but during a base assault it can still be effective by either wiping out the defenders or firing its Supershell (targetted ability) which will leave any target in ruins and slow units moving through the area for a short duration afterward. Regardless of the situation, you can find a use for the M-100 (unless the situation is an air raid), and assuming you can protect it long enough for it to do its part - the M-100 has poor armour and is one of the slowest tanks in the game - it will be one of your most important assets.