A Unit Preview showing the Boghulcuud from the Mongols. The preview was composed by Sumskilz and Hross and originally posted at TWC (Total War Center). Enjoy! 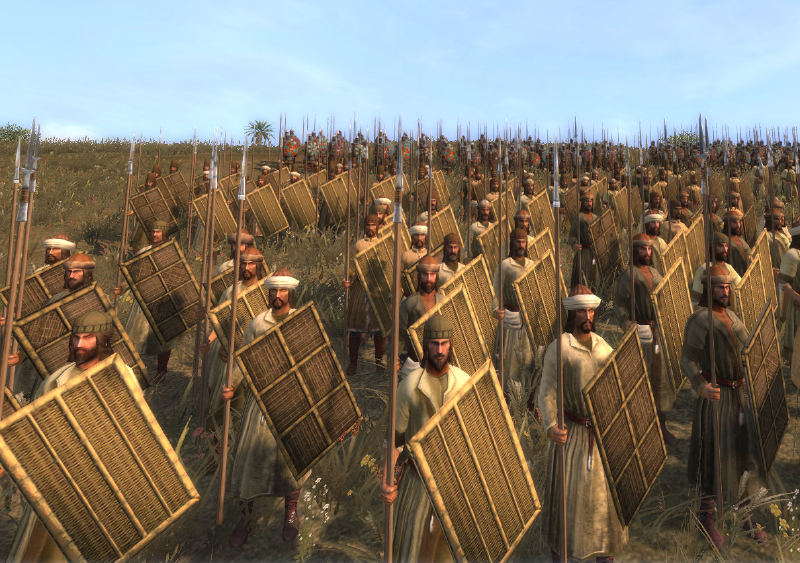 Forming one of the lowest
classes of Mongol society, these Boghul or serfs would be levied in
times of need to fill up the numbers in large scale campaigns or bulk
out local police actions led by nobles. These bands consist
predominantly of ethnic groups that dwelt in what had been prior to the
Mongol invasions, the Persian world, stretching from Transoxania to
Iraq. These men of many nations are now no more than slaves under the
yoke of their Mongol masters. Equipped with the simplest of equipment
in the traditional Persian levy style they carry a reed shield which is
large, light and cheap. The spear is a simple practical weapon that
requires little skill at arms, efficient against both infantry and
cavalry. Without armour, training or much willpower to fight they group
together in large fearful masses, although no doubt some of them pray
for a quick end to their unlucky existence. 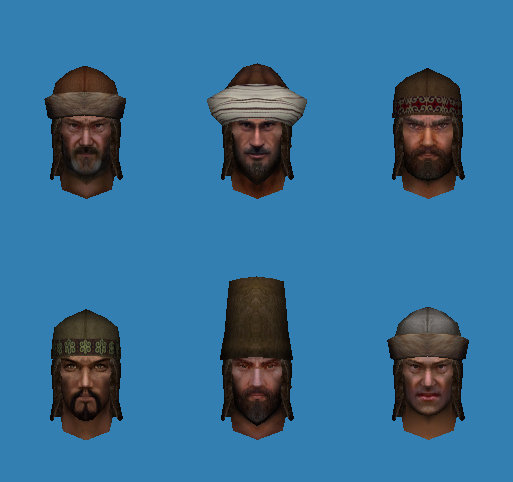 As in the case of the
Ildütei Saicud, I used parts from the Rusichi mod as a starting point.
The Boghulcuud posed a greater challenge however as the Rusichi mod
contains no Middle Eastern units. The biggest obstacle was coming up
with suitable faces. 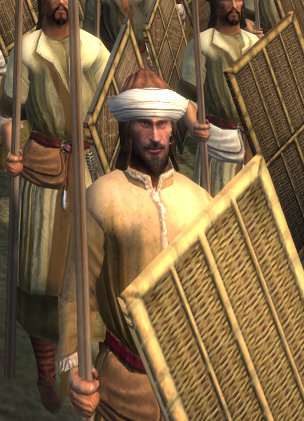 Qalansuwa Shashiya – a quilted hat of Transoxanian origin popular throughout dar al-Islam (the land of Islam) in medieval times, it was often wrapped in a turban. 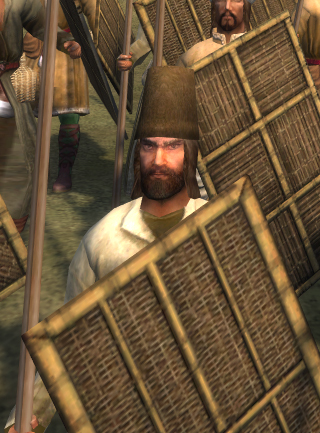 Sikke, a tall felt hat also worn by the Mevlevi (Whirling Dervishes) in which context it symbolizes a tombstone. 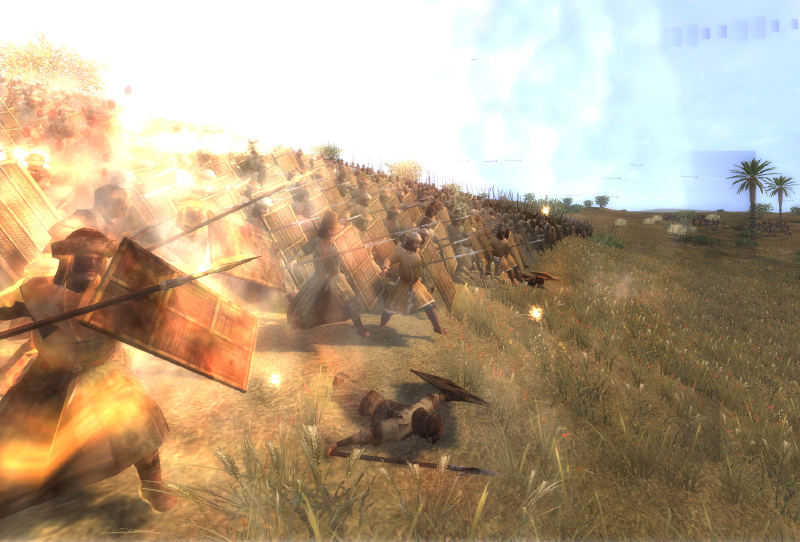 
Model and Textures: Sumskilz incorporating the work of Ronin and Lance of the Rusichi mod.