The forth and last major beta version of Unending Galaxy has just been released ! Improved combat, economy, and user interface are on the menu. 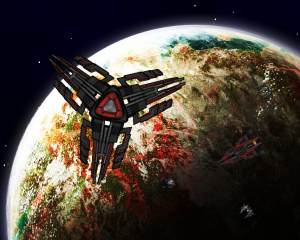 At last, Unending Galaxy [Beta 4] is available. As usual, I won’t list everything new, fixed or changed, because there’s way too many things to list and it would make the devlogs fairly useless, but here are the main points:

I hope you will enjoy this release. The changelog may not be as big as usual, but between the improved combat mechanisms, the trading overhaul and the more complete and consistent UI, there’s already plenty to do. 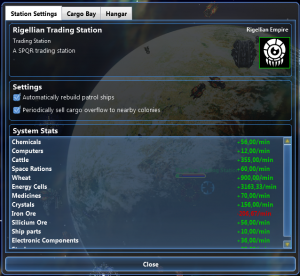 In short, the factories have been rebalanced (most changes courtesy of Paul from the bay12 forum), luxury goods are used to reduce war weariness, and trading stations buy and sell stuff based on what’s currently needed in their current solar system or sector. While still not yet fully finalized, the trading system is more consistent and much less exploitable.

It should be noted that free traders make less money than before, most likely because trading stations aren’t easy to abuse anymore. They still make money, but it varies a lot more from system to system and you will likely need 2 or 3 times more free traders to get a comparable income. Beta 3 traders made way too much money, but here it’s a bit on the low side. Being stuck to a single solar system is what’s causing the loss here, I may have to allow this module to move around the galaxy in the next version. 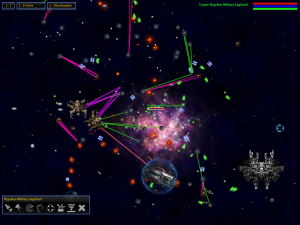 Most of the improvements regarding the individual combat AI have detailed in this devlog, namely the new flying patterns and the ability for enemy ship to shoot at where you are going to be instead of where you’ve been. Both changes make a world of difference when dealing with enemy ships. If you thought combat was too easy, it’s time to give it another try.

There’s another major change directly impacting the combat. Ships no longer have near unlimited battery energy (In beta 1 to 3, energy generation was multiplied by 5 for testing purpose). Shooting cost energy, the bigger the gun, the bigger the need. Shield charging also consume energy, the more shields, the more energy. When out of energy, your firing and charging rates will be lowered dramatically. Depending on the ship you’re flying, you will need to check your battery level with more or less care, bigger ships tend to need more caring.

I don’t expect the energy needs of each and every weapon and shield to be perfectly balanced at first, so any insight is welcome as usual. 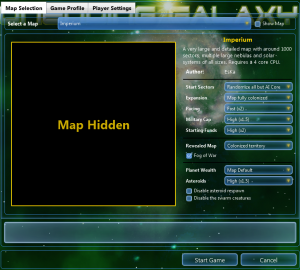 The New Game menu got a nice makeover. There’s a few of additional map options that should increase re-playability by a bit. In instance, it’s now possible to randomize the starting position of each faction. The menu in itself is better looking and the context help has been made as helpful as it can be. 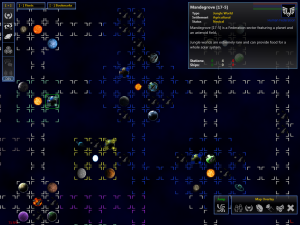 There’s way too many little tweaks, improvements and fixes to list them all. The way targeting and selection works has been rewritten and should feel much more natural. Your civilian ships are marked as such and will be treated like NPC as they should have been from the start.

The missing menu for exchanging cargo between your current ship and your stations has been added. A menu to setup your trading stations and military bases has been added as well. It’s also possible to build your own warpgates, granted you have control over a capital sector. Most existing menus have been tweaked, improved or fixed in a way or another.

The galactic map got a small makeover, the left mouse button isn’t wasted on showing a cosmetic popup anymore, it’s used to see the selected sector’s content while the right click is still used to give orders to your ships.

The Empire Manager has been made more useful too, double clicking a mission in the mission list centers the world map on the target’s sector, journal and galactic news articles are time-stamped, I added a “pause game” option for each option in the log settings and the Empire tab got some context help.

Here again, if you want the whole list, the changelog is available.


I spent a lot of time trying to make the code more stable, especially on hardware that’s on the lower end of the spectrum (recent machines don’t seem to have a problem). I also fixed more than 40 bugs, and, as far as I can tell, all the issues that have been reported to me should be fixed.

I hope you’ll enjoy this release ! It should be the last major beta before the 1.0 release. Well, I keep the right to sneak another beta in between in case there’s something I need to fix or patch quickly. :)