The third beta version of Unending Galaxy has just been released ! I hope you will enjoy it ! 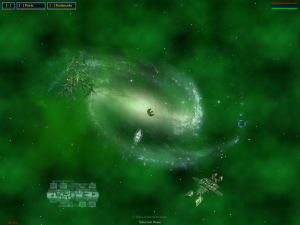 As usual, I won't list everything new, fixed or changed, because there's way too many things to list and it would make the devlogs fairly useless, but here are the main points:

I hope you will enjoy this release. As usual, feel free to comment here or on the forums, any input is welcome. That said, there's still a few other things to cover and explain, this is what I am going to do in this article. 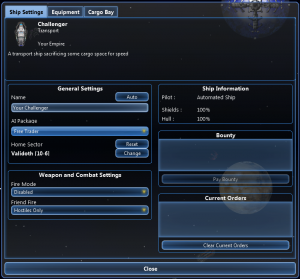 I already explained this one in the last devlog, but here's the how to. Free traders will buy low and sell high in a given solar system automatically. They do not always take the best deal available, but they can make an awful lot of money very fast nonetheless. They are prime targets for pirate raiders.

To set one of your ships as a free trader, open the ship's setup menu, select a new home-sector (you can select any sector in a given solar system) for it, then in the AI package menu select the Free Trader option to run it. If you've not set an home-sector, it will automatically use the one it's in.

Right now you can set any ship type as a free trader. Cargo ships tend to work best money wise, but nothing prevent you from using beefier ships to do the job. Also, don't forget that you can assign escort ships to your trader by ordering some of your other ships to protect it, they'll follow automatically.

Also, it's a very bad idea to set a free trader in a system with a pirate base nearby (or, worst, inside), so be sure to check the location before launching the ship. Depending on the system's owner and how well it's developed can change how rewarding and/or dangerous it is. And, finally, don't overcrowd a system with too many traders because they'll compete with each other a globally reduce your income. 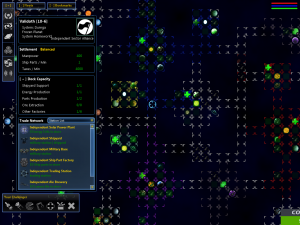 As explained in this devlog, who owns a sector is the one having the most stations there, or the one having put a military base there. As such, the "declare independence" button and the "auto expand" manager have been removed from the Empire Management menu. AI controlled factions takes way more time to expand too.

As a result, you'll have plenty of opportunities to expand and claim your own location in the galaxy. Don't forget that you don't necessarily need to destroy annoying military bases yourself, you can ask your friendly pirate base next door (heck, you can even ask several of them at the same time) to do the dirty work for you.

The whole system isn't exactly well-balanced right now, and the AI is a bit stupid when it comes to handle the player, but this is still a major step forward and the issues will be ironed out as the development progresses. 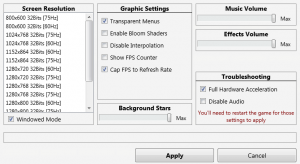 First of all, good news ! I finally fixed the annoying bugs with the graphical and sound settings menu. You shouldn't have the same resolution shown multiple times anymore. The menu has also been redesigned a bit as shown in the screenshot. Refresh rate isn't ignored in windowed mode anymore. Oh, I also set the default resolution to windowed 1024x768 in 60hz to make sure that the game will run properly even if you start it without setting a proper resolution first. 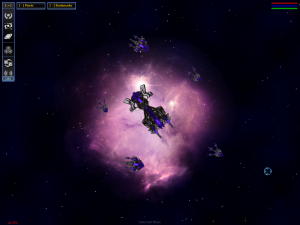 Performances are on the rise significantly despite the game having way more agents to handle than before, especially in the late game when you can have around 15 to 20k of them, depending on the map.

Also, I improved savegame loading time in a big, big way. Before this beta, a large map with several hours of play would take several minutes to load. I have multi-threaded all that and slightly optimized the code itself. A savegame that took around 3m30 to load takes less than 45 seconds now on my computer. 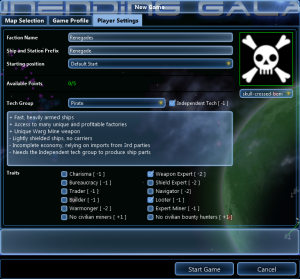 I added a bit of help there and there to make the game a bit more accessible from the get go. In instance, the new game menu is easier to use, and tech trees, which are the most important element have a description explaining the pros and cons for each one of them. I also added some context help in the bottom log when the player needs to select a sector or an object on the map. The galactic news and journal tabs of the empire manager also comes with a first item when starting a new game to explain the purpose of those two tabs. Of course a tutorial is still needed, as well as a better documentation.

Many menus were improved / fixed too. The asset list is way more responsive and automatically refresh itself. The diplomatic screen is way more useful. Oh and default keys have been somewhat tuned: WASD is movement, Q is scan/setup, E is interact, X is your inventory, C is change ship, Z is active pause, so all the most commonly used keys are right under your fingers. Don't forget that the game handles more than 2 mouse buttons, I do set my "deselect all" to mouse 4 and "Jump" to mouse 3 myself.


Right now there's 7 different special events of varying intensity. I won't detail them, some good, some neutral, some are very bad. More (a lot) will be added during the development. Right now they are posted on the galactic news and then happens roughly every half-hour or so (well that depends on several factors). You don't get a special alert sound or message for them yet, I will add that before 1.0, though. 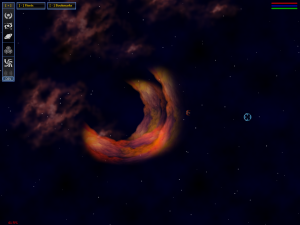 Well, this isn't exactly the "pure" trading update I was aiming for at first and there's still work to do there. However I don't want to delay this update more than necessary, there's already a LOT of new things to play with, and there's nothing better than a full scale release to be sure I have not forgotten a major issue somewhere.

Next beta will likely be the last one before 1.0. It should complete every feature that is not yet finalized (diplomatic options, faction AI, missions, menus, guild system, ship commands), add a lot of new events, hopefully the procedurally generated maps, and well, we'll see about the rest. Note that 1.0 is only a number, I am not going to stop development there, UG is my baby and I like it a lot, I will however start working on other side projects in parallel.