The alpha development cycle has ended, and our first beta version is now being released. 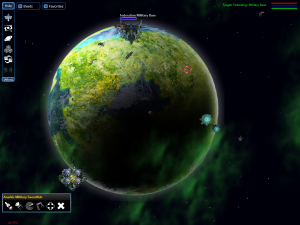 Finally, the official Beta 1 of Unending Galaxy is available for download. This is, by far, our biggest release to date, massively improving the game. The full changelog is available on our forums, but here are the main points:

This article, instead of focusing on what has changed, will explain what will happen now that this first beta is out. Also, note that the documentation center has yet to be updated to reflect the changes in 0.8.0. The general idea stay the same and the game has optional help bubbles for the main UI, so If you’ve played the game before, it’s unlikely you’ll get lost.


So with the beta 1 released, we can now focus on adding and improving content. Well, I will take a week first to advertise the game, write the documentation, reorganize the forums and all those things I neglected the past few months. It’s also likely, given the size of this release that a few bugs slipped by and it may require a hot-fix or two. 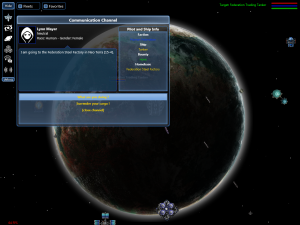 That done, each further beta version will be thematic, focusing on a particular area of the game. Input bad or good, as long as it’s constructive, will be much appreciated. The easiest way to do so is via our official forum. If you are a member of Space Sim Central, we also have a dedicated thread there, but consider registering on our forums instead, having a split user base make things much harder to track.

Beta 2 will focus on the pirates. For those who know me for my X-Universe plugins, I will basically integrate Pirate Guild into the game, while, of course, taking advantage of writing it for my own game. It will also deal with the other side, the police. It should add missions for both sides, give you the ability to climb ranks in the guild, add dialog options when talking with other pilots, and improve the AI of the pirate faction in general. 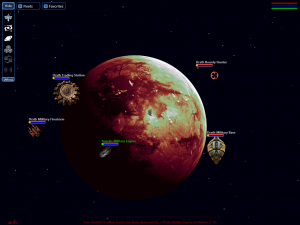 I have not yet decided the exact content for each beta, but here are a few topics that will be the subject of a beta in no particular order:

The beta phase should end between January and February 2015. Then it will be time to deal with the remaining bugs and balance issues.

Anyway, I hope you will enjoy this release !