Lots of people were asking for an undo feature, for when they make mistakes during creation or a misclick happens, this has now been added!

The undo feature was the most requested feature from the testers and players of Vox, so this has now been implemented into the creation modes. Creating items and the custom character part creation screens now include a button on the bottom Left of the editor panels to undo previous user actions.

Actions that can be undone include: 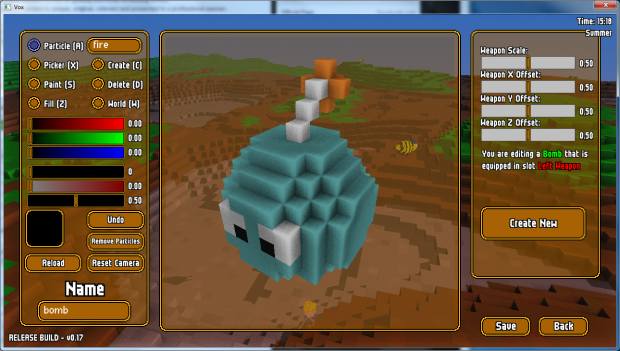 These new features have been added to v0.17 of Vox.