The 1.0.1 patch has been released and includes fixes for AI zombies and spiders as well as many gameplay changes as well as other various fixes. 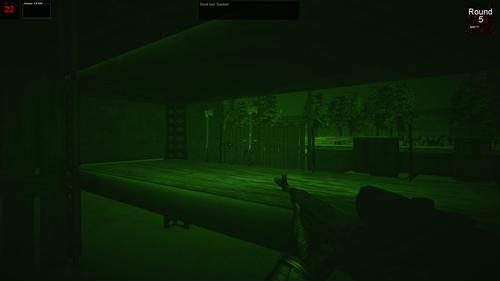 We’ve been working hard to get all the bugs fixed and most suggestions added in. There have been quite a few major bugs fixed as well as many gameplay changes and some much needed AI changes. Here is a complete list of all the changes and fixes in 1.0.1 as well as the download links for the patch and the beta:

What’s next for Undead Shadows?

Well were hoping to keep the beta testing going for this week and some of next week too. After that we will be making some final preparations and rolling in some cool features for the release. We are aiming for the second week in December to release the full game in the Ignition Games store. We will be trying to get the necessary votes on Steam Greenlight to get the game onto Steam, as well as releasing on a couple other third party portals which we will detail in the release announcement. We want to hear from everyone who has tried the beta to give their feedback so anyone who has anything to tell us, install the 1.0.1 patch, check out the changes to see if we've made things better, worse or the same and send us your feedback!

If you haven't tried the beta yet, yo can go to Undeadshadows.com to signup and download. Just remember to apply this patch right after you install it! Invite your friends too! Undead Shadows is even more fun to play with friends!