We round up all the sweet Let's Plays of UNBOX, and announce a hotfix coming soon for UNBOX Pre-Alpha 1.0!

Posted by ProspectGames on Apr 9th, 2015

Since appearing at Rezzed, Insomnia54 we've had some glorious YouTube reviews! A massive thank you to everyone who has already played UNBOX on camera. Remember, we give anybody permission to play and monetise videos of UNBOX being played as long as you mention us (Prospect Games!) and how great we are.

UNBOX was one of those games Platform32 really liked but just didn't have enough time to talk about in his recent 'Most wanted indie games' video on YouTube.com/Eurogamer.
Check out what UNBOX is all about and watch some exclusive gameplay, right here, right now. Or he'll box your ears!

In this video ThatDyspraxicGuy plays through the first set of Singleplayer levels available in UNBOX - some Tutorial Levels! The controls and mechanics of the game are also helpfully explained and demonstrated.

Along with Bersekrer, Beany081 and "Matt", Scarbeus plays through every multiplayer level over a 4-part series; each video is centered on one of four game modes: Race, Collect, Deathmatch and Oddball. Fireworks are fired, and friends are lost!

While the Pre-Alpha build we released last week seems to be pretty stable, we'll be uploading an updated version very very soon, that should be a smaller download AND fix a whole bunch of stuff you didn't even know was broken.

And because we're pretty great, enjoy some new screenshots of what will be UNBOX Pre-Alpha 1.01! 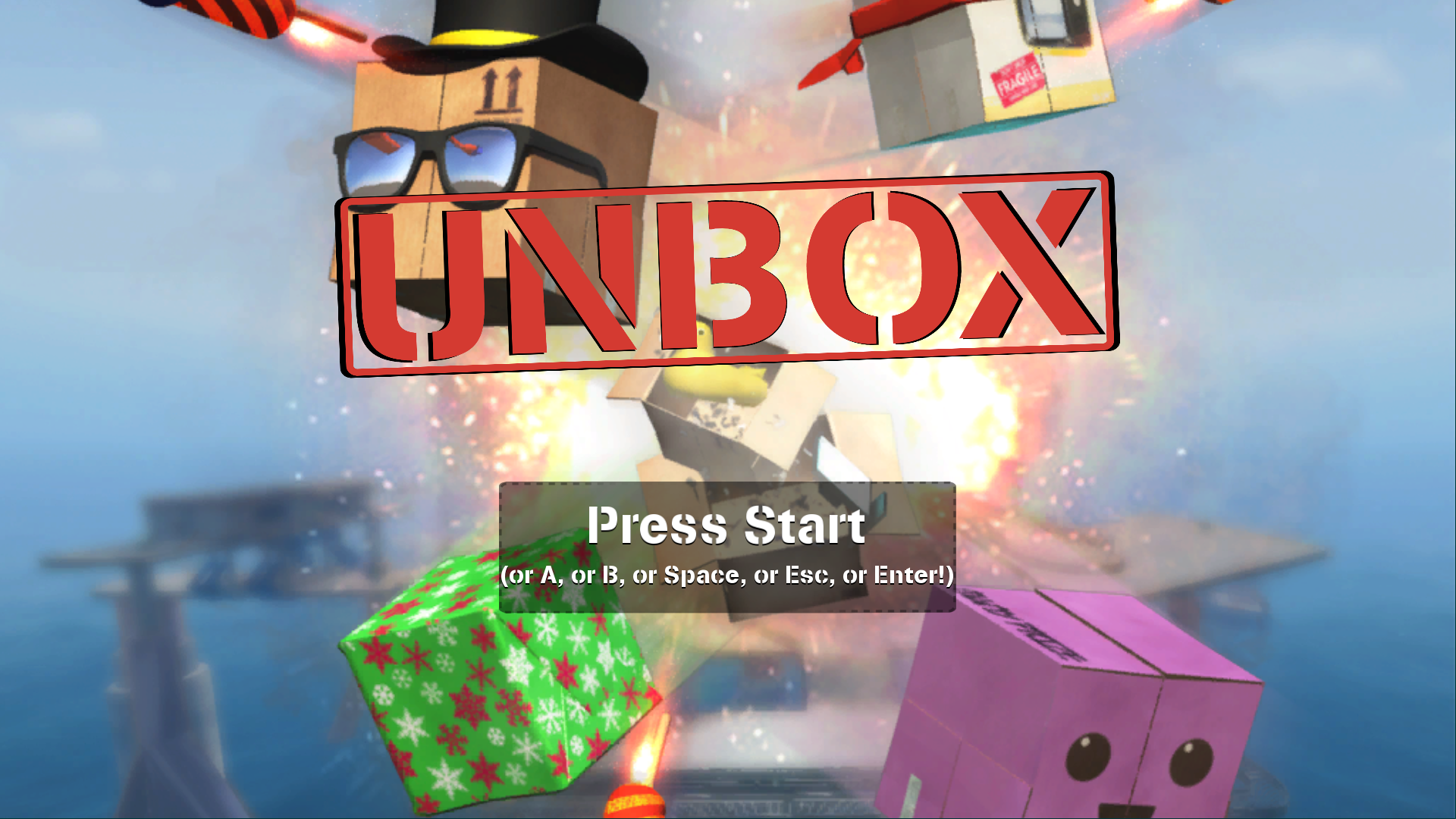 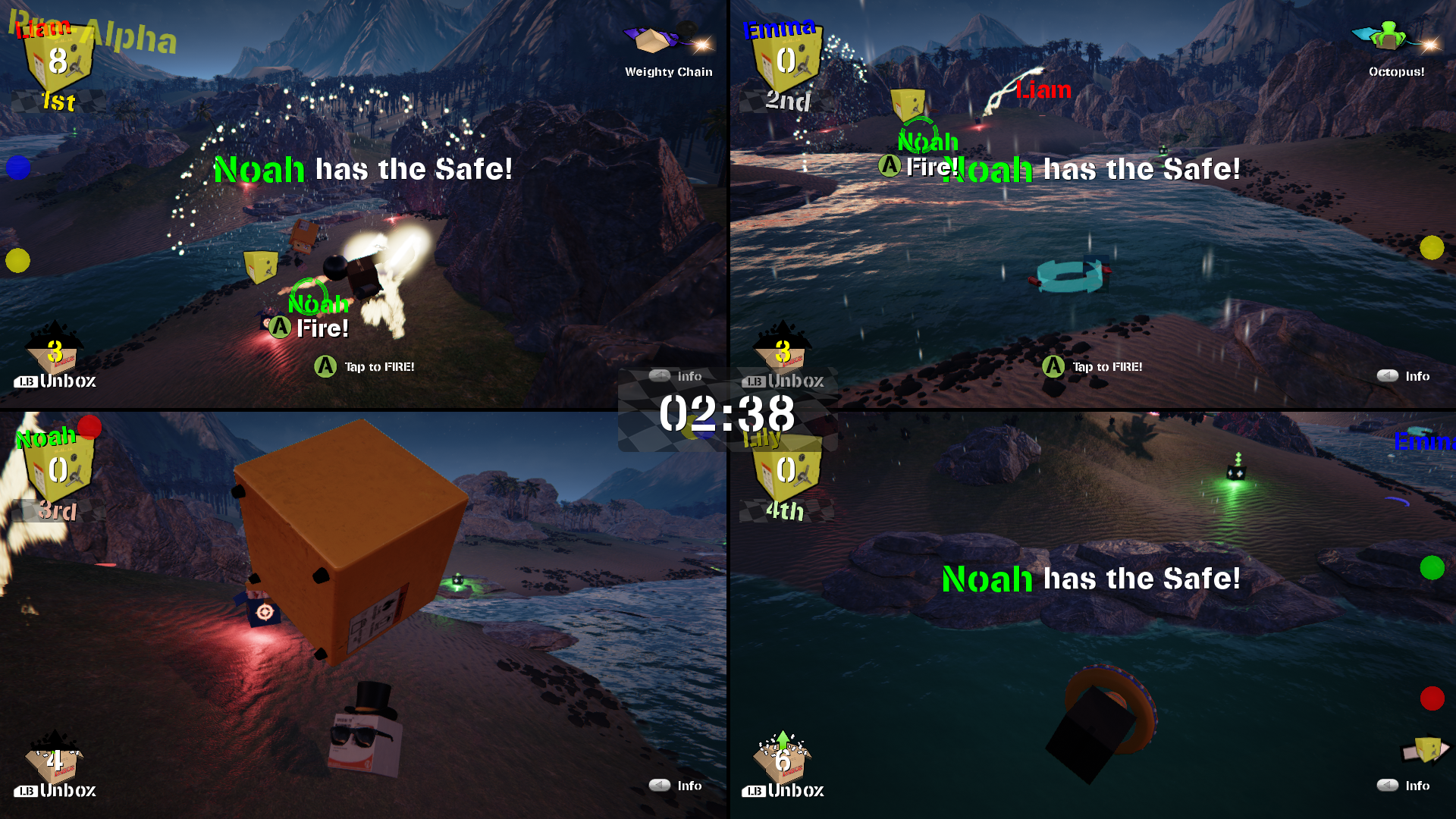 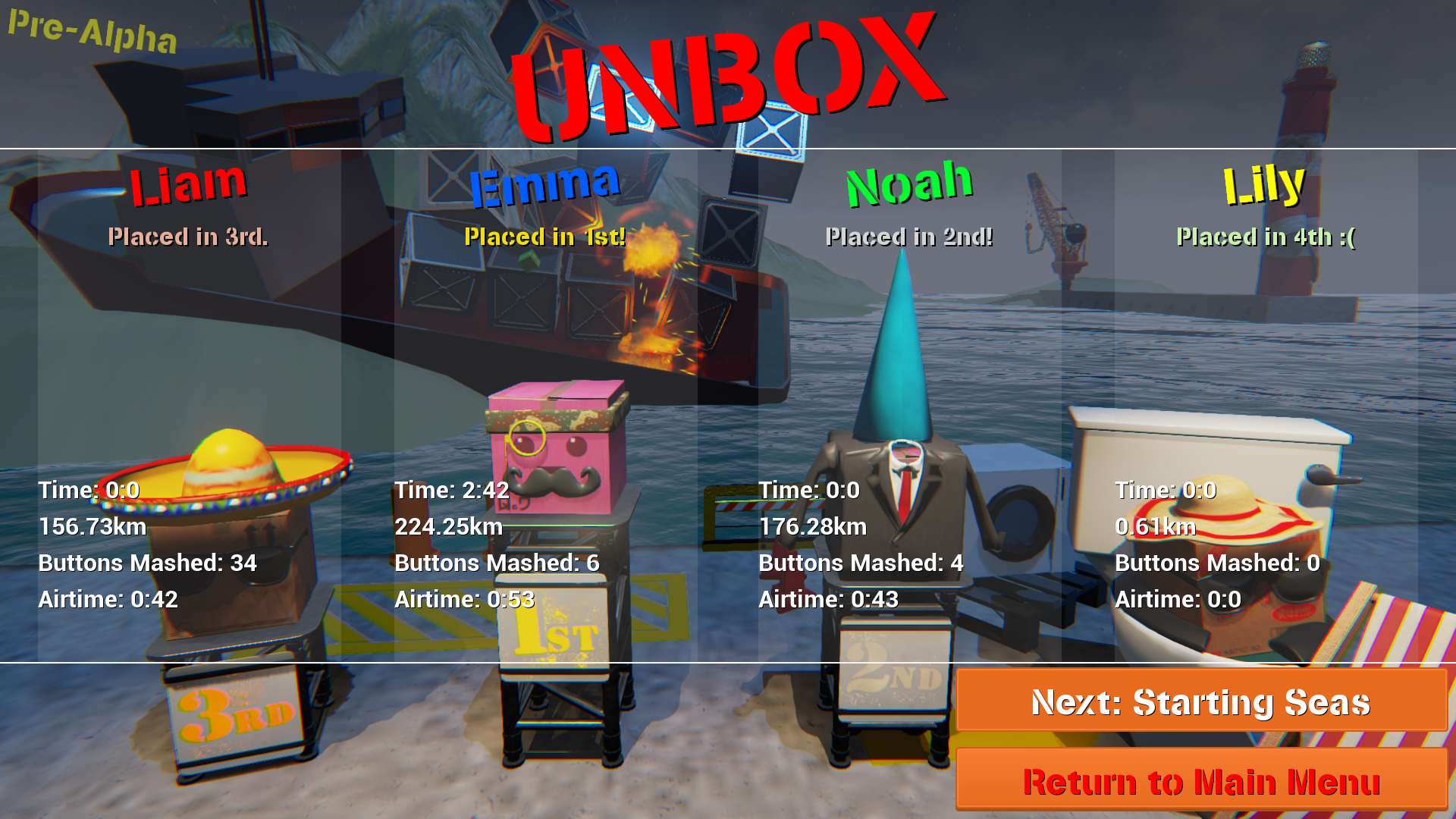