We talk about what the Foxhole dev team is working on including Umbral Wildwood, Barbed Wire Barricades, World Conquest, and more!

The next map will be a region directly East of Upper Heartlands called Umbral Wildwood. This area's defining features will be heavy forests and shallow rivers. 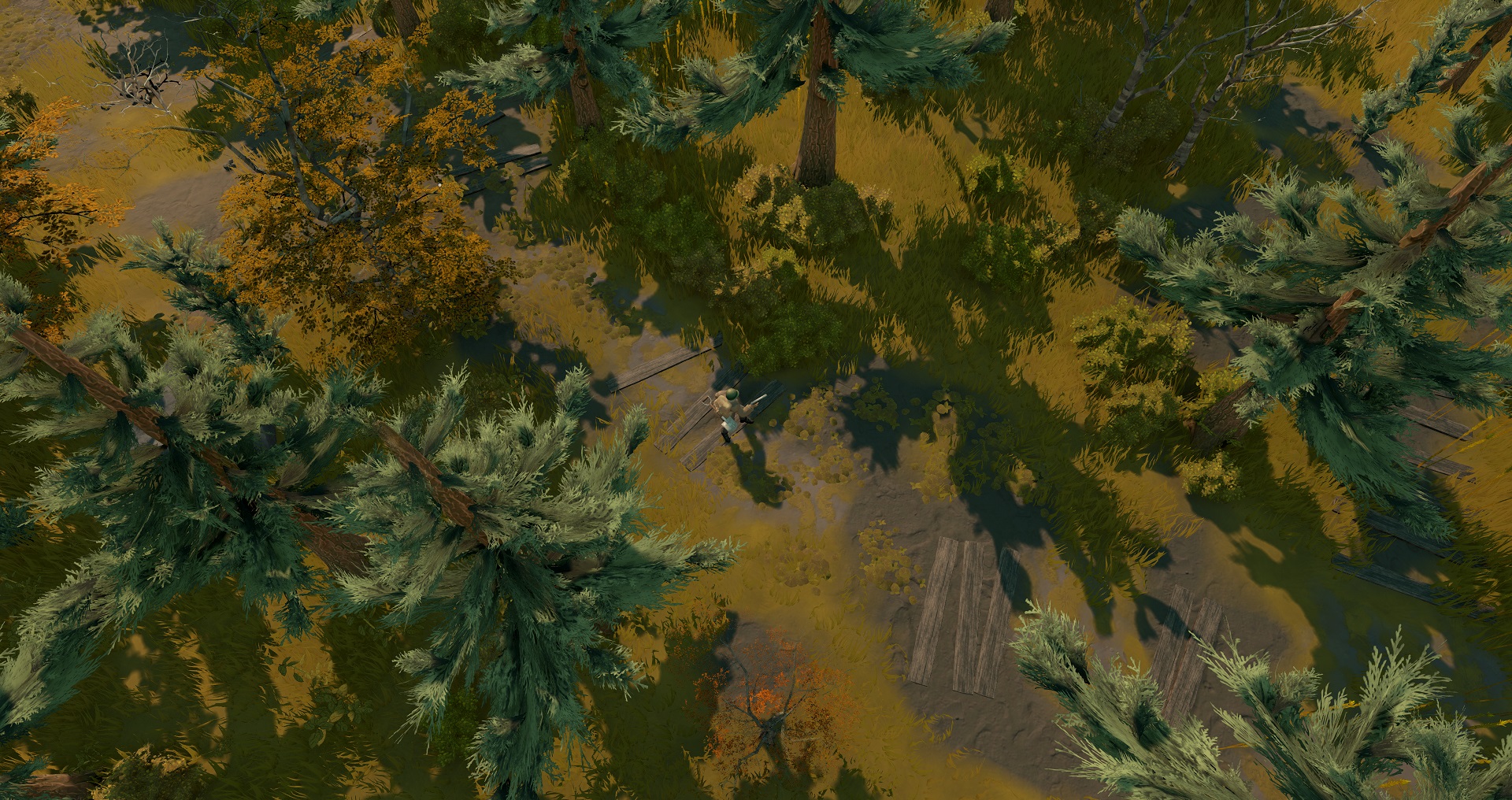 When designing this map, our inspiration came from a variety different places. We thought about several combat sequences from Band of Brothers that took place in forests and strangely enough we also talked about Amon Hen from Lord of the Rings when describing landscape of this region. Our map designer map, personally referenced areas of Northern Ontario, where his hometown resides. 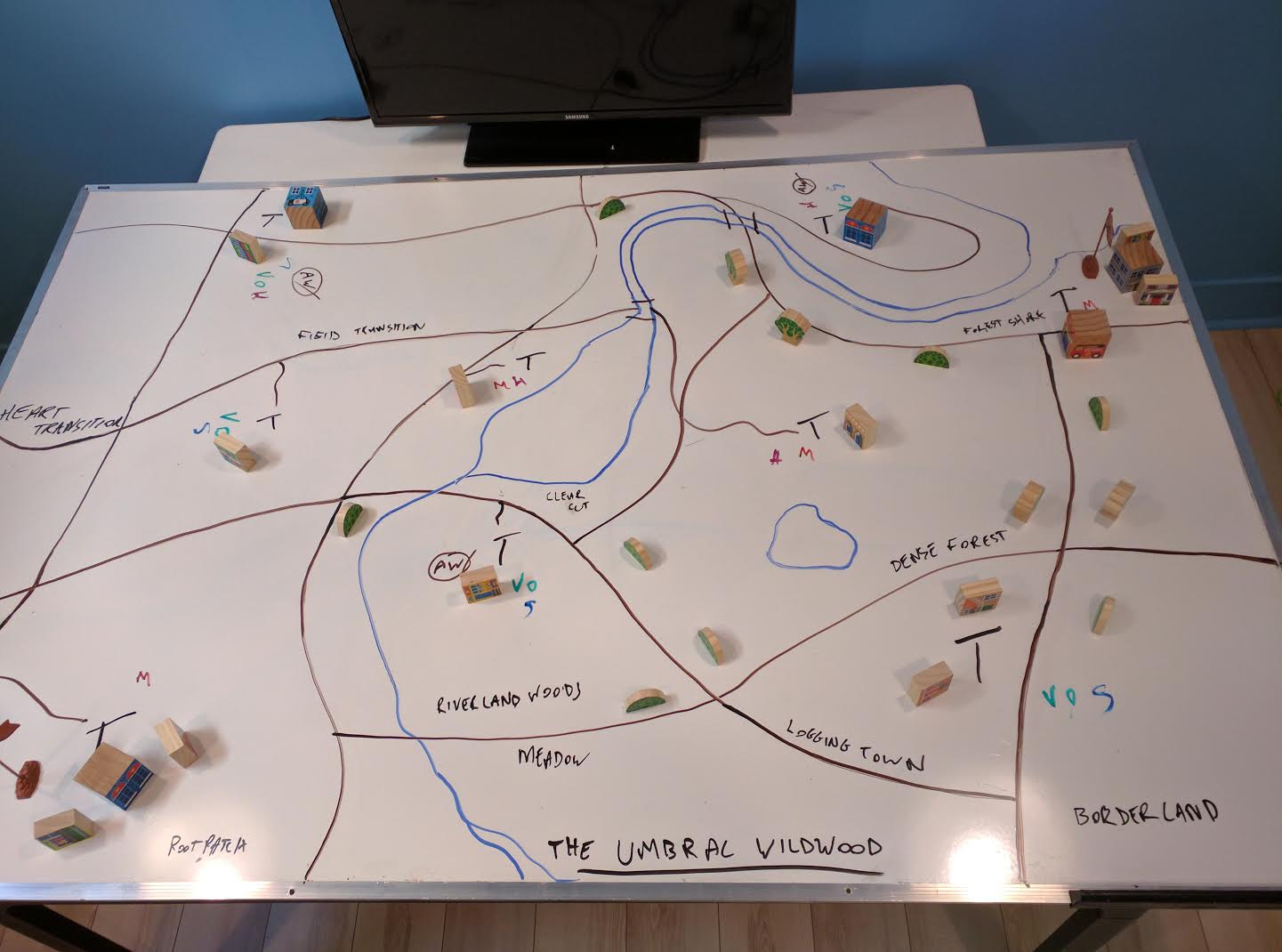 The creation of this map has proved to be challenging across the board. Early on, we we're very concerned about not being able to sell the feeling of walking around a Forest from a top-down perspective. We experimented with heavily wooded areas before in the Deadlands, but never really got it to feel right. In addition, we've been having some technical issues with getting the Unreal Engine editor to play nice with so much foliage in one scene. I've been hearing a lot of cursing coming from Matt's desk in recent days :). 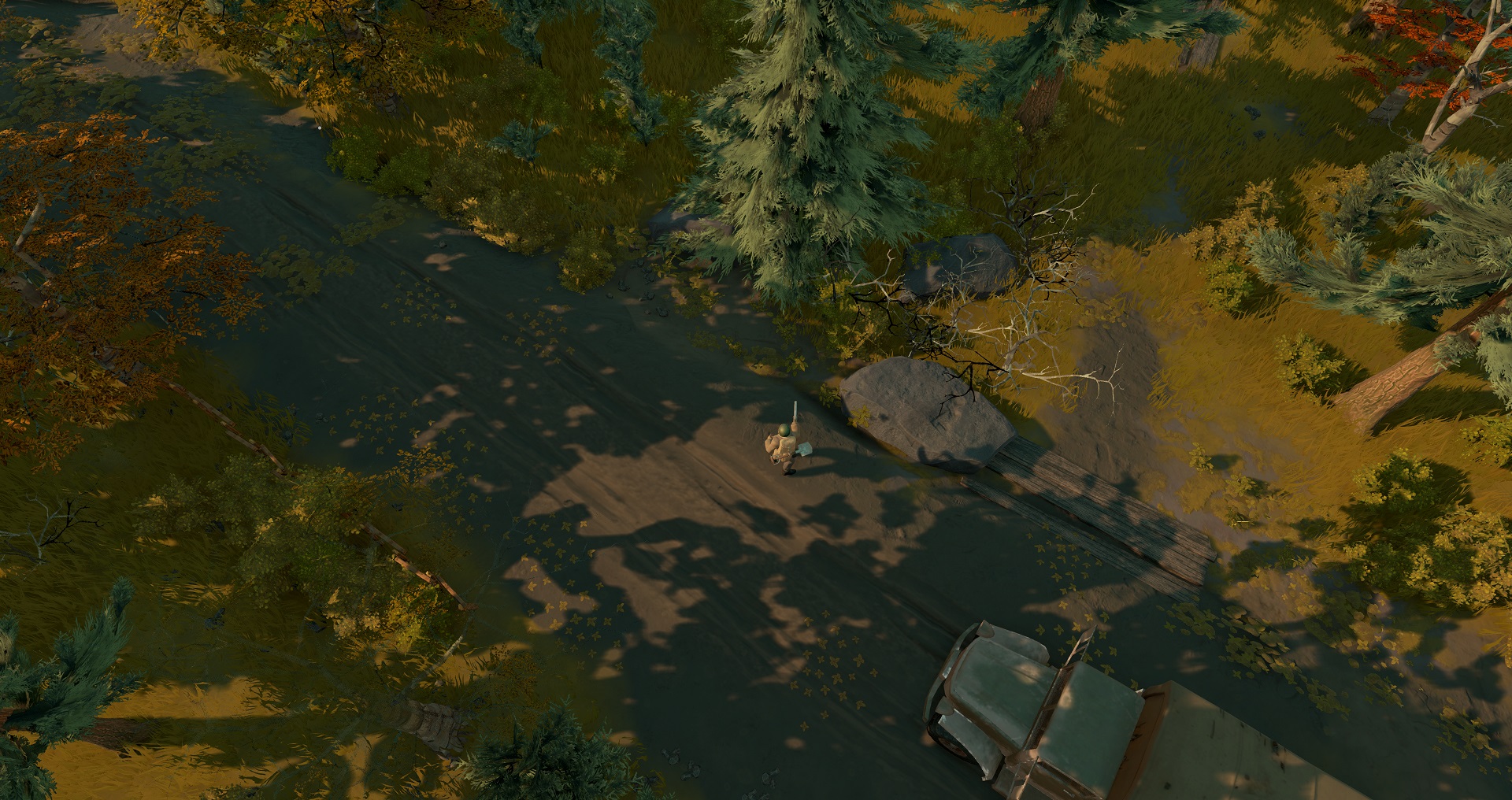 We're going to be introducing a new structure called the Factory soon, which will drastically change the way weapons and equipment will be produced in Foxhole. This has been a long time coming and if you watch our streams, you've probably heard me harp on how much production needs to change for months now.

We have a couple of goals for production moving forward including:

Each town will have several Factory structures and each will be capable of producing a fixed number of item types. Players will be able to repurpose Factories if they want to change the types of items being made. We're still working out the details, but fuel will also likely be required for Factories to operate. So long as a Factory is fueled and stocked with materials, it will continue to output weapons and items on a regular basis.

We aren't sure if this structure is the final solution for production, but for better or worse we would like to see some of these ideas in practice and then iterate on top of them. 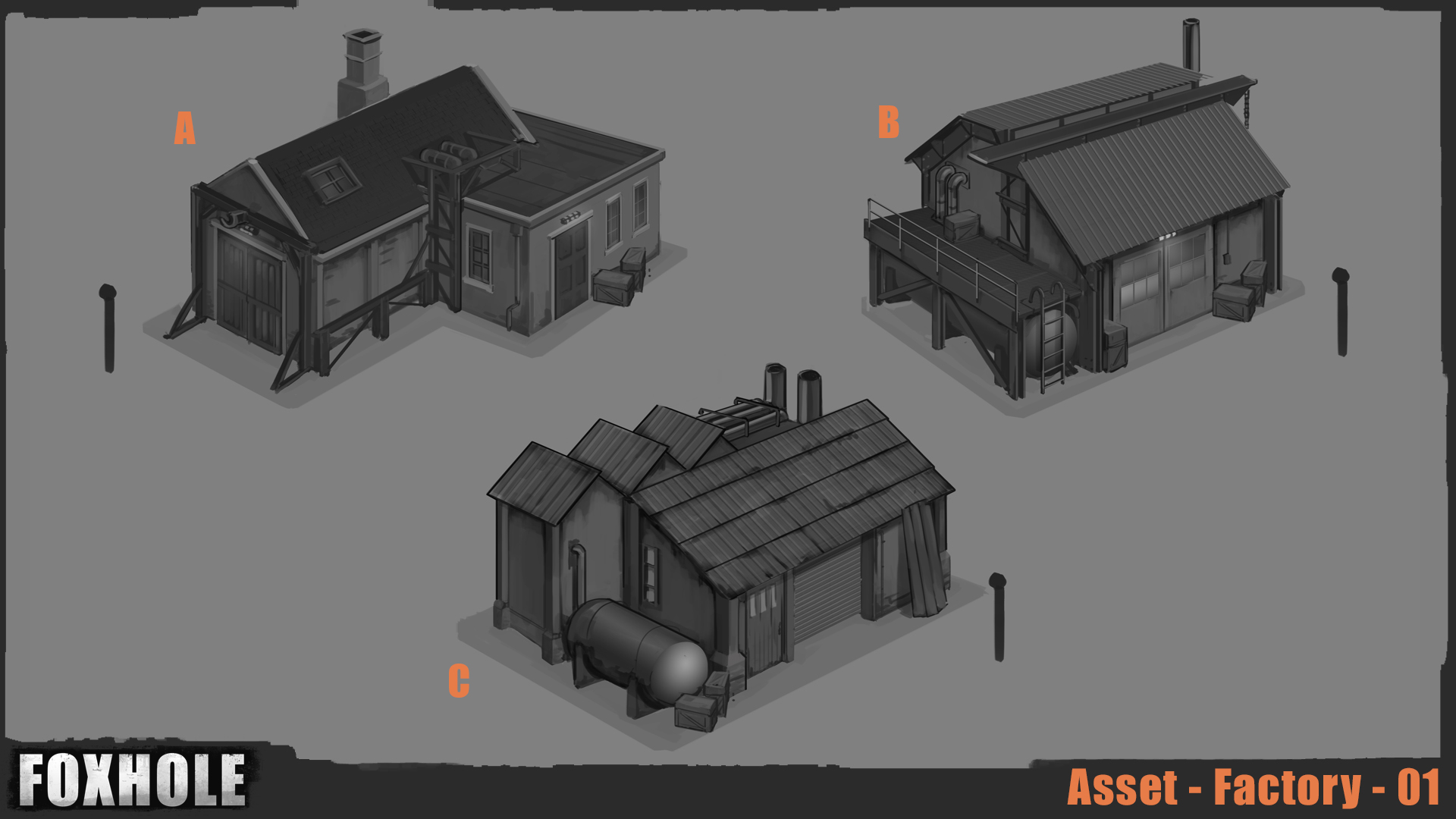 Though we may reuse one of our existing assets when we first introduce this structure, we would eventually like for this structure to have it's own unique design.

In the near future we will be introducing buildable barbed wire barricades. You may have seen barbed wire in our earlier environments, but now you will now be able to build them and they will have an actual defensive function.

These barricades will significantly slow down the movement speed of players. They will be extremely resistant to all types of weapon damage including explosives. The only real effective way to dismantle these is with a Wrench. 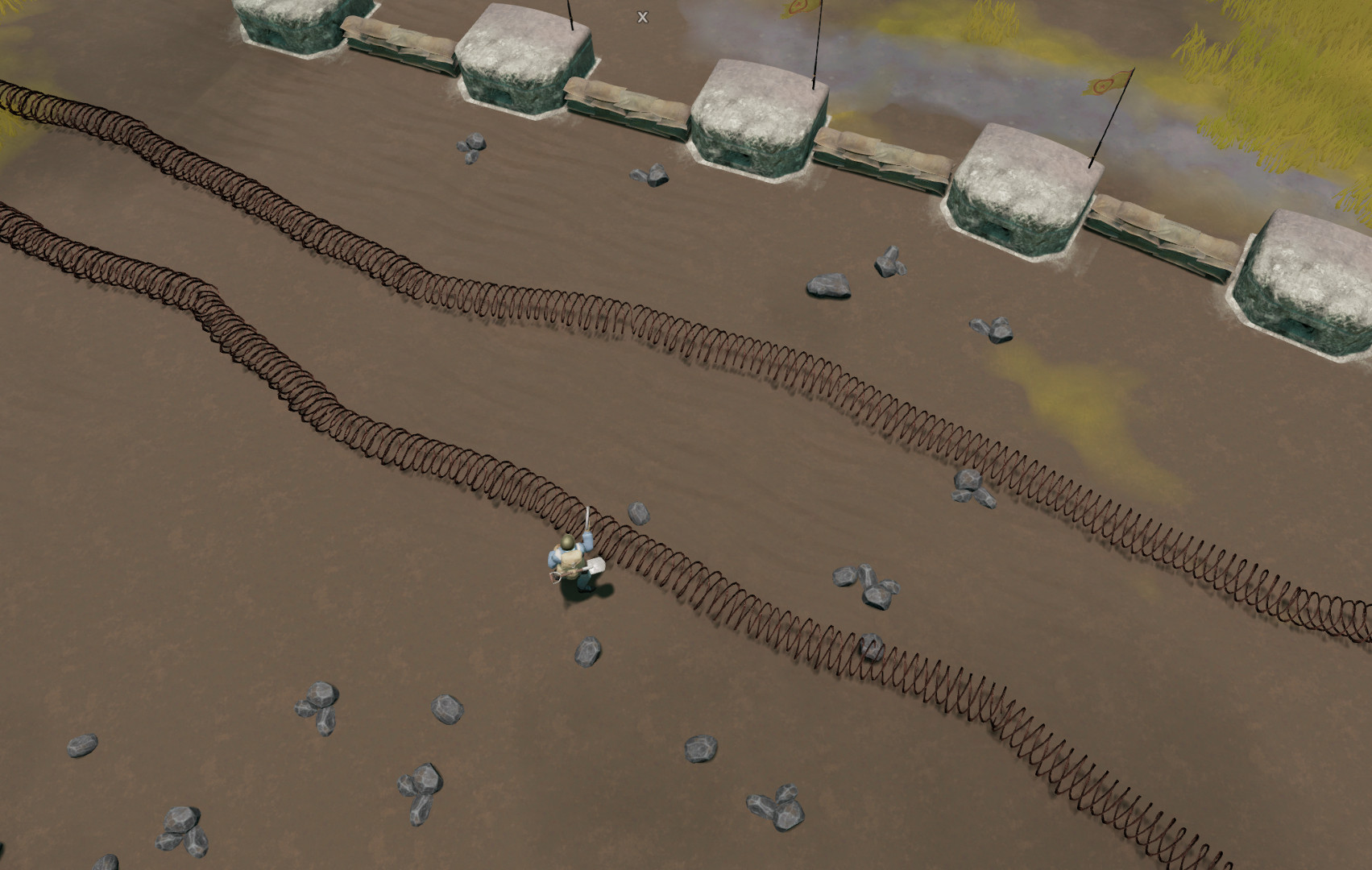 Behind the scenes we are constantly working on our character revamp and we have yet another update!

In our last Devblog, we showed you finished concepts for our revamped Warden soldier character. We've finally gotten around to creating the model based on those concepts. The next step is to get this model rigged and animated so that we can do some in-game testing. We've been really particular about recreating our character model because so much of what makes Foxhole feel the way it does is because of the way the character looks and feels on screen. We believe that if things change too much in any direction, the game may lose it's current feel. 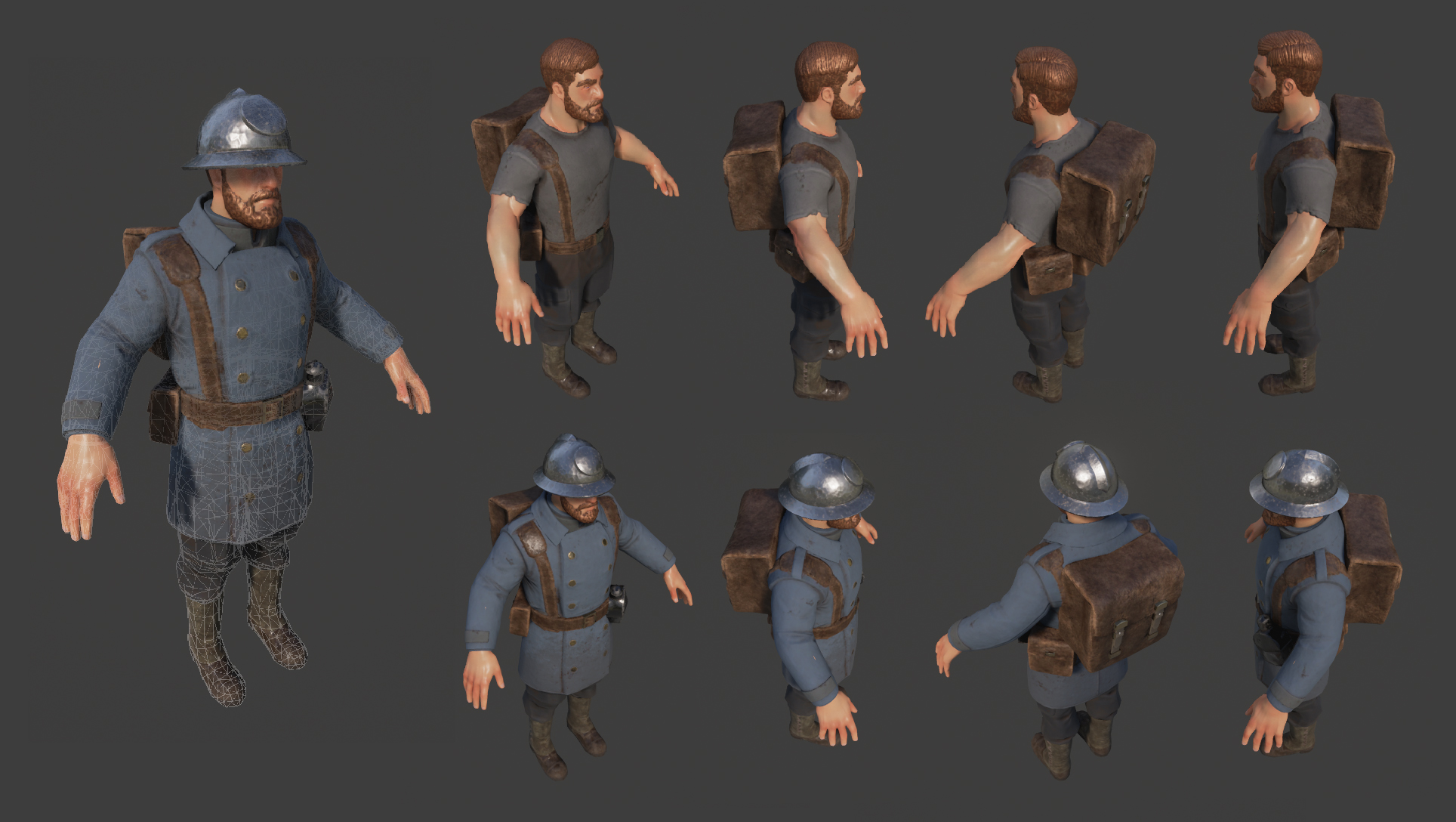 Below you can see the female version of the new soldier designs. 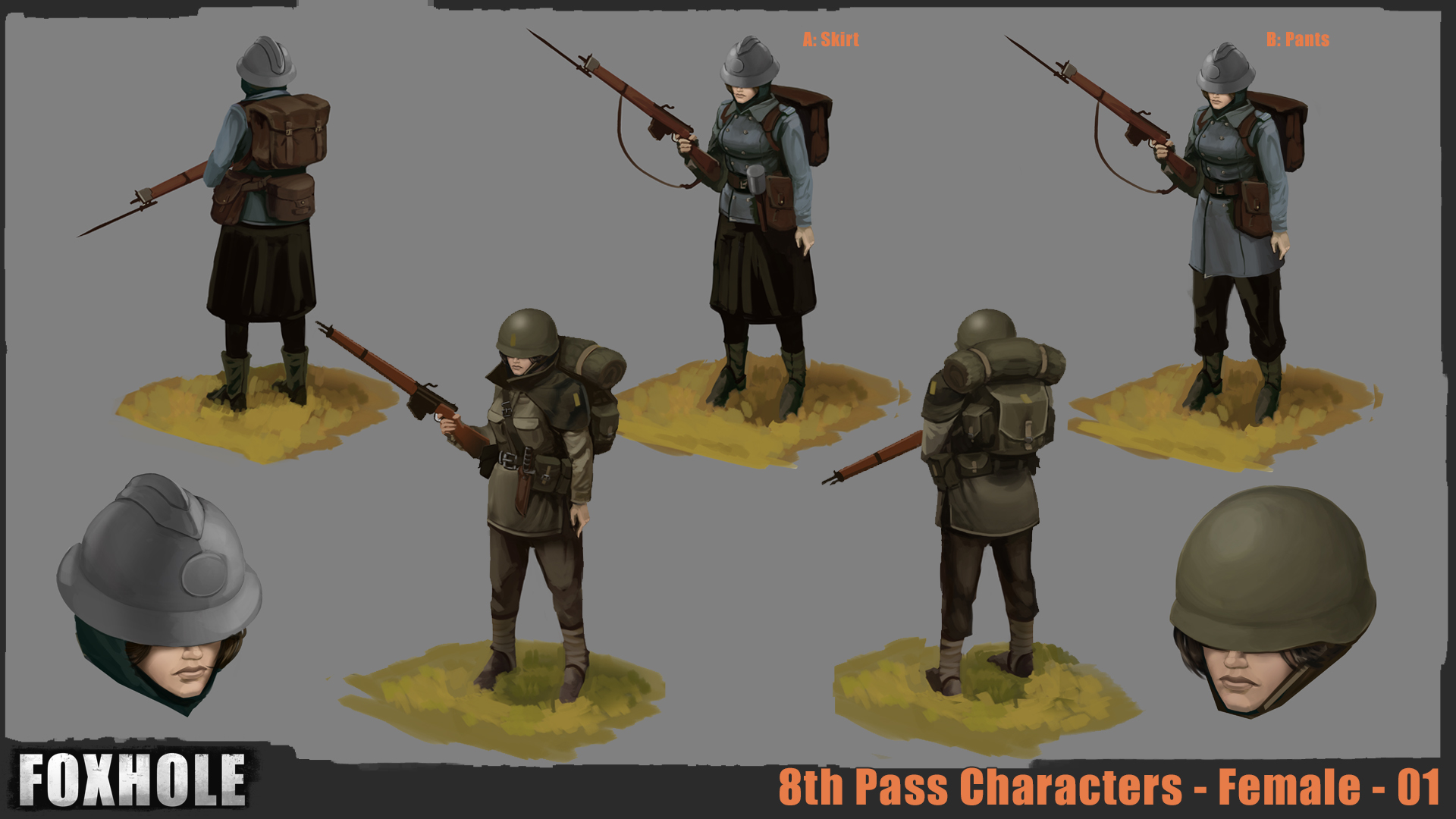 Since the start of the project, we've always envisioned Foxhole having one big persistent world to wage war in. Last fall, we talked a little bit about adding a strategic layer to the game and having players switch between that and the tactical game (what we currently play on individual servers). We had explored that idea quite a bit last year but after the new year rolled around we began to rethink things. We deeply questioned whether or not we were really fulfilling our original vision for Foxhole, or if we were simply doing what was thought was more feasible.

About two months ago, we began planning for achieving an always on, interconnected, multi-region world where a war would go on until one faction has claimed every single territory. Our goal is to allow players to be able to travel across borders to organically be able to counter attack a previously lost region. We want to give players the ability to operate in the safety of a claimed territory to mass produce weapons and vehicles. Conversely, going on a covert operation deep behind enemy lines in an enemy controlled region should also be a possibility. 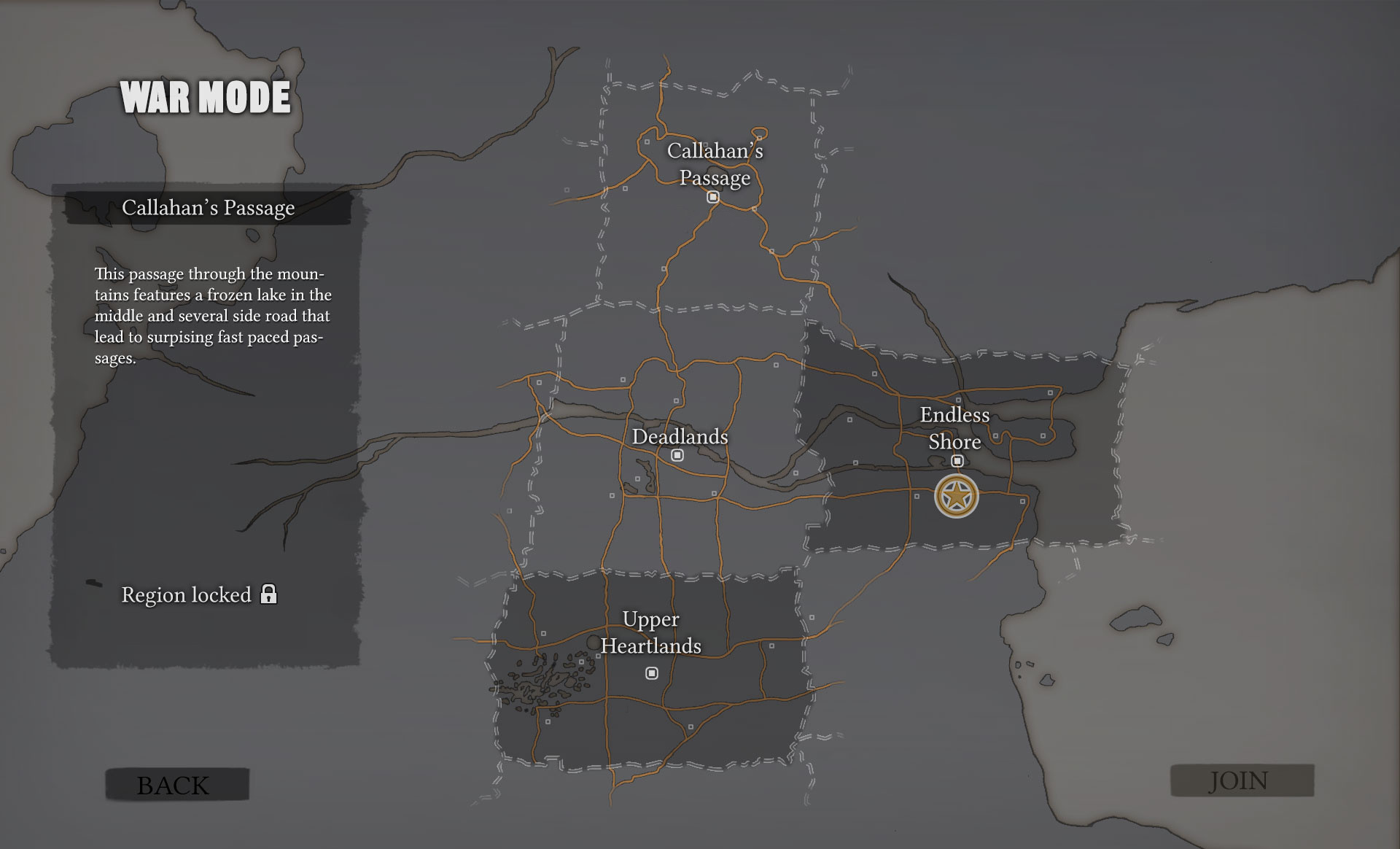 Please excuse the English in the stand-in text on the sidebar :)

We believe that it will take a long time to fully implement this mode and we are going to be doing it in steps. Our first step is in rolling out this mode in some basic playable form. The next step is to figure out travelling between regions via roads. Depending on our player population, we may initially have fewer regions open at once.

I also wanted to note that we fully intend to preserve and support the current way of playing Foxhole (i.e. individual region wars fought on independent servers). This form of play will coexist with World Conquest mode.

Love the new updates!
Much Love.