Ultimate Ultimatum mod is my version of Ultimate mod that try to resurrect the mod and giving hope to people who miss to play it or struggled to install and play the mod. This one works with 3.04 version with more added countries and features.

Hi, i'd like to introduce you to my Ultimate Ultimatum mod, this is an Ultimate mod with several reworks and added features, a brief introduction, this mod like the vanilla Ultimate spans from 1604 to far future, mine added several new countries such as several new native countries in North America, Africa and South East Asia as well as a feature borrowed from other mods, including post WW1 and WW2 events that i borrowed from other mods. 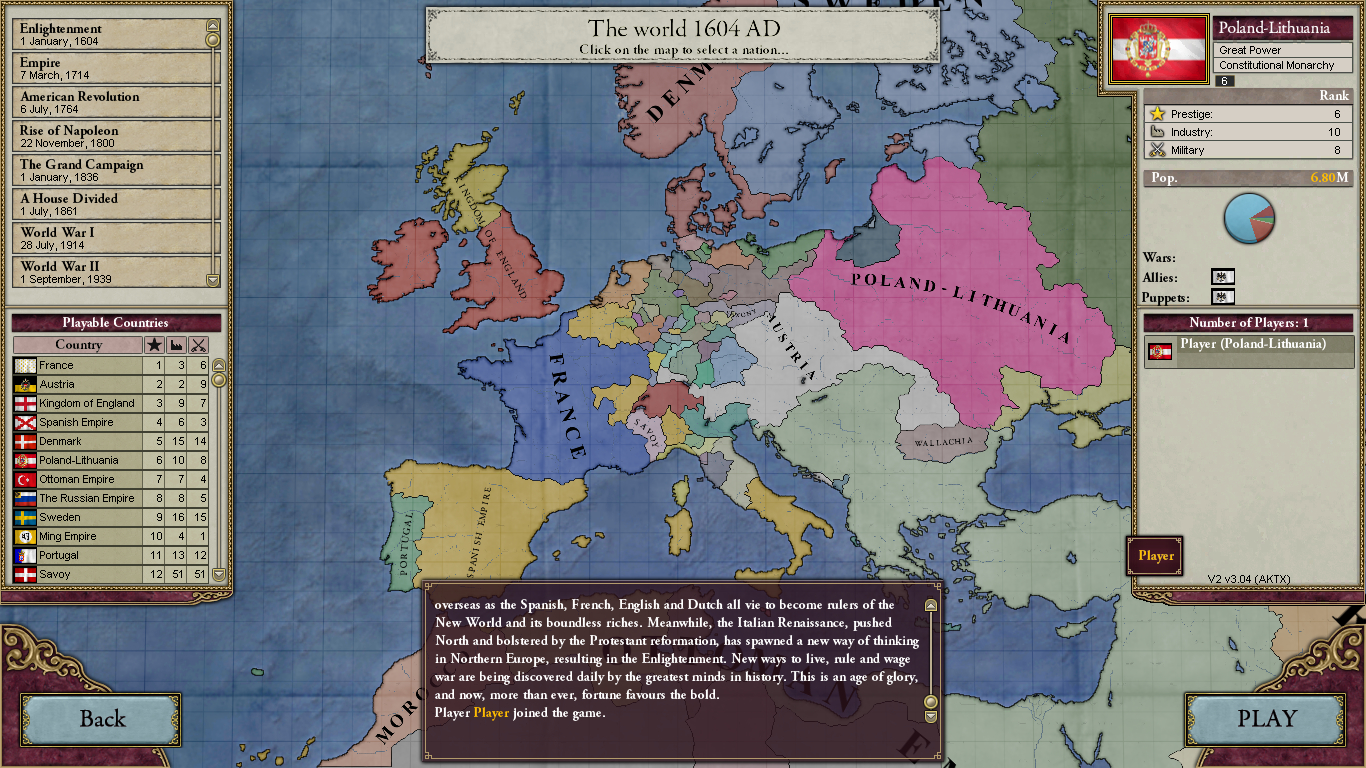 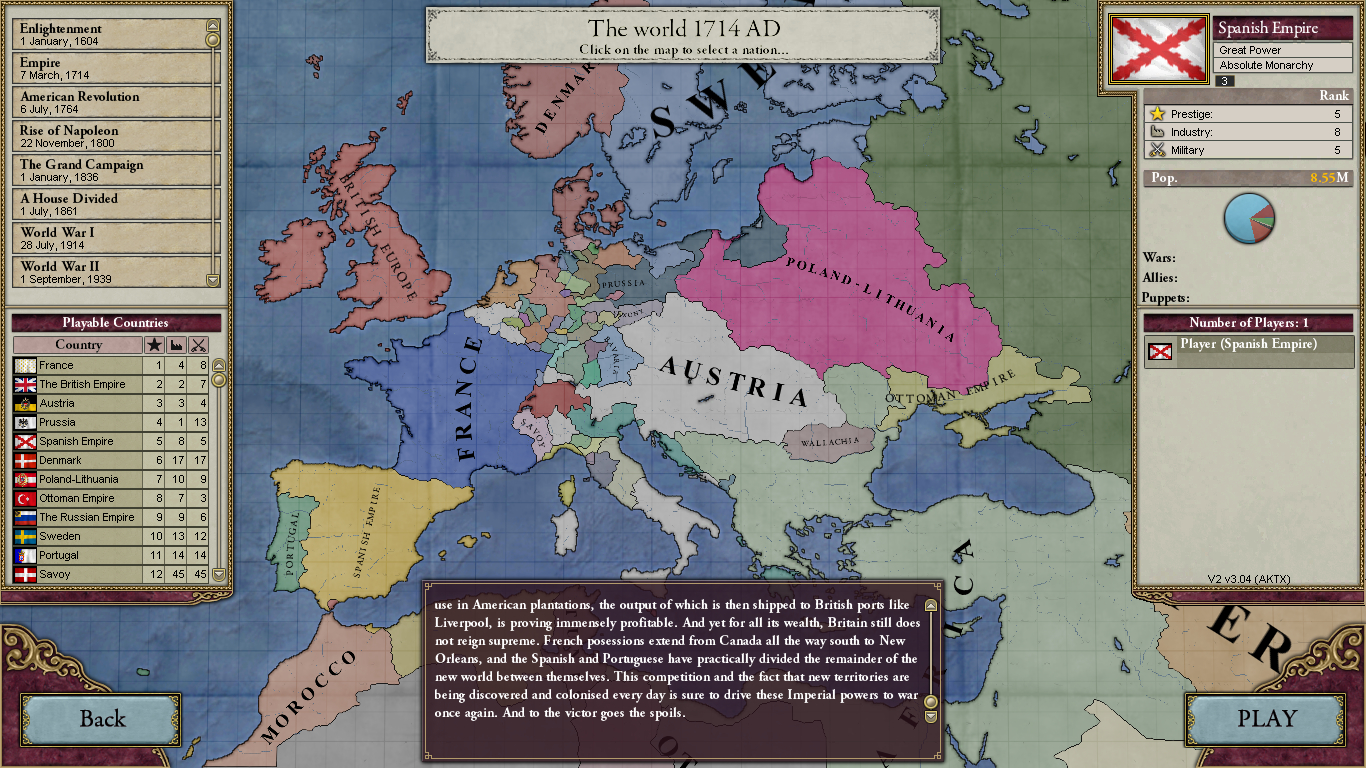 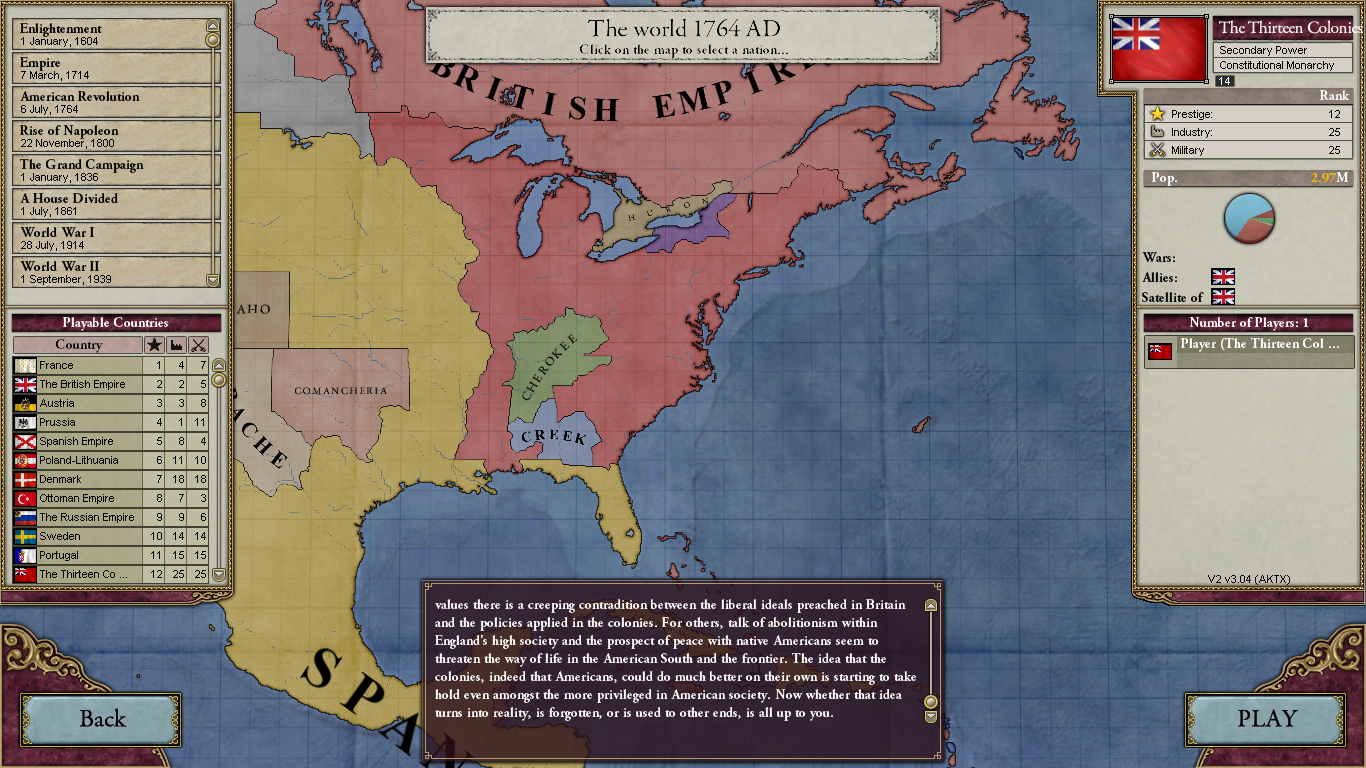 This mod also added numerous new native countries, as you can see from picture below : 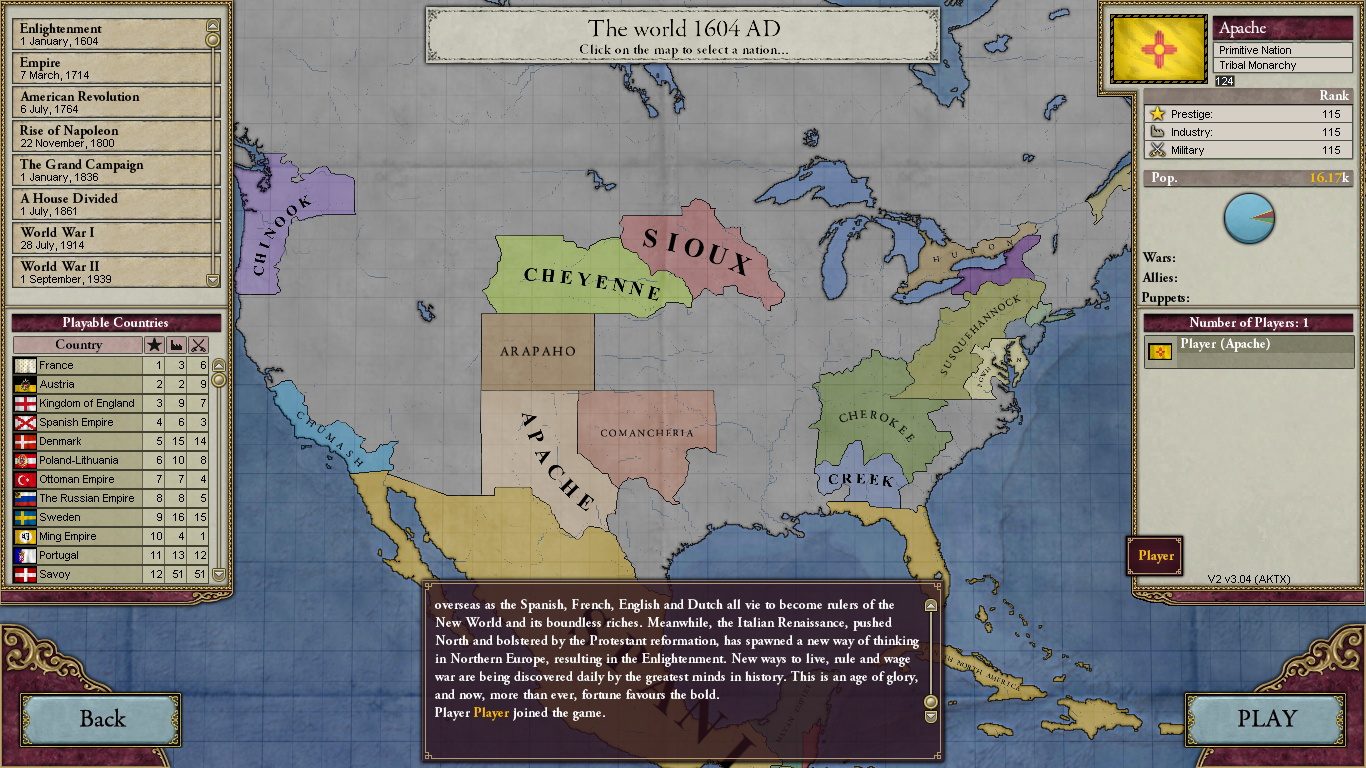 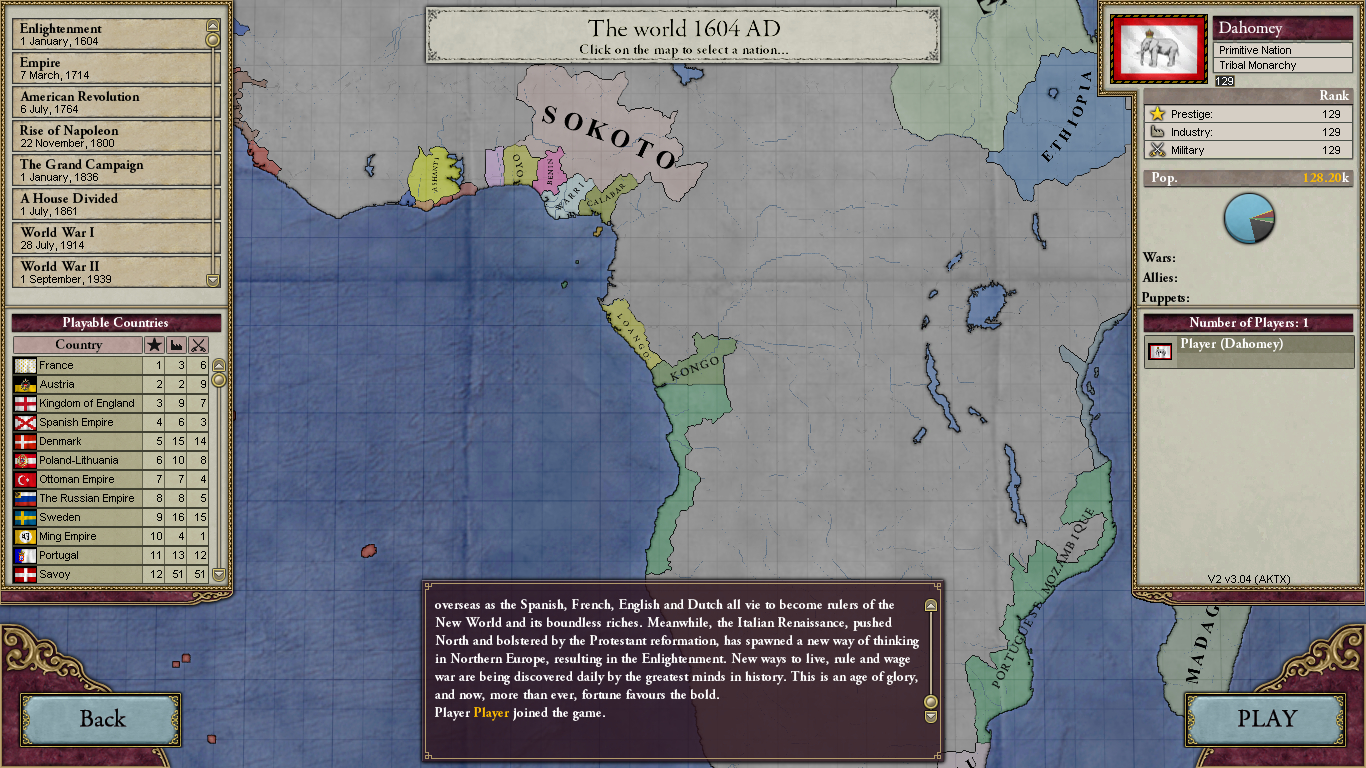 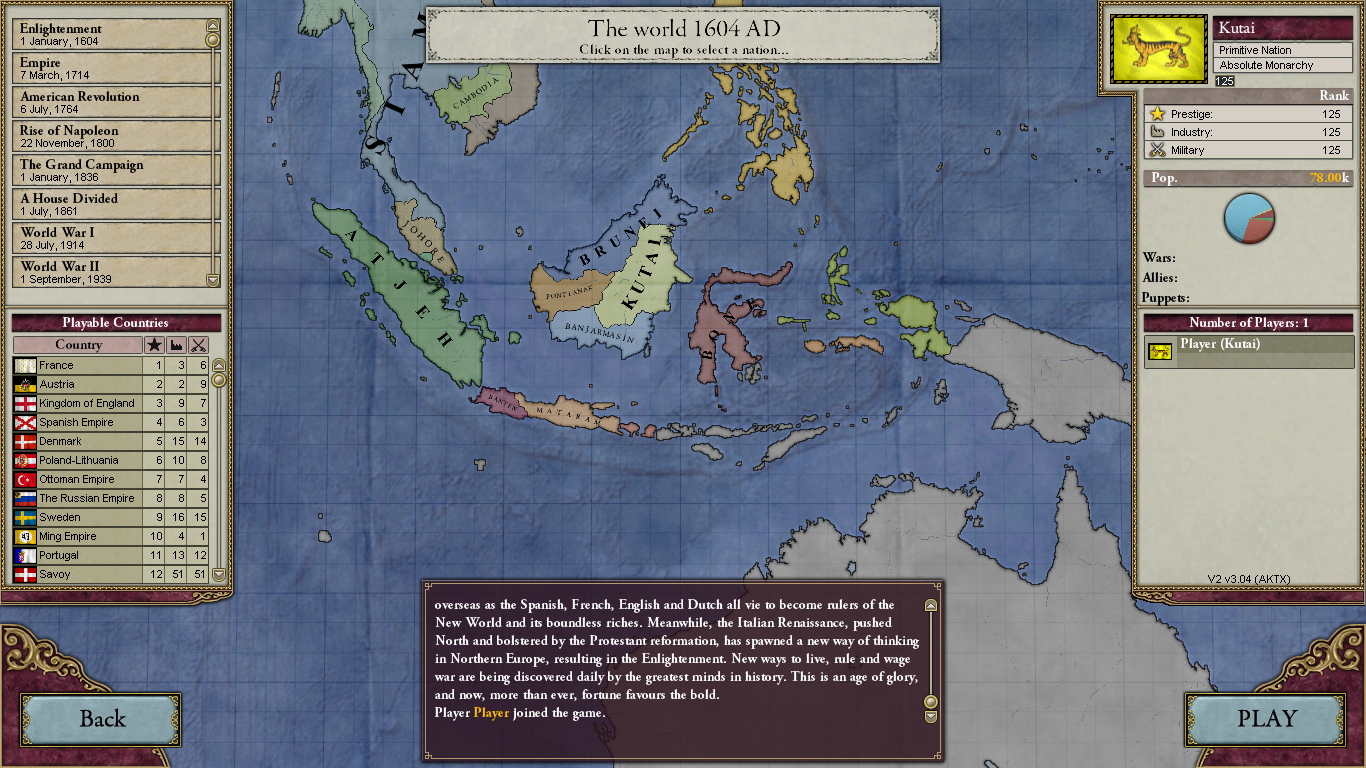 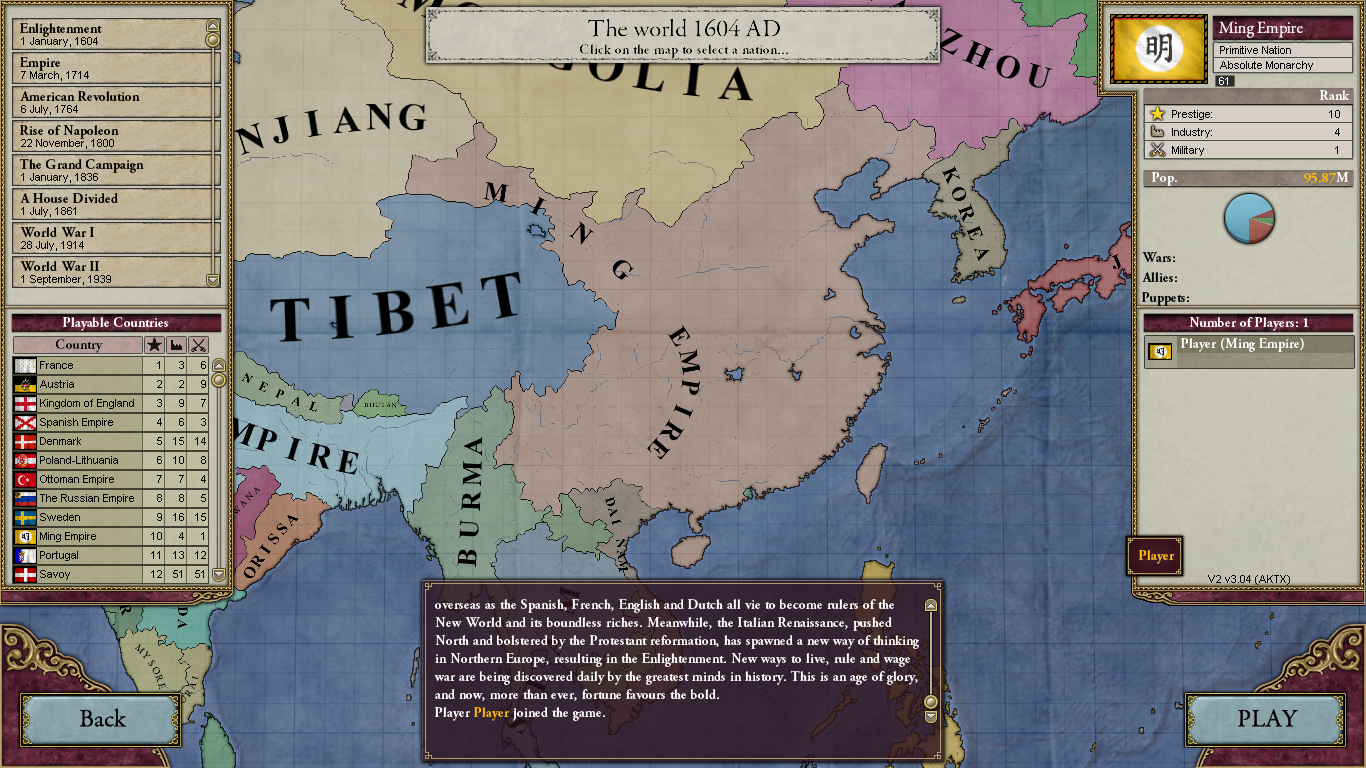 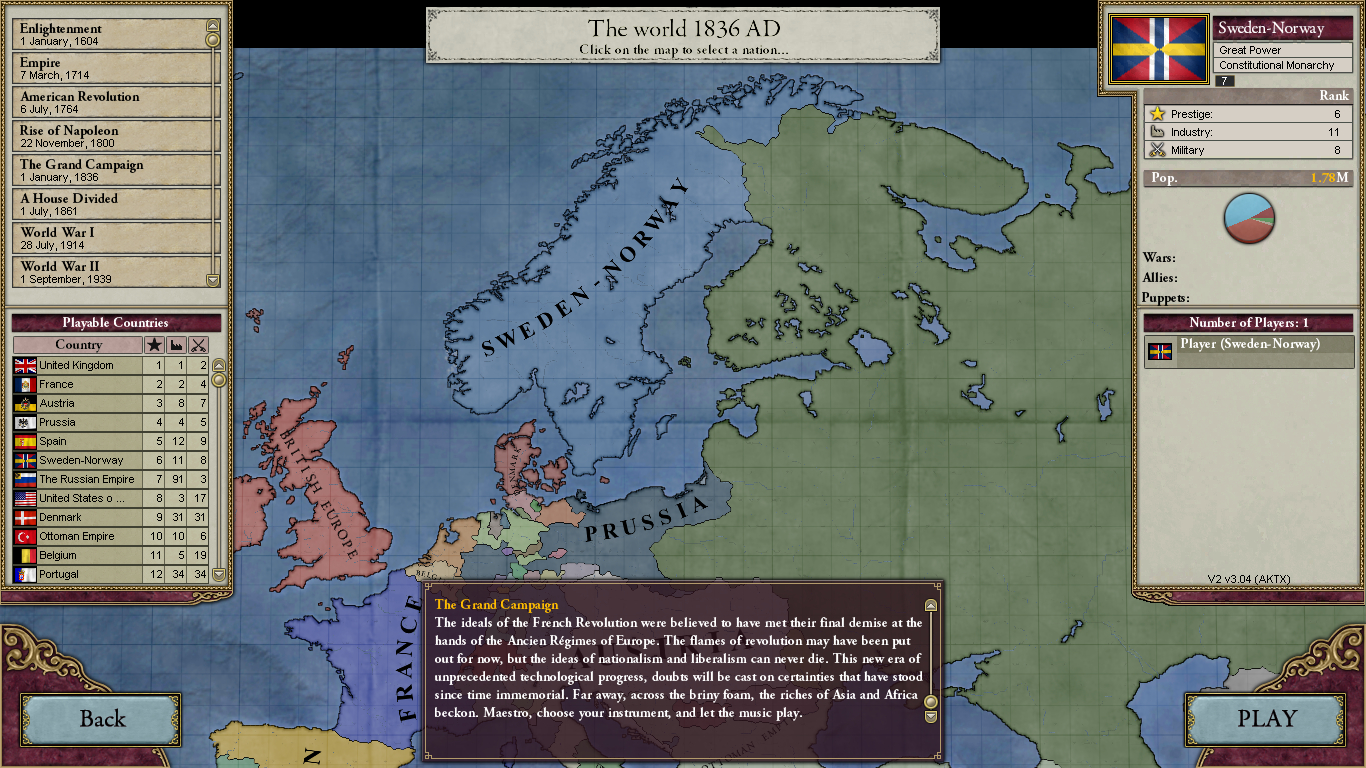 Flags has been largely corrected though not all are necessarily "correct", as well as government form too in 2000 and 2023 timeline : 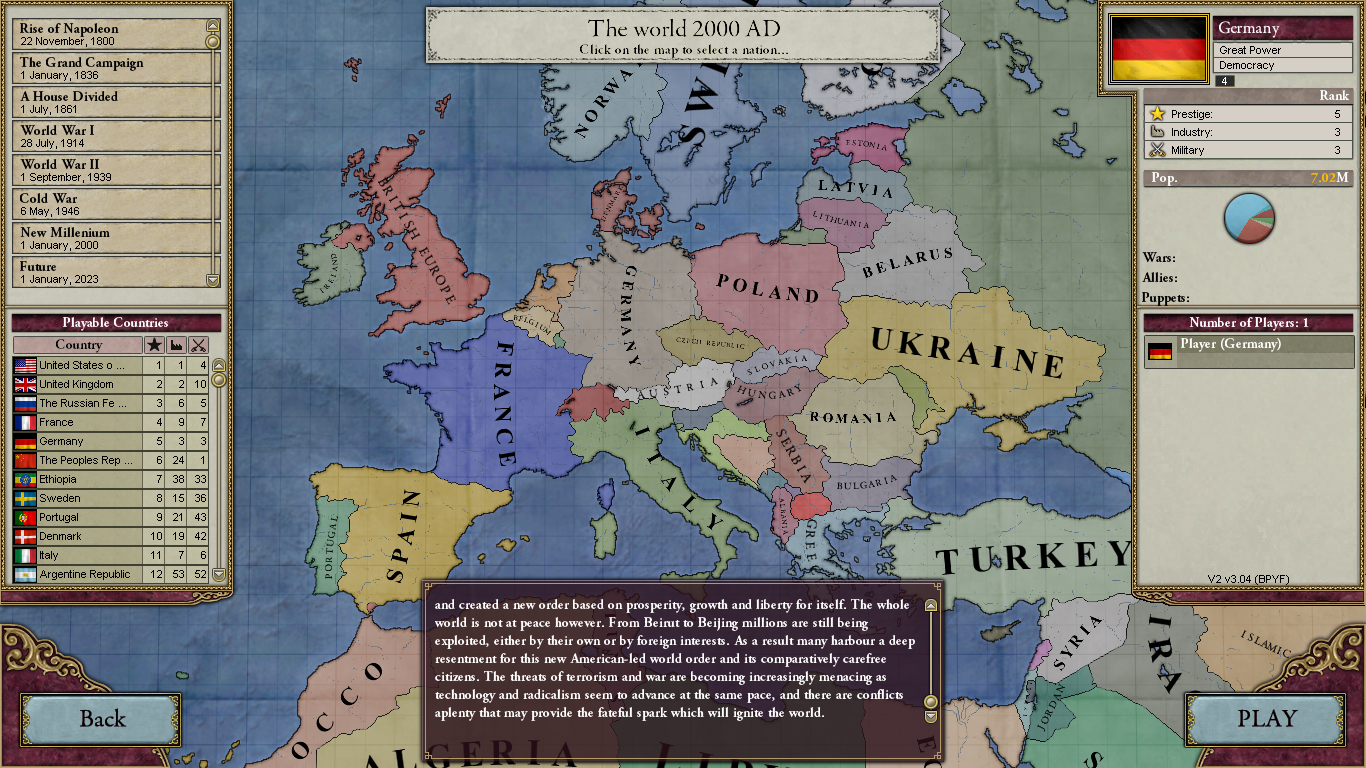 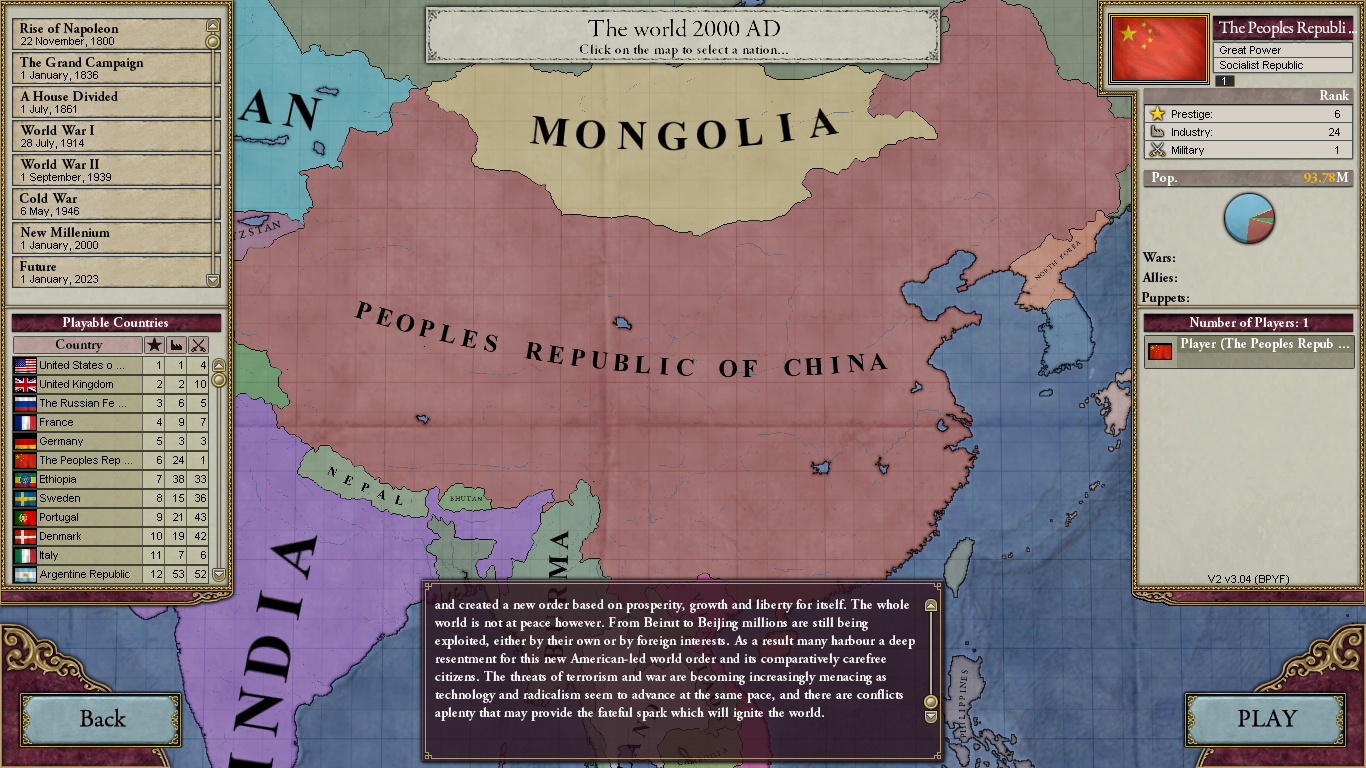 A more rework with the WW1 and WW2 timeline where there's a post-scenario if one countries participated lose, for WW1 with Kaiserreich flavours, this feature is borrowed from Ultimate more timeline sub mods with minor changes : 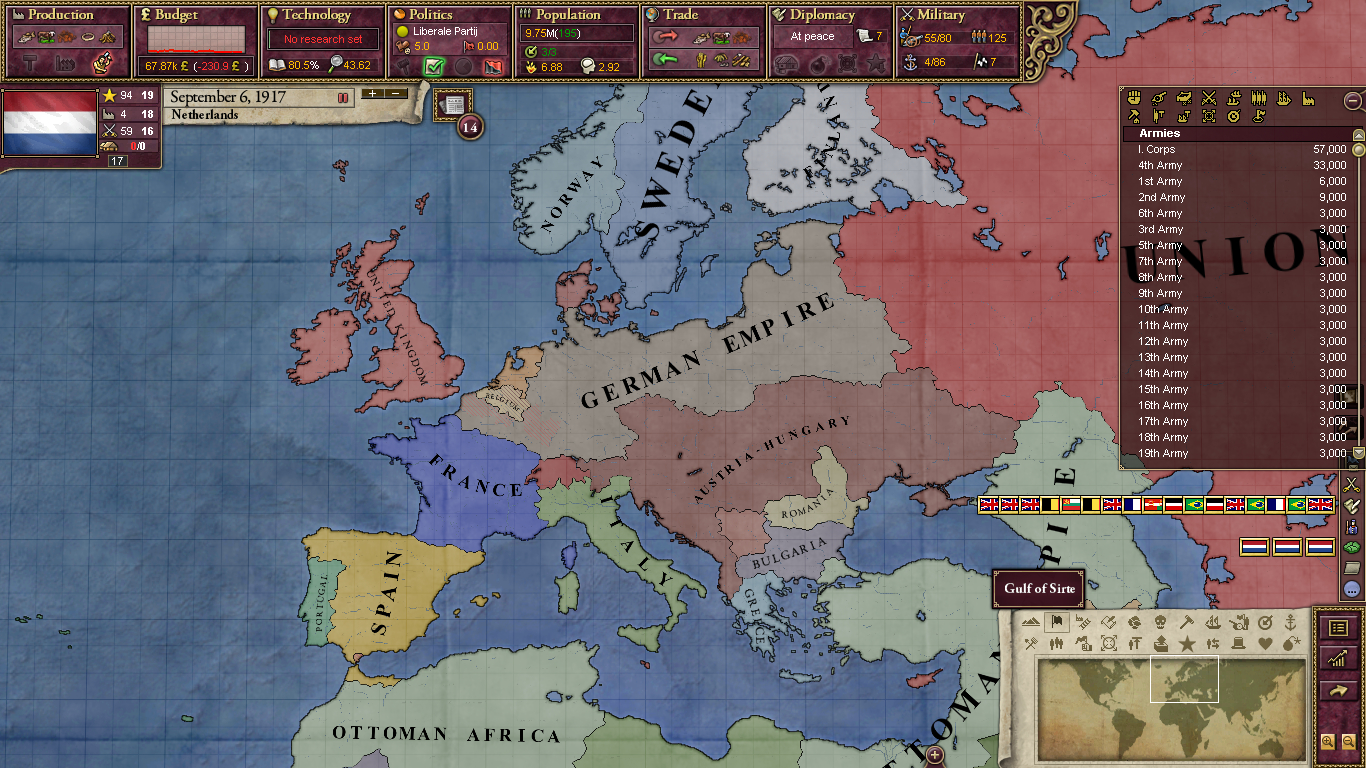 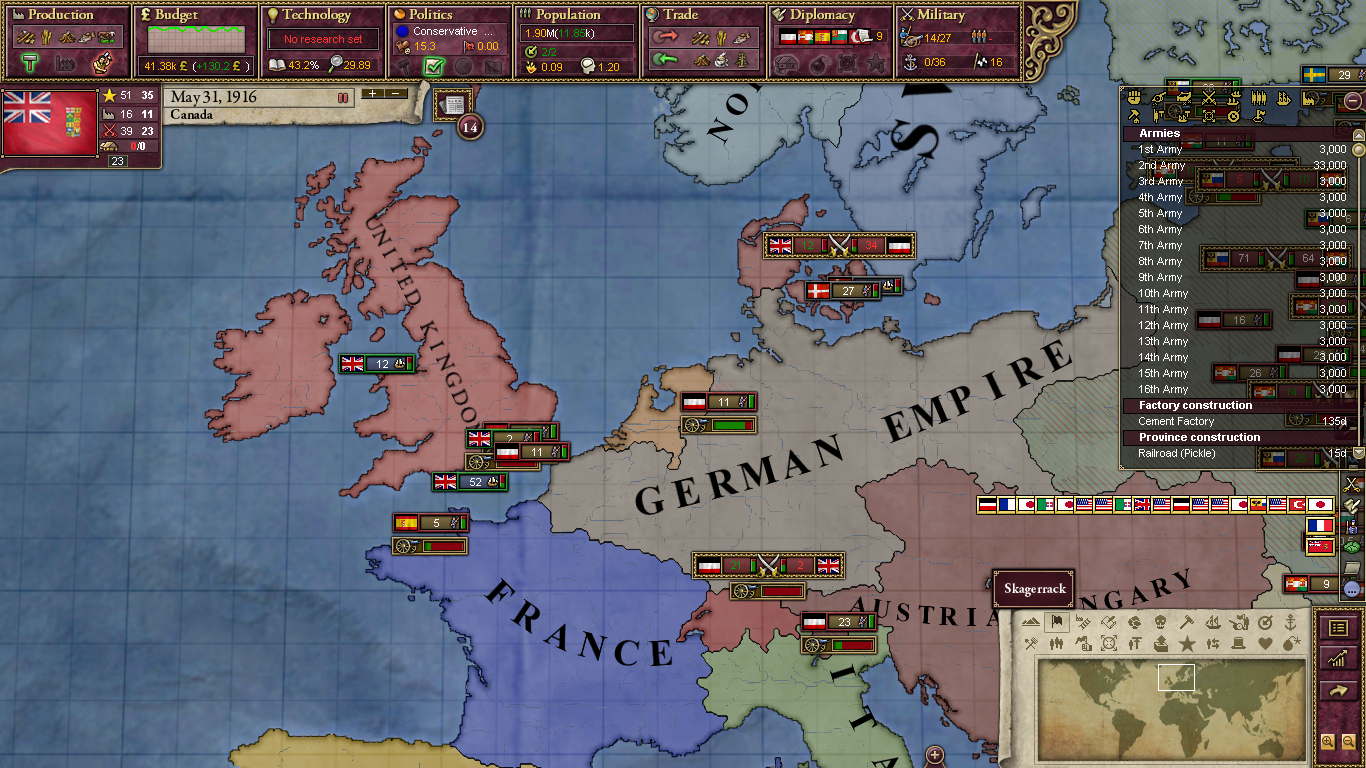 Also added the second civil war scenario in the US in 2023 timeline and decisions to form a Pan American superstate and also for Russia to form the United Federation of Slavs : 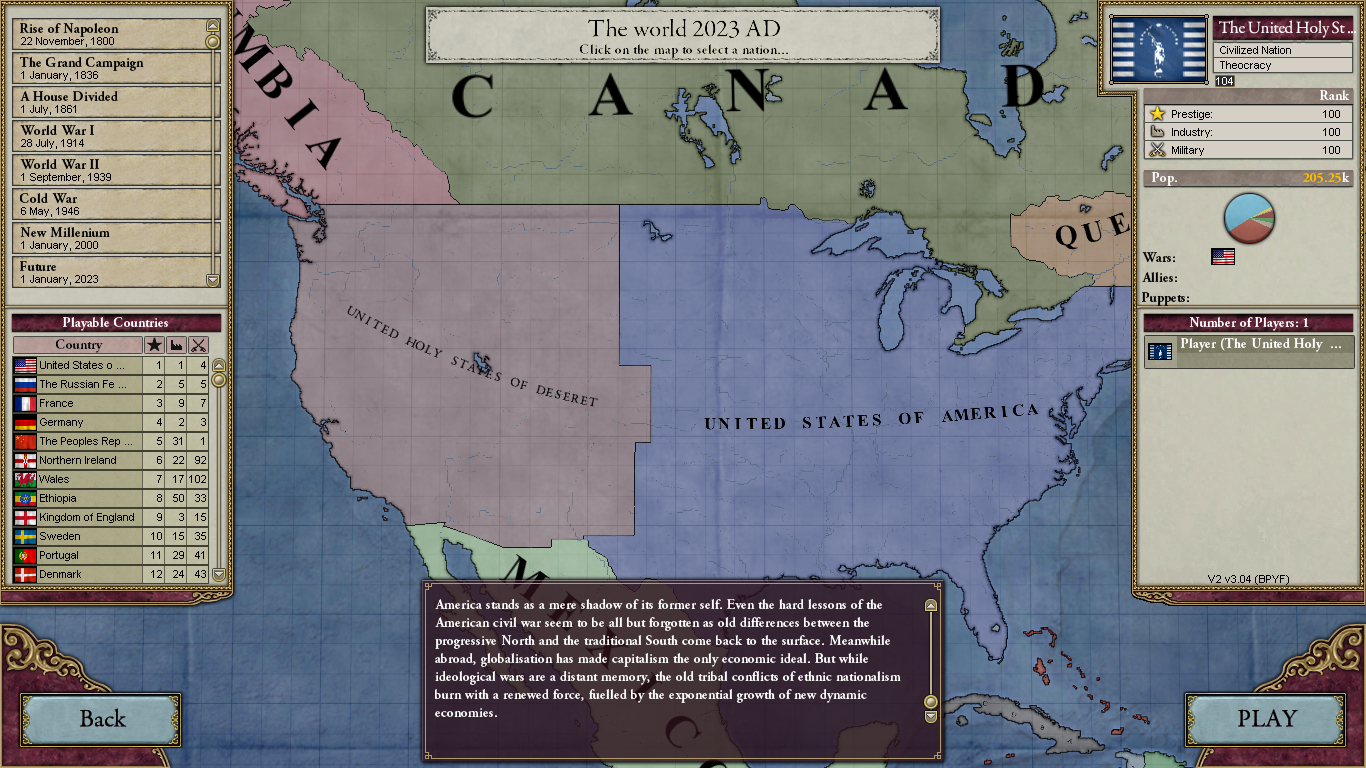 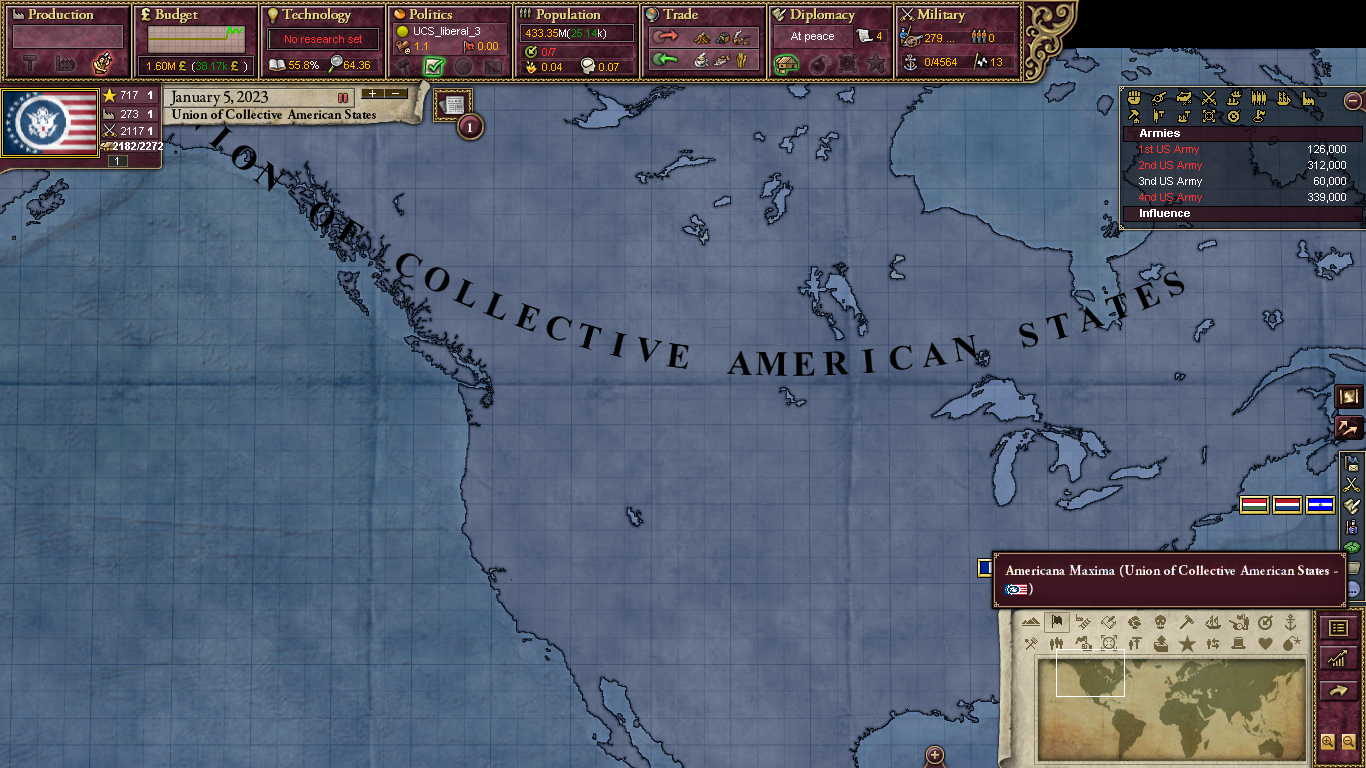 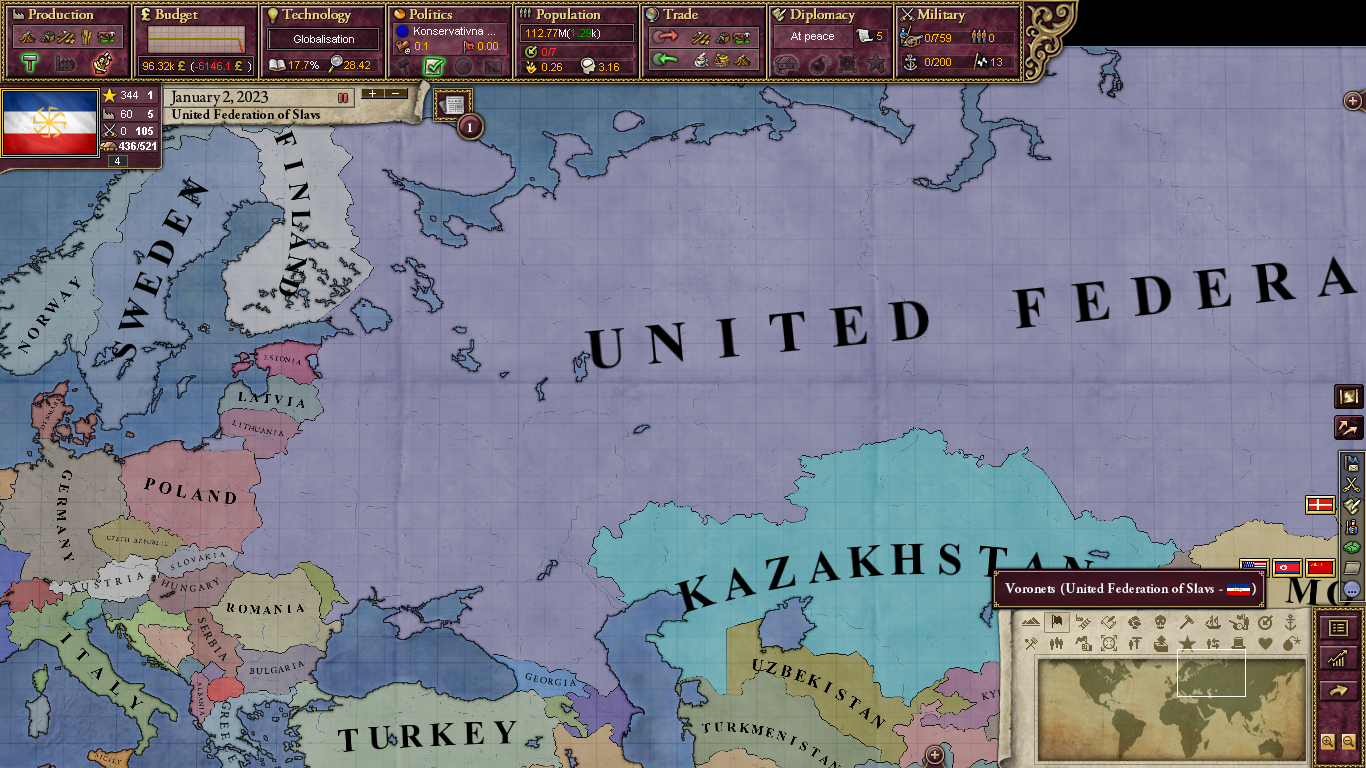 And also this mod already apply the in-mod vanilla Ultimate instruction on how to use HOI3 graphic models for airplanes and submarines, as you can see below : 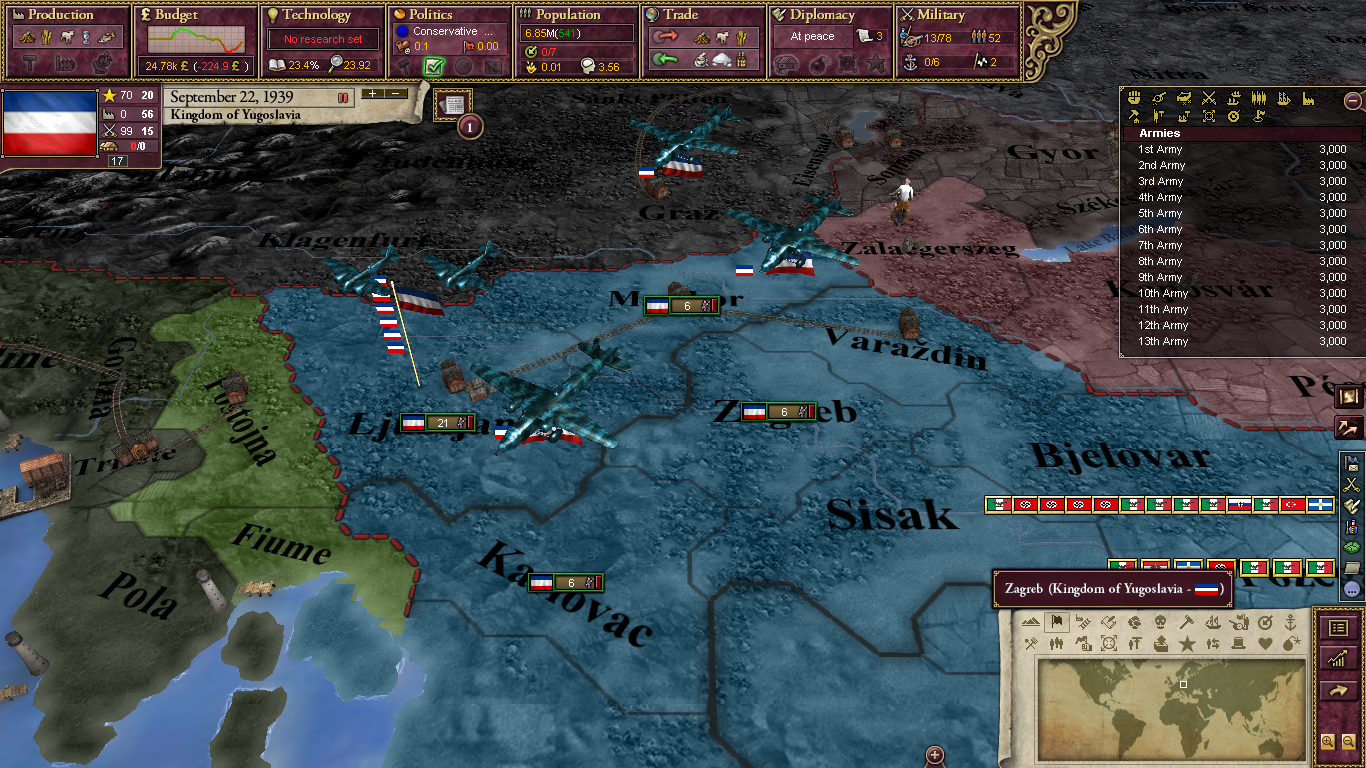 The timeline is largely the same though for now without the Franco-Prussian and Vietnam War start date. Feature wise, it still largely the same, i'm not touching or messing arround with any of the economic features and technologies. My ability to modify it is still limited, cores has largely edited to better suit what i think is needed. As well as country flags, government forms and the several countries files too has largely been edited or modify. It is still quite unstable, though i can assure you for people who struggled to just play Ultimate mod, this one works for you. If not then that's a very bad luck for you, try cleaning the cache first. and try again, i can assure it works.

Were do I find the country tags?

I see that the crash in 1620~ is still not fixed. That darn crash has been in this mod since forever. I've tried ******* everything to find out why that happens and I still have no idea why. Maybe you could take a look at it? Is there some event in the 1620-1640 range that could be causing it?

I'll see what i can do, just so you know this mod is really tiresome to check something up, i can somewhat understand why the original creators charging money for the mod (which was the reason it was deleted on moddb), its irrelevant though, as i said i'll see what i can do in the next update

Thanks! Hopefully you have more luck in finding the darn thing than I have had.

I have several times wondered if it has something to do with Russia, since it seems to not happen in another version of the mod where Russia can form the "Slavic Union." It doesn't seem to happen when they do, so that might be a good area to start in. That is just a guess, though!

I dont know if this is asking much but can you add an anarchist ideology?

Anarchist by definition is against any from of absoluteness, so an ideology in itself is an oxymoron, i find it myself native Anarcho-liberals aren't exactly realistic nor useable, but i'll add more forms of government if you want

What dlc do I need?