First off, we hope everybody had a great New Year! 2015... 5th year anniversary for us, too, since the first day we started modding DOW. :) We're also discussing The Hunt Begins (next big release) stuff. We're going to be answering some common questions and etc. :)

First off, we hope everybody had a great New Year! I believe at this year in time, we have had our 5th year anniversary for modding DOW. :) 2 years ago (12/20/12) we also released the Grand Release version 1.7!!! How about that for some good news? :) We got some good news and bad news, listing them in easy detail: 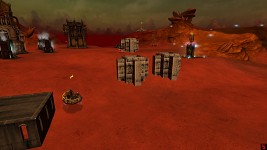 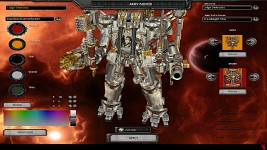 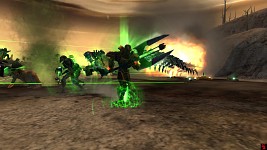 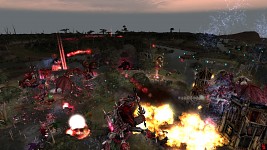 
The mod is almost done to be in our final testing stages. All races are done, all AI is done, icons and polish is almost done (except for a few things), gameplay core was long done a while ago, our intended to be released content is all done. Bugs to be fixed: Almost done. Balance, wincondition insertions, bug fixes, and the final testing stages is all that is left to do (and polishing of new content). We could release a changelog right now this very second, but as the bad news follows...


We have to re-redo an entire faction, the Inquisition Daemonhunters. The Inquisition kinda needed a re-remake over because the race was too complicated for new players to get used to. The Inquisition is now being reworked at this time, will be easier to understand, more awesome, and their content is being remade. This could take a while or it will only take maybe 1-2 weeks to do. Who knows? This is why we test the mod in alpha stages privately. If there is something the crowd will not like, we'll eventually take care of it.

As for the next grandest Release (status):


All percentages are not based on a mathematical equation and are made up by the feel of completion by the developer. 100% completed could take as little as a day or as big as several months to accomplish.

We are now accepting donations! We have our accounts once again all set up and everything, but we cannot post donation links here or other websites, as our chosen donation site needs explicitly made websites that we can use to edit source code. :( If you would like to donate today, be one of our 85 donators by PMing me (Lord_Cylarne) and be put on the list of one of our donators! I'll provide information how to donate upon PM. I wish it were more simple to donate, but atm, this is all we can do. If there is a site you recommend (besides paypal), that will allow donation buttons to be placed on this site for example, let us know ASAP with instructions! Thanks!

The UA mod team thanks everyone for their contributions:


SPECIAL DONATORS:
Those who donated more than once or donated a very generous amount.

This is decent news. Nonetheless, keep up the jolly good work lads! I'm sure we can be patient enough.

In the grimdark future of the 41st millennium, there are things that won't always workout in people's desirable favors.

So we can expect it to be released in february?

If I may ask, without compromising much or anything, what made the Inquisition so complicated? Did they have a REALLY unorthodox tech order or something? Also great news regardless, can't wait to wreck some xenos, mutants and heretics!

Yeah, im curious as to why they are considered too complex! I guess they are far more different than the older version of them?

Not bad and not too good news. Anyway keep working guys :)

And complicate!? Do not really understand here. Truly the Daemon hunter aren't that complicate. Just spam psy-bolt or psy-flamer => win!

For clarification is this the release that involved a campaign revamp or is that .75?

And good to hear that the mod is coming long so well! (a certain amount of hiccups are to be expected in such a grand project)

"The Inquisition kinda needed a re-remake over because the race was too complicated for new players to get used to" - to the mod? or this REALLY old game we all love :P let them learn.... that's what skirmish is about, screw'em!

Inquistion wasnt that hard unless the ua mod changed the entire structure. Orks is harder to figure out to be honest. But if its being restructed then cool. Hope to have more grey knights and less, everything that is not grey knight in the ordo malleus.

Good work guys, i dont find the inquisition so hardly to play, but if we can have better designs and a new tree tech with new units, why not? THE EMPEROR PROTECTS! never forget it.