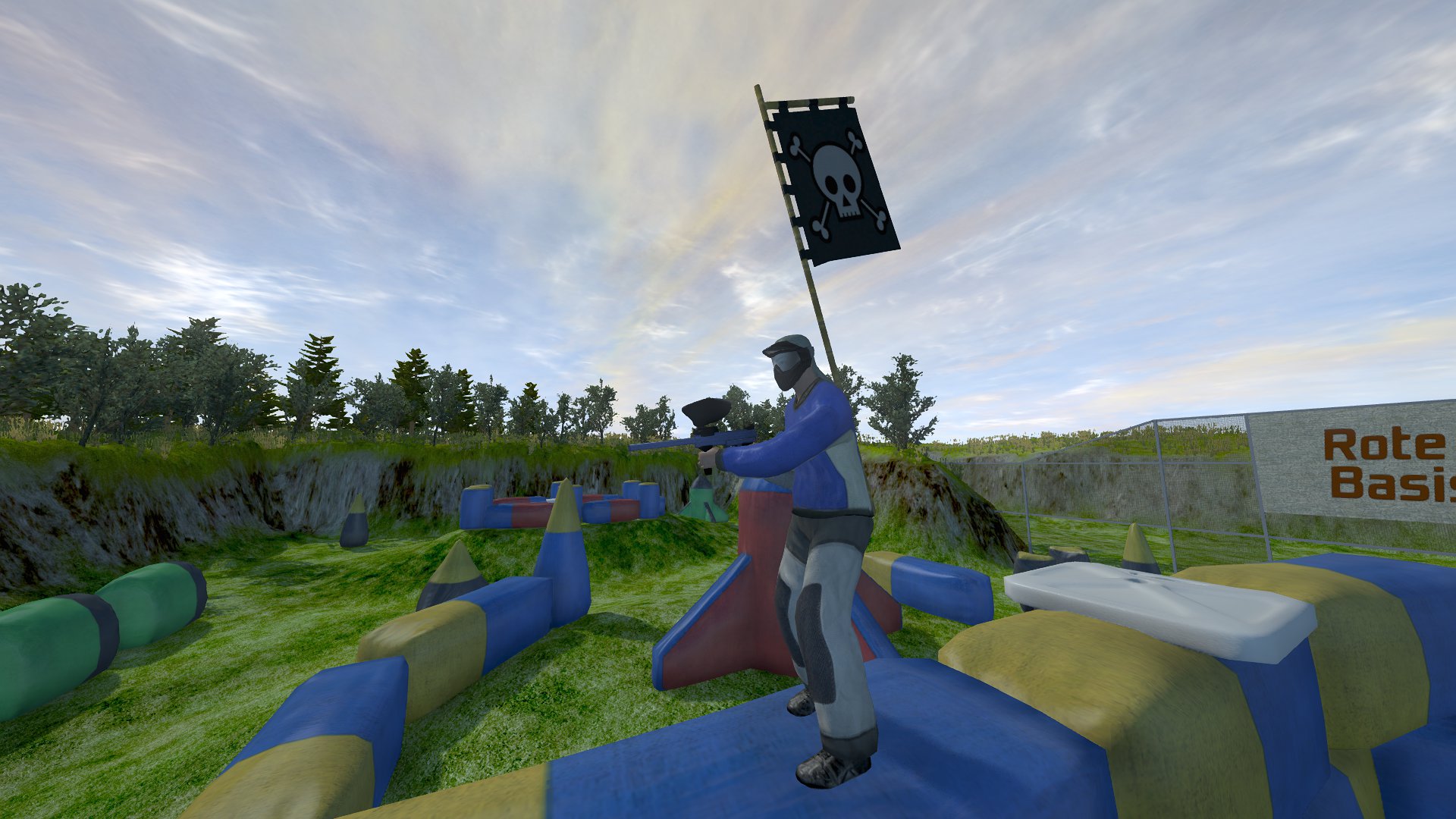 ​The rules for Retrieve the Flag are as follows:

​Each team starts in his own base or on their own side, its the same spawns as in Team Deathmatch. Then players have to get the flag that is placed somewhere in the map on a flag spawner and bring it to a capture point.

​Once a flag is taken it has to be brought to a capture point, which is usually the same model as a flag spawner, but in the team's color. So if you are in the blue team and got the flag, you have to bring it to a blue capture point. The capture point is usually placed in the team's own base/spawn, but it can be placed anywhere depending on map settings and there can also be multiple capture points. The flag can also be thrown, which allows for additional tactical variations, its like passing the ball in football games etc.

​Capturing the flag or killing the flag carrier gives bonus points, but in the end the match is won only through reaching the capture limit.

The new maps are all for paintball game type and are: 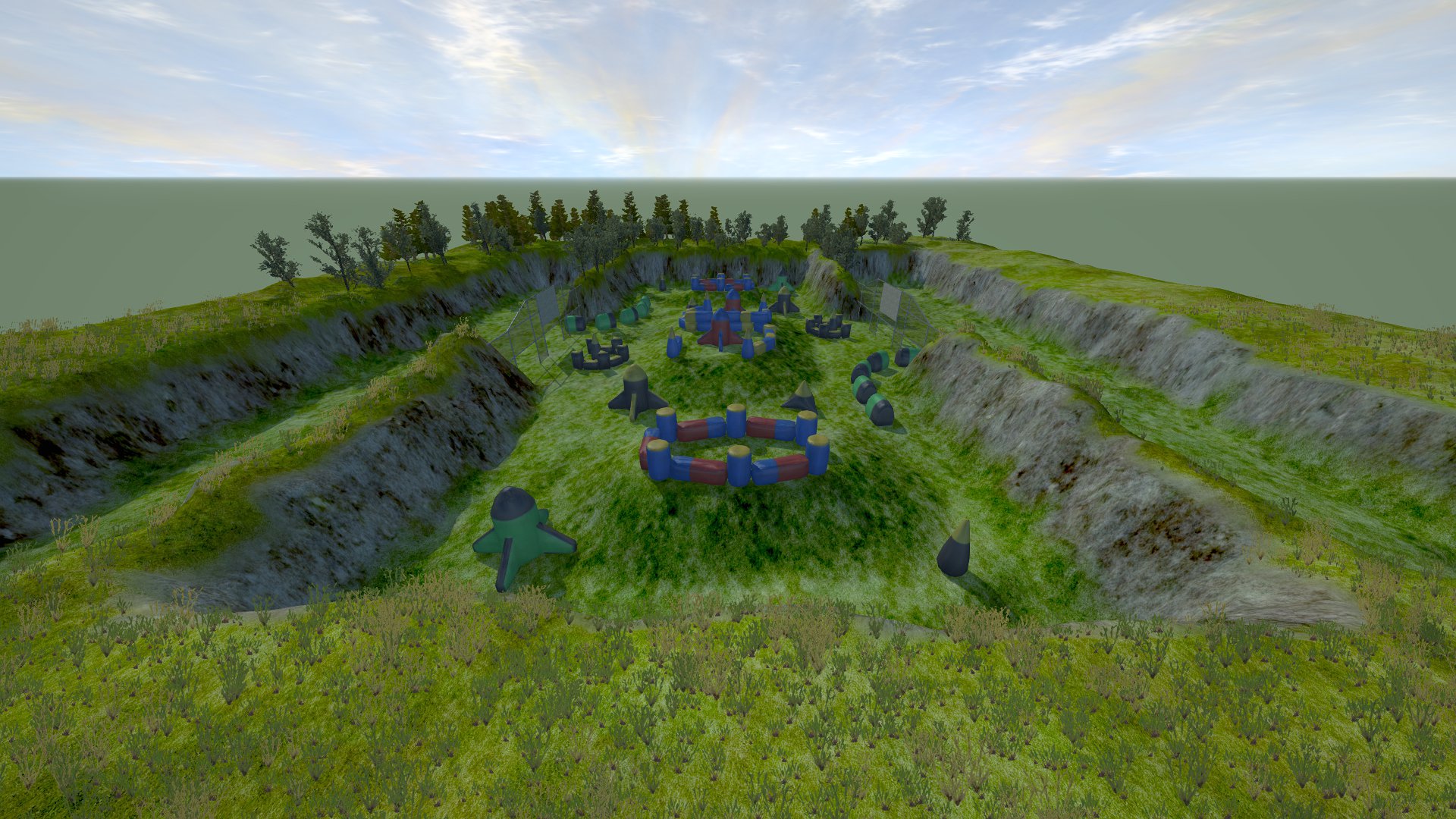 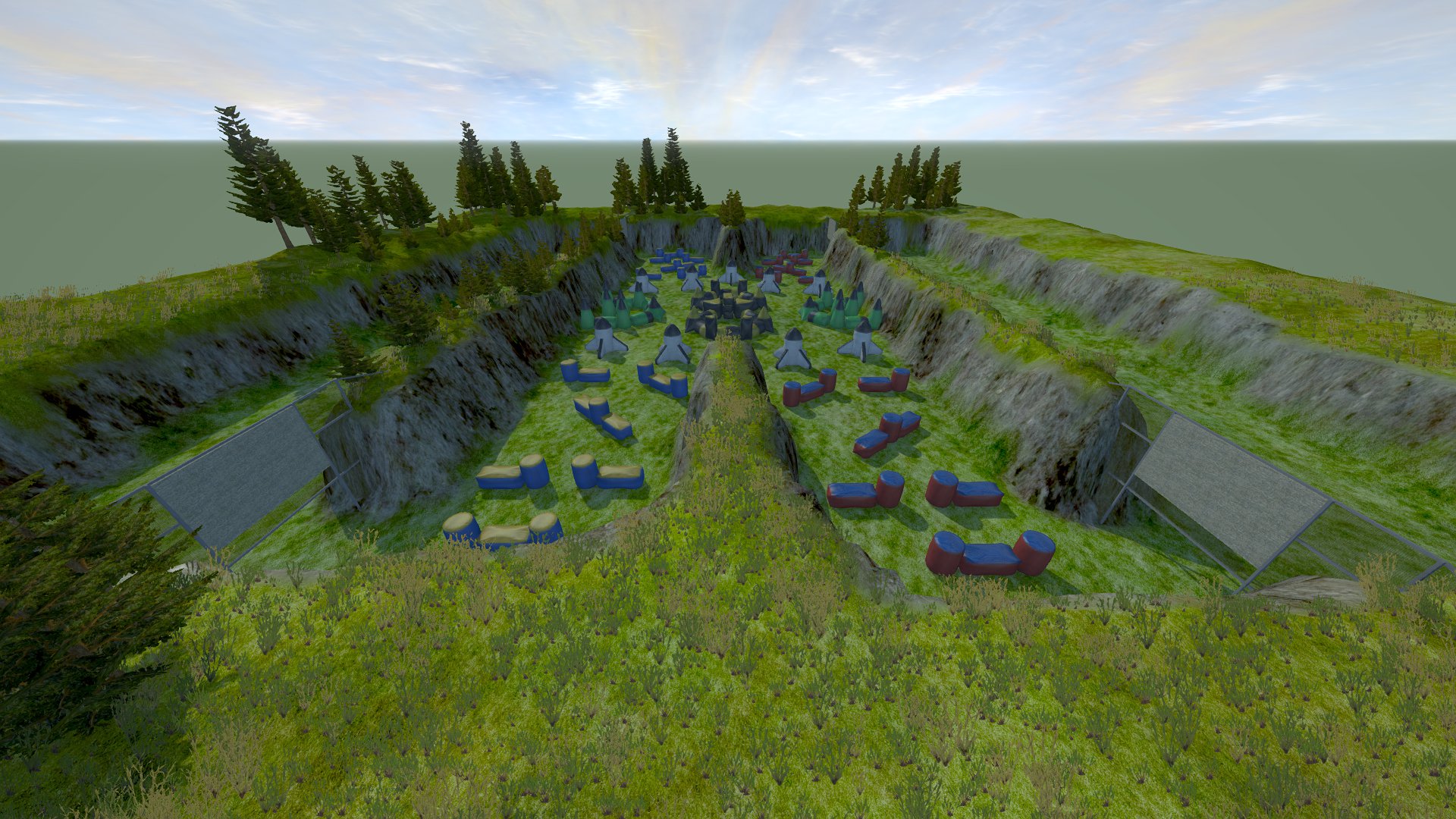 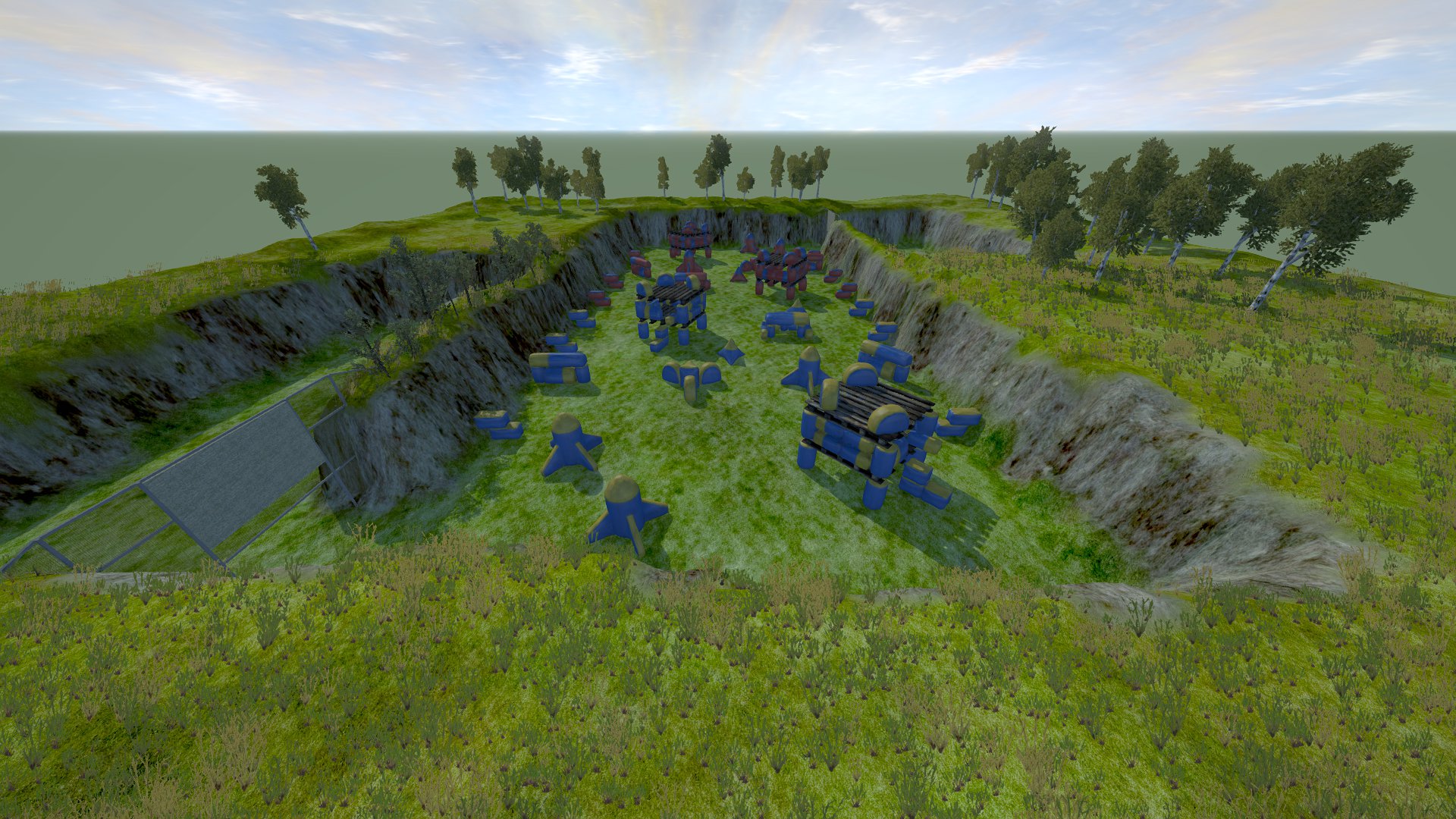 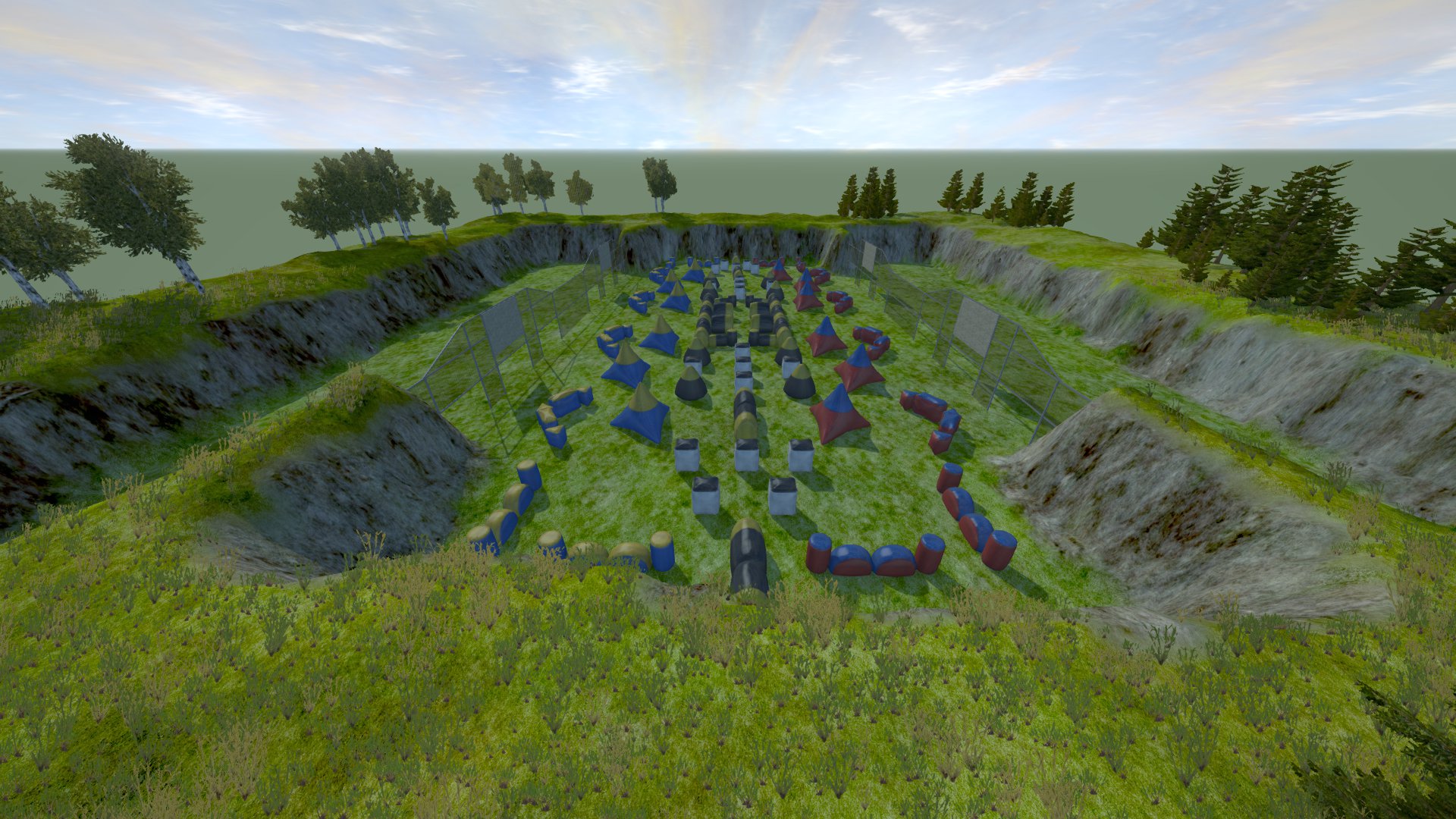 Most of the maps have been upgraded to work with the new game types, except some maps where the RtF game type would not work so well, like the small paintball fields.

Another new feature is that you can set score limits for all game types now in the server options, in case you want to host a game and modify those settings.

Besides all of that there are also some small changes and bufixes, but nothing special, like some changes to the lighting in the dawn missions to make it less dark and new bullet water impact particles and a new denser rain effect.