I've decided to release to playable Alphas of games that are currently in suspended production. Both are wildly different from each other in gameplay mechanics and style. Agent of Fate: An Earthbound-inspired RPG where the player must set right a crazy world. Triune: A puzzle-platformer featuring three distinct characters. The player is given a set of tools and must build their own solutions in order to complete each level.

A Message from The Game Brewery:

Due to my full-time job and need to feed my family, I've had to cut back on production of video game projects over the last year. That's left my latest two projects, Agent of Fate and Triune, unfinished. It's been roughly four months since I've touched either. After becoming frustrated with my own lack of progress, I've decided to release these to the world. Both of these games are in an alpha state. They are playable and there is several hours worth of content in each. I've detailed below in the ways that Agent of Fate and Triune are unfinished as well as the working features. If there's any enthusiasm, there's a large possiblity that I'll continue development on one or both. 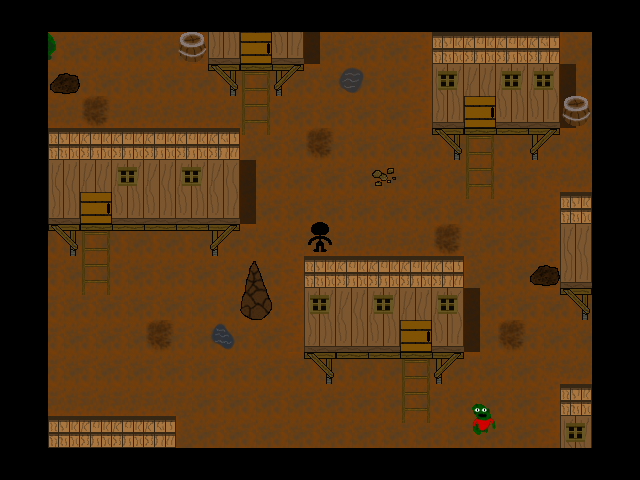 Here's a picture of Pickle Town. It was originally going to be a Goblin Village but I can't draw goblins. I can draw pickle people, though.
Overview:
Agent of Fate is a turn-based RPG with Earthbound-style combat. The player takes on four avatars and is tasked with fixing an insane world's problems. The main design concept was simplicity. Everything is meant to be simple and easy. This was my attempt at messing with the ways a narrative is presented to the player. 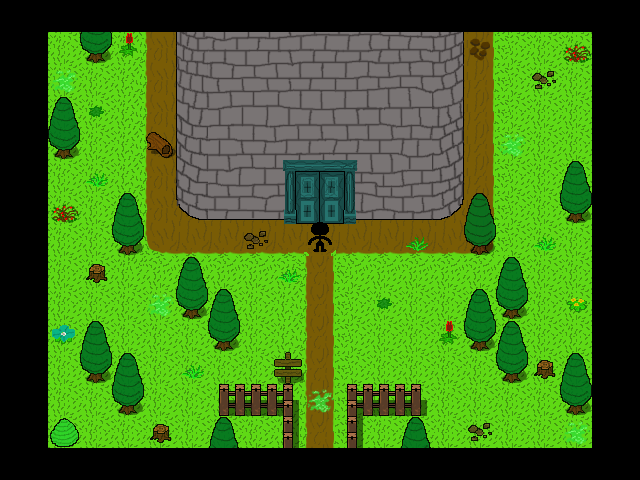 The character's sprite was a trial I did and just went, "Screw it, good enough". 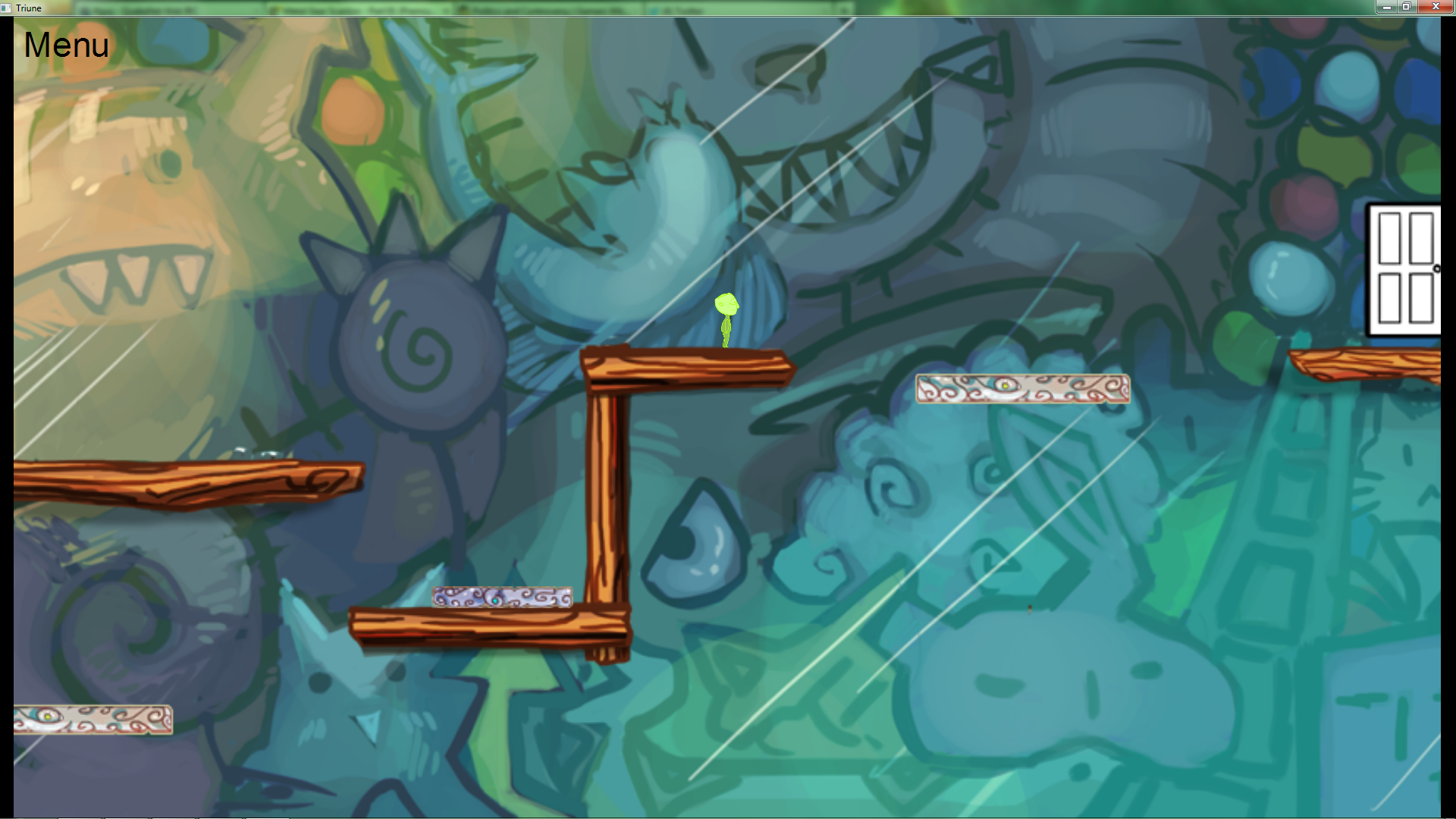 Overview:
Triune is a puzzle-platformer where the player is able to create their own platforms. There is a point system in place which limites the amount of platforms that the player can use in a given level. There are seven available platforms. There is a progression system in place where with each level completed the player either unlocks a new platform or another point they can spend. Each level features one challenge that can only be done after the level is completed once. 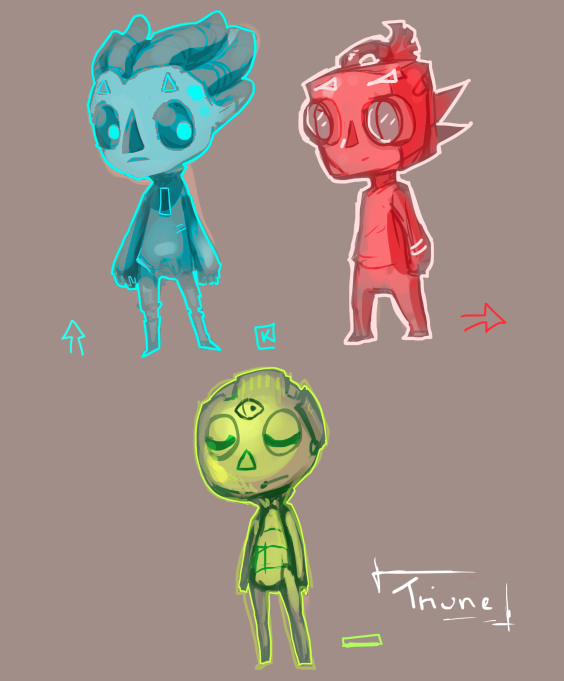